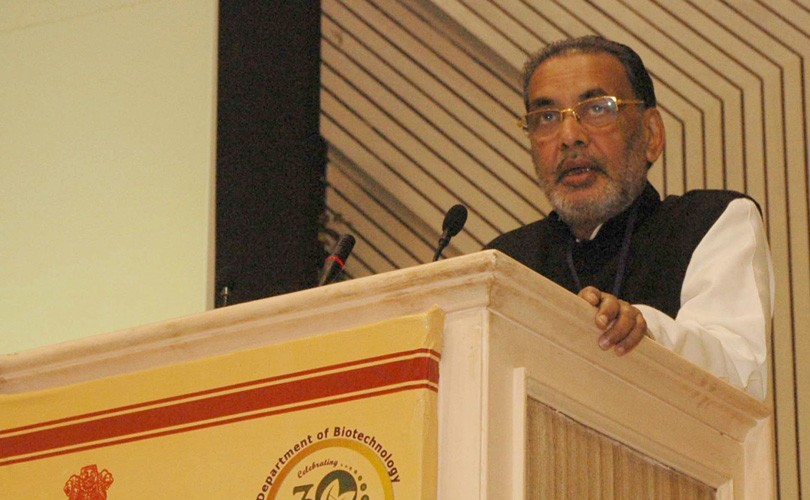 The government converts the notification on compulsory licensing of Bt cottonseed technology into a draft for consultation within five days of issuing it. The flip-flop shows there is little coherence in the government. It is clear that the notification was issued in a hurry. Even the agriculture secretary said he did not know about it when asked for comments on the afternoon of 20th May, reports Vivian Fernandes.

The government has withdrawn the compulsory licensing order on Bt cottonseeds just five days after notifying it. Agriculture Minister Radha Mohan said the notification would be converted into a draft for consultation. Indian Express’s Rural Affairs Editor Harish Damodaran said the reversal happened after intervention from the ‘highest level’ following an outcry from the agri-biotech industry.

The format and terms of licensing of genetically-modified (GM) crop technology were notified on 18 May. They amounted to compulsory licensing in all but name and provoked an outcry from the industry. Swiss seeds and crop protection company Syngenta’s COO Davor Pisk told NDTV on 23 May: ‘My reading of the legislation is that it will hinder the introduction of the latest and best new technologies for Indian agriculture.’

Under the guidelines notified on 18 May, the owner of the technology cannot deny it to seed companies that meet prescribed criteria, namely, valid approvals and license from the regulatory authorities under the Seeds Act and  Seeds (Control) Order and facilities required for breeding and testing GM traits.

The technology owner shall give the license within 30 days of receipt of application along with proof of eligibility, failing which the license would be deemed to have been given.  The agreement will be in a prescribed format.

The fee for new GM traits cannot exceed 10 percent of the maximum retail price (MRP). In the case of Bt cotton, which is the only GM crop approved for cultivation in India, the agriculture ministry has fixed the MRP in March at Rs 800 a pack of 450 grams. It has also set the trait fee at Rs 49 a pack including taxes, down from Rs 180.The trait fee will be reduced by 10 percent annually from the sixth year. The government will fix this fee based on a variety of considerations including the return on investment already earned by the technology supplier.

Monsanto charges trait fee for an insecticidal gene obtained from a soil bacterium which when implanted in cotton makes it toxic to three kinds of bollworms (American, spotted and pink), which are stubborn and deadly pests.

Monsanto asserts that the government is free to fix MRP but trait fees are the domain of private contracts. It has moved the Delhi High Court, which has adjourned the matter till August. Separately, the Association of Biotech-led Enterprises (ABLE) had moved the Karnataka High Court, which had stayed the notification on trait fees but has subsequently lifted the stay. ABLE has appealed.

The notification makes all existing contracts for production and sale of Bt cotton seeds and payment of trait value ‘invalid and inoperative.’ They will have to be executed in the new format within the next 30 days.

A GM trait which loses efficacy shall not be eligible for trait fees. There are reports that the pink bollworm has developed resistance to Bollgard II in some pockets. This is Monsanto’s two-gene insecticidal technology and covers more than 90 percent of India’s cotton acreage.

The Licensing and Formats for GM Technology Agreement Guidelines, 2016 is the latest jab at Monsanto by the agriculture ministry. Last December, it has brought Bt cottonseed under price control nationally. Earlier, prices controls were imposed by states. In March, it cut the MRP by 4 percent, but slashed trait fees by 74 percent. It made a reference to the Competition Commission against Monsanto alleging anti-competitive and monopolistic behaviour. The Commission has ordered an investigation. It has also asked the industry and commerce ministry to withdraw the patent for Bollgard II.

The ministry intervened after eight Indian seed companies, led by Monsanto’s (erstwhile) biggest licensee Nuziveedu Seeds refused to pass on trait fees they had collected from farmers. They said their margins were squeezed after Maharashtra cut the MRP by Rs 100 to Rs 830 a pack last year. Telangana retained the MRP at Rs 930 but cut the trait fee to Rs 90. Monsanto said the trait fee of Rs 180 was valid for MRP up to Rs 930.

The seed companies knocked on the agriculture ministry through the National Seeds Association of India, whose president, Mandava Prabhakar Rao, is also the founder and managing director of Nuziveedu Seeds and its two affiliates. Monsanto terminated the license of Rao’s three companies.  It has filed lawsuits against the others.

Monsanto says the eight companies owe it Rs 430 cr in technology fees which they have collected from farmers but have not pass on.

The agriculture ministry seems to regard Monsanto’s proprietary Bt cotton technology as a standard essential patent (SEP) which must be licensed on fair, reasonable and non-discriminatory (FRAND) terms to promote competition and farmers’ welfare. Monsanto says there is enough competition in the market. Even after the termination of its biggest licensee it says there is an inventory of two crore packets, which will easily meet this year’s demand.

Last year, Prabhakar Rao reportedly forwarded a copy of the August 2014 review of the Colorado Law Review which made a case for FRAND terms to be applied to GM seed patents. There seems to be a meeting of minds between members of the National Seed Association and the agriculture ministry in this respect.

An agriculture ministry official, speaking on a non-quotable basis, said Indian patent law allows farmers, companies and research institutes to use patented agri-biotech traits without permission of the owner. Since the guidelines allow trait fee up to 10 percent, innovators like Monsanto should be grateful. He said Monsanto was wrong in charging trait fee on the predecessor Bollgard I technology without having a patent in India. Whether the guidelines are an over-reach by the agriculture ministry would be tested by the law courts, he said.

Shivendra Bajaj of the agriculture focus group of ABLE said it ‘strongly opposed’ the guidelines which were a ‘huge blow to innovators in the agri-biotech industry.  This order creates an environment of policy unpredictability and arbitrariness of decision-making which is contrary to the recently launched IPR (intellectual property rights) policy.’

While delivering a lecture on farmers’ livelihoods on Monday, Chief Economic Adviser Arvind Subramanian had said intellectual property protection and sanctity of contracts were essential to encourage private R&D in agriculture. ‘More and more we see internationally that R&D is done by private sector actors.’  If India was scared of foreign-produced science and did not have indigenous replacements, it would become more dependent on foreign technology in the long run, he said.

While moderating the discussion that followed the lecture, former  Indian Express editor-in-chief Shekhar Gupta called ‘this establishment the most fearful of agricultural science,’ in his experience.

Scott E Sindelar, Minister Counselor for Agricultural Affairs at the US Embassy in India had told a newspaper that the ministry’s actions against Monsanto sent ‘signals to US investors that may not reflect the opportunities in India.’

The May 18, 2016 notification on licensing of genetically-modified traits in cotton can be accessed at egazette.nic.in under section on Ministry of Agriculture.