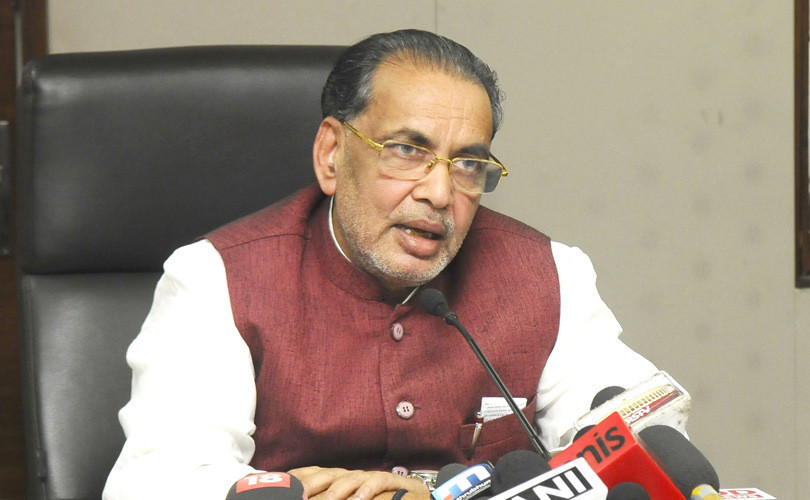 The Agriculture Ministry headed by Radha Mohan has notified a sharp, 70 percent reduction in fees payable to Mahyco-Monsanto Biotech (MMBL) for its patented cottonseed technology disregarding the company’s threat that  it would have ‘no choice but to re-evaluate every aspect of our position in India,’ if this were to happen.

The issue has acquired nationalist Vs multinational overtones and might deter investors from ‘make in India.’

The ministry has set the maximum selling price for a 450 gram pack of the genetically-modified seeds known by the trade name Bollgard II or BG-II at Rs 800 for the whole of India. This includes a technology fee of Rs 49 and seed value of Rs 751.

The maximum selling price of the previous version called BG-I has been fixed at Rs 635. The ministry has said no technology fee is payable for it, as it is off patent. BG-I was the first genetically-modified cottonseed which India approved for cultivation in 2002.

MMBL was charging Rs 163 per pack as technology (trait) fees for BG-II, which has two insecticidal genes obtained from agro-bacteria for greater resistance to a deadly pest called bollworm. It has been asserting that trait fees are governed by private agreements and cannot be decided by the government. Trait fees are different from royalty for which MMBL charges a lumpsum when licensing the technology.

The agriculture ministry had brought Bt cottonseeds under price control last December. MMBL has moved the Delhi High Court against the order, and specifically against government regulation of trait fees. But it failed to obtain relief at a hearing on Wednesday 9 March. The next hearing has been fixed for 23 March.

Currently, various states have price control orders. Maharashtra had fixed the price of BG-II at Rs 830 for the 2015 sowing season, ahead of the monsoons. The rate in Telangana, Andhra Pradesh, Gujarat, Tamil Nadu and Karnataka is Rs 930. In Punjab and Haryana it is Rs 1,000. The central government order supersedes them.  It introduces a single price for the whole country.

Earlier attempts by states to fix trait fees were quashed by courts, though they have upheld their authority to fix prices.

The nine-member price committee set up by the agriculture ministry did not have a representative of MMBL though BG-II covers nearly all of India’s cotton acreage. Except for a farmer representative, the rest were government nominees.

‘We are in the process of examining the notification in detail and will be able to comment only after we study the document in its entirety,’ MMBL’s spokesman said.

Kalyan Goswami, the Executive Director of the National Seeds Association of India (NSAI) said it was ‘pleased to note that the farmers’ voice had been heard by the Ministry of Agriculture.’ NSAI had asked the ministry to lower the trait fee because BG-II technology was facing ‘redundancy.’ NSAI is a party to the dispute in the high court.

There have been reports of pink bollworm developing resistance to the technology in parts of Gujarat, Maharashtra and Telangana. The state-owned Central Institute of Cotton Research had said about ten percent of the crop had been affected.  But the resistance can be managed. The technology is still effective against other varieties like the American bollworm and the spotted bollworm.

‘We strongly oppose the decision… as it violates the principles of free market economics,’ Shivendra Bajaj, Executive Director of the Association of Biotech-led Enterprises – Agriculture Focus Group (ABLE-AG) said in a statement. ABLE-AG is a grouping of 13 agri-biotech companies. ‘By slashing trait fees the government has clearly shown that it is going for short-term populist measures rather than supporting innovation…The decision will be detrimental in the long run as companies may have to reconsider their investments in seed-based R&D … due to the current uncertain environment,’ Bajaj added.

An ‘us’ versus ‘them’ tussle is suspected. The President of NSAI is Prabhakar Rao, the founder and managing director of Hyderabad-based Nuziveedu Seeds Limited (NSL). MMBL has terminated the licenses of NSL and its two subsidiaries, which were its largest franchisees.  MMBL says the three companies have not paid it about Rs 165 cr in trait fee dues collected from farmers. Rather than settle the dispute, NSL through NSAI had taken the issue to the agriculture ministry.

The ministry has also made a reference to the Competition Commission of India (CCI) to investigate MMBL for abuse of dominance. CCI has obliged.

There has been a virtual (not formal) split in the NSAI, with multinational members of the association opposing the NSAI’s official stance in favour of price control and reduction of trait fees.

Many newspapers have been warning the agriculture ministry against sending a message that would unnerve investors. The Economic Times in an editorial on 7 March had said the government must ‘try competition, not price control.’  It said rival technologies to BG-II must be encouraged through public research.

‘GM animus dooms Indian farmers: Innovation, not price control is the answer to affordable Bt cotton technology,’ was the headline in Times of India’s op-ed article by Kiran Mazumdar Shaw, the chairman and managing director of Bengaluru-based Biocon.

‘Desist from messing up with the cotton sector which has flourished thanks to GM seeds,’ the Business Standard said in an editorial on 8 March. Since the government had neither financed Bt cotton technology not subsidized it, it should keep off, the paper said.

‘At a time when, thanks to global warming, India needs more seeds that are heat/drought/flood resistant, it is critical not to disincentivise firms like Monsanto,’ the Financial Express had said in an editorial on 22 February.

While government is talking about make in India; its ministers seem to be unmaking it.

You may also wish to read Harish Damodaran’s piece in the Indian Express on the government’s differential treatment of pharmaceutical and agricultural patents. A US business lobby, he says, has noted with satisfaction the government’s restraint in issuing compulsory licenses for patented drugs even when not easily available or exorbitantly priced. But it issued a notice to Mahyco Monsanto Biotech on 3 March, 2016 asking why the patent on Bollgard II should not be revoked, though the seed is easily available and few farmers have complained about the price.