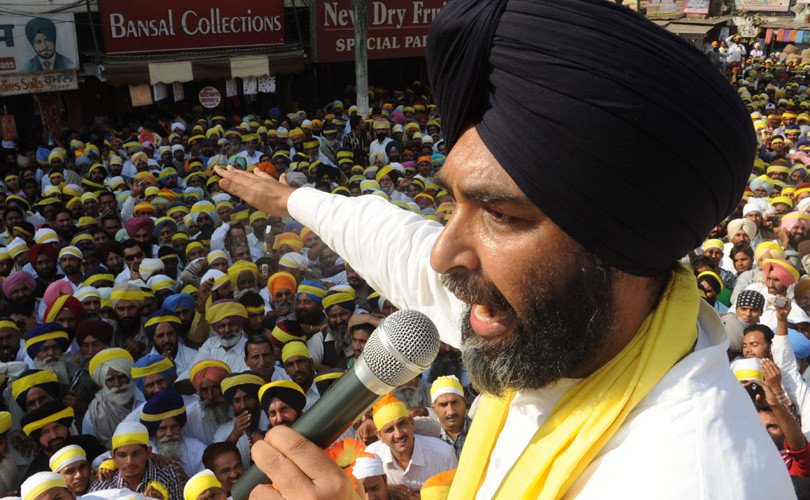 Manpreet Singh Badal was finance minister of Punjab for five years till 2010. He fell out with Chief Minister Parkash Singh Badal over the state’s mounting debt. In a telephonic conversation with Vivian Fernandes, the founder of People’s Party of Punjab says the state’s politics is wrecking its mainstay.

The Punjab farmer is lurching from one crisis to another, says Manpreet Singh Badal, former Finance Minister of the state and President of People’s Party of Punjab. Earlier this year, the potato crop was damaged due to untimely rains and a countrywide glut brought prices crashing down. Punjab’s cane farmers have not been paid because mill finances are stretched. Now, the whitefly outbreak has destroyed swathes of cotton in the Malwa belt. It has taken quite a toll in the districts of Bhatinda, Abohar, Fazilka, Muktsar and Mansa. Some farmers had just ploughed the cotton plants under without bothering to pick whatever little cotton was on the plants. White fly had also affected guar (whose prices have fallen in sympathy with those of crude oil) and vegetables like Okra. Basmati, which was selling for Rs 3,000-3,200 a quintal last year is going at half the rate because there is little export demand, says Amritlal Gumber, paddy farmer and commission agent at Fazilka’s new grain mandi. The paddy crop has also been affected by neck blast. The damage is around ten to twenty percent, but Jagtar Brar, 57, a farmer of Mehma Sarja village, near Goniana Mandi in Bhatinda district, says that is just about the profit they make on the crop.

Badal sees these as ‘symptoms’ of poor governance and unfocussed leadership. Badal, the estranged nephew of the state’s chief minister was expelled from the Shiromani Akali Dal in 2010 for voicing concerns about the state’s huge debt problem. Punjab’s finances are stretched because of free electricity and rampant corruption, he says. In the agricultural sector, this is telling on research. Badal says Punjab Agriculture University has not introduced a ‘single new variety of cotton in the past ten years or a single new variety of wheat in the past four years.’ (These assertions have not been independently verified – editor) He says the university is struggling to pay salaries; it has hardly any money for research.

Badal wants Punjab to move out of rice and cotton. Rice cultivation should shift to eastern India, which, he believes, is the ‘real food bowl,’ of the country. He sees poor leadership also at the centre, in its inability to approve Bt cotton varieties beyond Bollgard II or other genetically-modified crops that would enable crops to be climate resilient and extract better yields.

Punjab needs to focus on dairying, fruits, vegetables (Badal is himself a citrus farmer) and Bt maize. Bt maize, he says, will solve Punjab’s problem of ground water depletion and surge in electricity consumption around paddy transplanting time.

As finance minster for five years till 2010, Badal says he had proposed that every farmer should pay Rs 1 for every quintal of rice procured by the government (currently at Rs 1,450 a quintal). This would over ten years built up into a substantial amount, and the interest would help PAU do quality research. Instead, the university has been ‘run aground.’

If farmers were given timely advice about what to grow and what not to, and if they were warned well in advance about the whitefly outbreak, they would not have been out on the streets. Badal does not see a future for Punjab’s agriculture unless its politics is reformed.