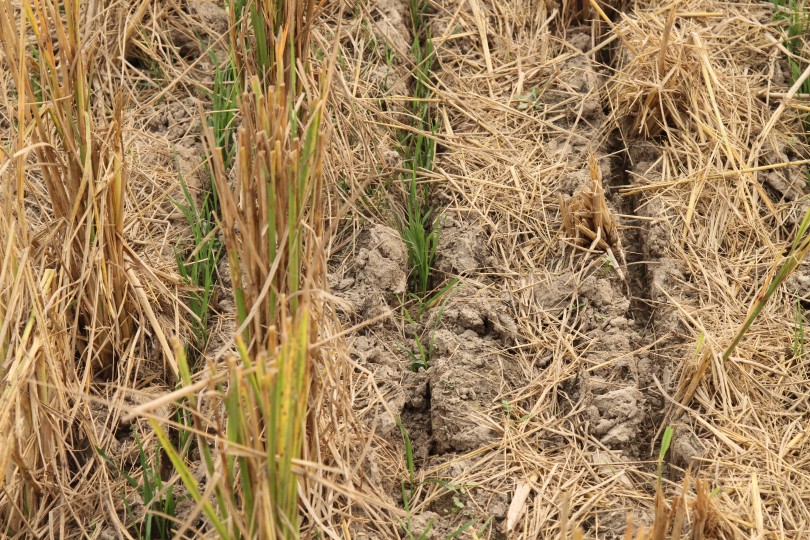 Ahead of the paddy harvesting season next month, the Punjab government has announced a subsidy of Rs 50,000 for straw management devices to be fitted on to combine harvesters, reports Anju Agnihotri Chaba of the Indian Express.

This follows the order of the National Green Tribunal on 1 September to the governments of Punjab, Haryana, Uttar Pradesh and Rajasthan to provide details of incentives provided mainly to small farmers to dissuade them from burning paddy stubble, she reports.

The clearing of paddy fields for wheat planting in a narrow window of three weeks in this part of the country has been done by setting paddy stubble on fire resulting in thick pollution over northern India during the winter months.

The straw management device is a fan that spreads straw evenly across the field. The straw acts as mulch and prevents weeds from sprouting. It also conserves soil moisture and by decaying over time, adds to the soil’s content of organic matter, enriching it and creating a micro-ecosystem for beneficial microbes to thrive.

Without the device harvesters pluck the grain and leave stubble of about a foot in the field. With it, the stubble is cut closer to the ground and the straw is chopped and spread across the field.

The report says Sukhwinder Singh of village Sarai Jattan in Kapurthala district’s Sultanpur Lodhi tehsil has not burnt stubble since 2006. Till 2014, he used to plough the straw into the field. Since then he leaves it on the surface and sows wheat through the mat of spread straw using a tilling machine called Happy Seeder. Singh has three harvesters with straw management devices and uses them on 250 acres, including 40 of his own.

Jagdeep Singh of village Kanoi in Sangrur district and tehsil says his village has taken a pledge to adopt no-paddy-stubble-burning farming on the entire 800 acres of paddy fields. Singh used combines fitted with straw management devices on eight of 40 acres of paddy last year. The district collector of Sangrur had last year taken strict action against stubble burners and compelled them into adopting environment friendly practices like conservation farming where stubble is seen as a resource rather than as waste to be burnt.

Manmohan Kalia, joint director of Punjab Agriculture University is quoted as saying that about 8,000 self-propelled combines which harvest 95 percent of the state’s paddy area can be fitted with the device.

Sarabjit Singh, owner of Dashmesh Mechanical Works, a leading combine maker near Nabha, says he had fitted about 50 combines with the straw management devices in just a couple of weeks and thinks it is a viable alternative to the problem of burning paddy stubble.

But weed management is an issue in fields where conservation farming is practiced. Farmers, this website has spoken to are not adept at applying herbicides to check weeds. They also get anxious when they see their crops do not look neat in straw-covered fields.

In an interview to this website last year, Punjab Agriculture University’s Vice-Chancellor Baldev Singh Dhillon said his institute’s researchers were trying to discover bacteria that could digest the straw in a few days. He thought this was a better alternative, though there are other scientists who think straw is best left in fields to degrade by itself.

This website has been an advocate of conservation farming. You may read those stories here, here and here.

(Top photo by Vivian Fernandes of wheat shoots in paddy straw covered fields at the Borlaug Institute for South Asia, Ludhiana, in 2016).