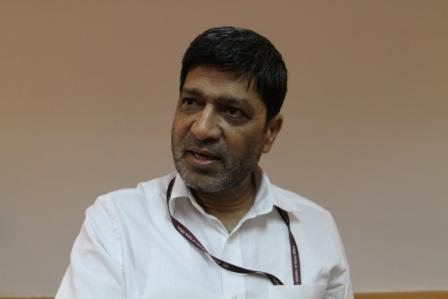 Secondary agriculture is an important and independent activity and a division needs to be created in all the three departments of the agriculture ministry to promote it, says the Doubling Farmers’ Income (DFI) Committee, headed by Ashok Dalwai, CEO, National Rainfed Area Authority, in its 9th report uploaded on the ministry’s website.

Fifty-four percent of India’s net sown area is rain-fed and farmers are gainfully employed in the primary activity of farming only for about 180 days. Since land cannot be expanded, farmers can add to their income by increasing the “vertical elasticity” of resources they have, that is, land and labour.

Any activity on the farm that is done beyond the kharif, rabi and zaid seasons is secondary agriculture, it says.  Income- generation activities that use crop residues ─ paddy straw, fodder blocks and crop residue briquettes, would qualify. All output from farming has inherent value and nothing should be considered as waste if it is put to gainful use, the committee notes. Cleaning, sorting and grading of agri-produce to make it saleable, bee keeping,  mushroom cultivation, backyard poultry, dairying and sheep rearing ─ in short, activities that utilise the spare time of the family also qualify as secondary agriculture.

The committee redefines a farmer’s productivity as income per man-day and not just yield per acre or hectare.

The term “secondary agriculture” has not been defined in India. It refers to a level above primary and commonly means agro-based manufacturing. The Planning Commission had constituted the Technical Advisory Committee on Secondary Agriculture in 2007. It submitted its report in October 2008 but stopped short of defining it. It said the term “is very broad as it includes all food and non-food bio-resource-based products for human and industrial use.”

In the US, primary agriculture means cultivation, tilling of soil and growing and harvesting of any agricultural commodity. Secondary agriculture is “performed either by a farmer or on a farm as an incident to or in conjunction with such farming operations.” It includes “assembling, ripening, cleaning, grading, sorting, drying, preserving, packing and storing” fruits and vegetables but does not include processing of fruits and vegetables from their natural state.

Citing examples, the DFI Committee notes that composting has been attempted for several decades but needs a fresh approach that focuses on its commercial viability as an enterprise, The committee “strongly recommends” expenditure on extension and marketing to make compositing a profitable business. In the committee’s view, it can generate large number of jobs and enhance rural income.  It calls upon the government to exempt traded compost from Goods and Services Tax and make it eligible for concessional finance by associating it with the Swachch Bharat Abhiyan or Clean India Mission.

Establishment of custom-hiring centres by youth “can create a whole layer of service industry in rural areas,” the committee notes. They need to be trained, given financial incentives and integrated with farm machinery manufacturers. This, according to the committee, would help stem distress migration to urban areas.

“A new and emerging area with additional non-farm income stream for farmers,” in the committee’s view is solar electricity generation and sale to grids in rain-fed areas. This will complement the government effort at promoting solar pumps.

The committee notes that activities that have been practiced for long in rural areas need to be “mainstreamed” and made part of departmental development schemes. These are bee-keeping; making products from palmyra palm, eucalyptus, neem, bamboo, coir, daincha, mahua, aloe vera and babui grass; bull and ram servicing and sericulture.

The share of agriculture in rural income is falling. The DFI Committee wants to reverse this trend and increase the contribution of agriculture.

Rural India’s output grew seven-fold between 1970-71 and 2012-12 but employment did not even double during this period. While a chunk of the rural workforce withdrew from farming, much of it did not join non-farm sectors.  It sought employment in manufacturing, construction and the services industries.

Correction: An earlier version of this report said Ashok Dalwai was Additional Secretary. He is now CEO, National Rainfed Area Authority, with the rank of Secretary).