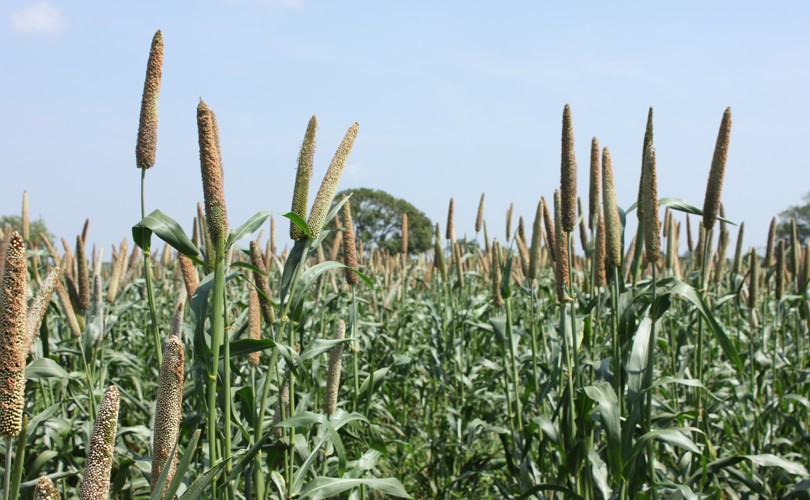 Charu Bahri, an editor based in Mount Abu, Rajasthan, writes about how mono-cultivation of groundnut made a once profitable crop a losing proposition in rain-fed Ananthapuramu district of Andhra Pradesh and how millets are reviving the rural economy there. This is an IndiaSpend story, which is a data journalism initiative.

Of late, I have gone retro in my choice of cereal, preferring sorghum and a variety of millets over wheat and rice — staples I have grown up eating. In the 1960s, the average annual per capita consumption of sorghum and millets was 32.9 kg, roughly eight times the 4.2 kg an urban Indian ate in 2010.

If this area dwindles further, India stands to lose (a) a crop that is native to the sub-continent, according to a study detailing the origins of food crops, and offering sustainable livelihood; (b) an opportunity to address malnutrition among children which is among the worst in the world; and (c) a chance to ensure food security in the eventuality of droughts triggered by climate-change.  Pearl and finger millet can make do with 28 percent of paddy’s water.

Through the 1970s and 1980s, as the Indian taste for cereal tilted towards wheat, Ramanjaneyulu, a farmer of Kogira village in Andhra’s south-western district of Ananthapuramu, switched to growing only groundnut instead of a mix of pulses, millets and oil seeds. So strong was the influence of government policies pushing the cultivation of oilseeds to enhance India’s edible oil production that by 1990, 90 percent of the district’s farmers had changed over, making Ananthapuramu India’s top groundnut- growing district by area, said Choitresh Kumar Ganguly, co-founder, Timbaktu Collective, a nonprofit that hopes to revive Ananthapuramu’s agrarian economy. For perspective, Ananthapuramu had 8.70 lakh hectares under groundnut in 2009, roughly half of Andhra Pradesh’s 17.66 hectares under the oil seed. But the switch had cost Ramanjaneyulu dear. A hectare in Ananthapuramu yielded about 115 kg of groundnut in 2009, the lowest yield in 13 years, less than a fifth of the district’s 656 kg /ha average of the previous 12 years.

To find out why and how Ramanyaneyvulu made a profitable switch to foxtail millets read the IndiaSpend story.