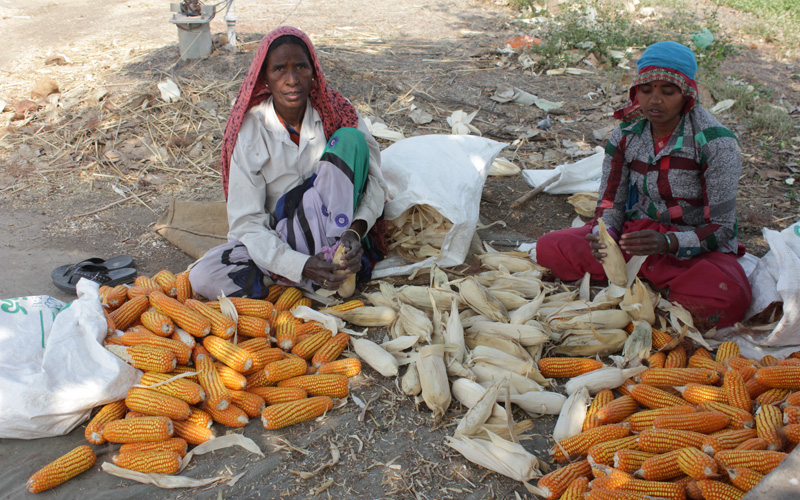 Director of Indian Agricultural Research Institute (IARI) until last year, H S Gupta is Director-General of the Borlaug Institute for South Asia (BISA. He believes India must prepare for climate change by focusing on maize, wean Punjab from water-soaking coarse rice, and get it to grow basmati rice in a water-frugal manner. Gupta also wants Quality Protein Maize to be promoted, to address the country’s protein deficiency. This would make maize, a feed crop, more of a food crop, he tells Vivian Fernandes

Quality Protein Maize was developed by an Indian, Sudhir Vasal, along with Evangelina Villagas in the 1990s, at Mexico-based  CIMMYT, which is one of two promoters of BISA.  But less than one percent of maize in India is QPM.  How do you promote it?
HSG: QPM has got a better quality of protein whose biological value (absorbability by the body) is double that of normal maize. And in India we have almost 80 percent people who are protein deficient. Therefore if we are going to really help overcome protein malnutrition we must promote cereals which have a better quality of protein and QPM has highest biological value of more than 80 percent. Rice has 70 percent and wheat has 57 percent. So QPM is a candidate for overcoming protein malnutrition. The private sector has been associated with the growth of maize in India in a big way during the last ten years. We are trying to rope them in so they start producing good quality hybrids. Presently, none of them has QPM hybrids.

What is the incentive?
HSG: Productivity of QPM and normal maize is the same. We are advocating to the government that QPM should be a separate segment and it should give a better price to farmers for it.

What is the point in announcing higher prices if there is no procurement?
HSG: Yes, you are right. Government has not been procuring but the selling price of maize has been most of the time higher than the MSP (minimum support price). Therefore farmers did not bother about procurement. Only this year market price is lower than MSP.

Do you expect the market to reward QPM?
HSG: Definitely. Once we spread awareness that QPM is of better quality, that it is healthier and nutritious, demand will rise.

Is it good for animals too?
HSG: For animals, the conversion ratio of QPM is higher than normal maize. You have to give less quantity of QPM to get the same gain. Second thing, quality of meat in poultry and early egg-laying are two important characteristics which will generate demand for QPM.

What else can the government do?
HSG:  It must ensure that seed production of QPM is encouraged. Those private players who produce QPM should get some incentive so that they can take it to farmers.

Is India focusing enough on maize?
HSG: India has not been focussing on maize adequately enough. We need to focus more on production and productivity because our requirement is going to increase further.

Is it because it is more climate-resilient?
HSG: One of the reasons is because of climate change. It is more resistant to diseases and pests and most importantly it is a C4 crop which means it is more efficient (in converting solar energy) than wheat and rice.

The government wants farmers in Punjab to take some land out of rice and grow maize. But it is not happening to the right extent?
HSG: There has to be a two-pronged strategy. They may not stop growing rice but we have to make sure that they cultivate only those varieties of rice which are high value and consume less water. We have to discourage them from growing normal coarse grain rice.  Instead, they can definitely grow more maize which will be equally profitable as coarse rice.  We are also advocating that basmati rice be grown under conservation agriculture conditions, which will give them the same yield with half the water.