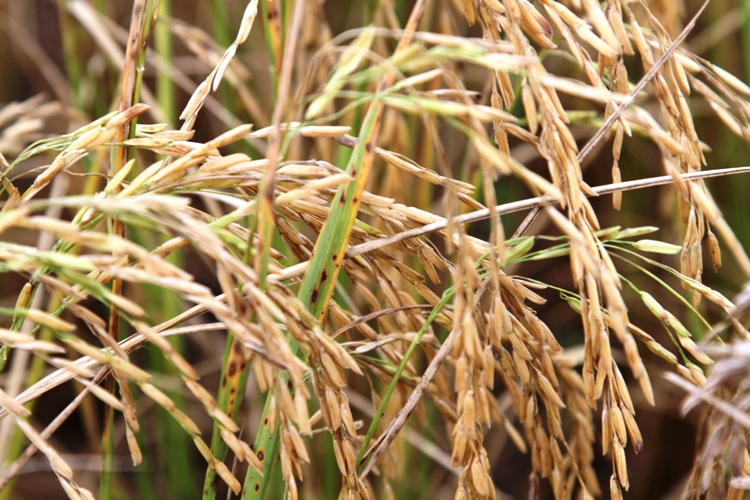 With a few exceptions, private seed companies have not been honest partners of IARI, reports Vivian Fernandes.

Private seed companies have made high-yielding rice and wheat seeds developed by the Indian Agricultural Research Institute (IARI) available to more farmers than it could have on its own or through state seed corporations but it wishes they were honest in royalty payments.

IARI, also known as Pusa Institute, had released Pusa Basmati 1509 for planting in the 2013 monsoon or kharif season. It is a short duration variety which matures in 120 days, or 25 days earlier than Pusa Basmaii 1121, which was released for planting in 2003. This means fewer irrigations and less water. It yields 7-8 tonnes per hectare (ha) with aromatic grains that elongate to over 20 mm upon cooking.

Seed companies were told not to sell the seed early, but they could not resist demand from north-west India’s wheat farmers who wanted to squeeze in a rice crop before planting potato.  It should have been harvested between the third week of October and the first week of November for “fantastic” basmati quality, says IARI’s Joint Director (Research) K V Prabhu. But potato farmers planted early and harvested it in September when temperature was high. The grain did not set in properly because the enzyme which synthesizes starch in heat-sensitive. Millers had paid high rates for the rice, but prices crashed the following year when the rice turned brittle upon aging, the percentage of broken grain was quite high and the aroma had faded. “I kept warning farmers in every programme, every mela, wherever I went in Punjab and Haryana,” Prabhu said. “I blame industry for being the big partner in killing this wonderful product for the country,” Prabhu said.

In 2003, IARI had released a common rice hybrid called (Pusa Rice Hybrid) PRH-10. It was the first hybrid to be commercialized by the public sector in India. Since it could not produce enough breeder seed to supply to licensees for multiplication, it engaged Indian Foundation Seed & Services Association (IFSA) of the Barwale Foundation. The foundation is named after the founders of Maharashtra Hybrid Seed Company (Mahyco), which in association with Monsanto has brought genetically-engineered Bt cotton to India. The arrangement worked well for about five years. IFSA diligently paid royalty for the female lines it sold to the licensees. But IARI did not track the amount of seed which the licensees sold and was cheated by them on royalties. Prabhu says IARI made the mistake of giving them both the parental lines which freed them of the need to return to IARI year after year. But the non-exclusive licensing arrangement created pricing pressure and farmers got seed at competitive rates, which expanded their access to it.

Another mistake which IARI did was to insist that licensees not sell the seed under their own brand names. All the packets were to be labelled PRH-10, licensed by IARI. With the result, some seed companies cut cost by not adhering to quality standards. The quality and the size of the harvest varied from farm to farm, but no action could be taken against seed companies because the licensees had either not given invoices or farmers had not retained them till harvest time.

“When JK Seeds wanted to brand it as JK RH10, we protested”, said Prabhu, “without realising the good thing they had gone. It was a learning experience.”

In 2011, IARI released the wheat variety HD 2967 which saw 1,300 quintals of seed being indented in the very first year. This was quite a high quantity by IARI standards. By the third year, the volume had risen to more than 3,000 quintals. In 2016, orders for 3,126 quintals were placed. Except for 97 quintals, the rest of the demand came from private seed companies in eastern India.

Rather than relying only on a few seed companies, IARI involved about 16,000 seed farmers as well. They were given 2 kg each of breeder seed with which to produce foundation seed. Because of personal attention they gave to the crop on their small plots, they were able to produce 500-600 kg of foundation seed from every kg of breeder seed, against the norm of 50-60 kg, Prabhu said. This is because the wheat variety has “fantastic tillering quality.” If plants are spaced right, they can give 35-50 tillers (secondary shoots), against 5-6 when planted densely on a large scale.

For HD 2967, IARI licensed 49 seed companies. Because of its reputation, the variety that followed, HD3086, secured 107 licensees in the very first year, followed by 102 more companies the following year. But many companies did not honour their royalty commitments, taking advantage of a separate indenting system involving the Department of Agriculture and the National Seed Association of India. There were exceptions like the multinational Syngenta and the Tata-owned Metahelix Life Sciences, Prabhu said. This year, IARI has proposed that DAC accepts indents only from licensees.

IARI says it is not fixated on royalty. It is just that royalty payments help ensure traceability and quality assurance. Royalty with honesty will work for the larger good of both farmers and seed companies in the long run, it says.