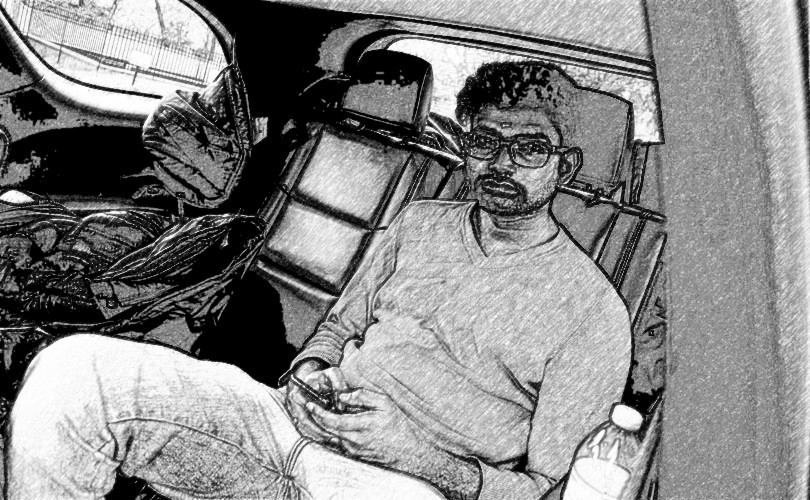 In this article which was sent to us on his own Chandu Narasingu argues that Mahyco and Monsanto are responsible for the deliberate or unintentional release of unapproved herbicide-tolerant cottonseed in the Indian market. He says it is their business strategy to create demand before approved GM traits become available.

(These are the views of the author and not necessarily those of this website. This article is being published to give readers an idea of the thinking that prevails in a section of the Indian seed industry which resents the hold of MNCs on the GM cottonseed market).

Monsanto and Mahyco (Maharashtra Hybrid Seeds Company) tend to release their genetically-modified (GM) seed technologies into the market or the environment deliberately before they are approved to create urge or inclination among the farmers so that when the GM technology gets approved, there is demand for it. This has been Mahyco and Monsanto’s business strategy from decades.

Under the guidance of the Review Committee on Genetic Manipulation (RCGM), Mahyco conducted Biosafety Research Level-I  (BRL-I) trials on Bollgard II Roundup Ready Flex (BGII RRF) or herbicide-tolerant (HT) and insect-resistant Bt cotton. It applied for BRL-II trials in 2010. This is mentioned in the May 2010 minutes of the 100th meeting of Genetic Engineering Appraisal Committee (GEAC). Along with BRL-II trials GEAC gave permission for production of BGII RRF cottonseed on 25 acres, from where they were intentionally released.

In March 2013, Mahyco applied for environmental release of BGII RFF cotton technology. But on 5 July, 2016, it withdrew the application.

In its letter to GEAC, Mahyco said it had been “eagerly pursuing our application” for approval of the trait since March 2013. “Regrettably due to some dramatic recent developments we have been compelled to re-evaluate the pursuit of our application.” It said the “recently proposed changes to licensing of technologies… has alarmed us and raised serious concern about the protection of intellectual property rights…” While technology providers were earlier able to negotiate license terms the notification issued under the Essential Commodities Act, 1955 provided for compulsory licensing and fixation of license fees or trait value. This not only affected the IPRs of the technology providers but also “stewardship of technologies in accordance with approved bio-safety regulations.”

The compulsory licensing notification was withdrawn within a week of its publication by the department of agriculture on 18 May, 2016. But the price control order of December 2015 which fixed the trait value at Rs 49 and the price at Rs 800 per pack of 450 grams remains. By the time Mahyco withdrew its application, it had completed BRL-I and BRL-II trials and was in final stage of the process for release of the technology.

Arvind Kapur, Vice-Chairman, Federation of Seed Industry of India (FSII) says its members are committed to following systems, best agronomic practices, seed regulations and regulated application of science and technology to Indian agriculture systems. Did Mahyco, one of FSII’s members, withdraw the environmental release application for BGII RRF technology on the grounds that it was not the best agronomical practice and was harmful to the humans or because it did not agree to the control on trait value? If the later, can Kapur say FSII members are committed to the Indian system? How are its members supporting the government and respecting Indian laws?

This so-called technology was offered 15 years ago for about Rs 3 cr but the Indian government refused to buy it outright. Now Monsanto is collecting patent royalty in thousands of crores of rupees. The Indian government must buy HT cotton technology outright for farmers’ welfare and legalize it for the commercial market by taking GEAC’s approval.

Under Rule 9 of the Environment (Protection) Rules, 1986, no person can produce, sell, import or use GMOs without GEAC’s approval.

Deliberate or unintentional release of GMO or GM event or GM crops into the environment without GEAC approval is culpable under the Environment Protection Act. Any GM technology which was developed or imported by any company can only be released by it deliberately or unintentionally. It is absolutely its duty to keep it safe.

Any GM technology once approved and confirmed to be biologically safe can be treated as a conventional crop or hybrid or variety. There are no issues with regard to the biosafety of BGII RRF cottonseed. This was confirmed and mentioned in the GEAC’s 91st meeting minutes.

Till 2009, every GM hybrid needed to take bio-safety tests and get GEAC approval for release in the market. This was an unwanted procedure. In 2009, GEAC decided that hybrids did not need its approval if they had approved GM events. Since 2009 it has been providing recommendations to state agriculture departments by adapting the Event-based Approval Mechanism.

At its 132nd meeting, GEAC transferred the entire responsibility of evaluation and approval of hybrids and varieties containing GEAC approved transgenic cotton events to the Indian Council of Agricultural Research (ICAR).

ICAR’s committee for commercial release of Bt Cotton hybrids or varieties in India accepts application based on certain criteria. To do so, a company must pay a performance test fee of about Rs 1 crore for one hybrid for all zones of India. If a company submits four hybrids for approval, it has to pay Rs 4 cr.

Under Section 7 of the Seeds Act, 1966 no person can carry on the business of selling notified seed unless their kind or variety is identifiable. But any person who has valid seed license can produce and sell the notified seed provided they conform to minimum standards of germination and purity and their labels contain this information. The seeds which are not notified are in the market as Truthfully Labelled Seeds.

Therefore notification of seed kind or variety is optional; it is not mandatory. For the last two decades seed companies have been producing and selling Truthfully Labelled seed with the approval of the licensing authorities.

Every Seed company which has a valid seed license has the right to produce and sell any hybrid or variety of seed in India but before doing so it will have to undergo an evaluation process either on its own or by a state agricultural university (SAU). It is pertinent to note that the office memorandum of 29 April, 2016 issued by Deputy Commissioner (QC), in the Seeds Division is still valid. There is no specific mention about SAU trials and registration of varieties being a prerequisite for marketing of seeds in a state.

In a meeting held under the chairmanship of Joint Secretary (Seeds), on 17 June, 2016 for implementation of uniform rules in all states to carry out seed business as per provisions of Seeds (Control) Order, 1983, a representative of Rajasthan mentioned that the state does not insist on seed companies including or registering seed varieties or hybrids in their licenses. It does not ask for SAU trials to sell seed in the state. At the end of meeting both National Seed Association of India and department of agriculture appreciated the Rajasthan’s rules and requested every state to follow the same.

(Chandu Narasingu says he is a director of Guntur-based Surya Seeds. He says  it is a start-up and does not sell Bt cottonseed).

This article has been edited.

Here is what Monsanto said in a press release when the Andhra government issued a notification on 5 October setting up a committee to study the “efficacy'” of HT  cottonseed: We have learnt about this order from the Govt. of Andhra Pradesh dated October 5, 2017 in respect of illegal Roundup Ready Flex (RRF) herbicide tolerant cotton being planted by farmers in the state. It is a matter of grave concern that some seed companies, while suppressing their real intent of profiteering, are attempting to illegally incorporate unauthorized and unapproved herbicide tolerant technologies into their seeds. Commercial release of GM technologies in India without the requisite regulatory approvals may not only pose tremendous risks for the country’s farmers, it may also be in violation of applicable laws of the land.

As early as September 2008, Monsanto had informed the country’s regulatory body – Genetic Engineering Appraisal Committee (GEAC) about seeds being illegally produced and sold by spurious and dubious seed producers to farmers without any approvals from Central or State regulatory agencies, in complete violation of applicable laws. Over the years, we have kept the regulators and key stakeholders apprised of the illegal usage of unapproved technology. Even as late as August 2017, we have sought their intervention on the gross misuse of patented and regulated technologies which may pose numerous other challenges to India’s cotton ecosystem.

Roundup Ready Flex, one of the technologies mentioned in the order is proprietary to Monsanto and patented in India under the Patents Act, 1970. Even while the necessary applications seeking permissions for environmental release were being reviewed by the GEAC, this request was withdrawn due to the prevailing uncertain operating environment in May 2016.”