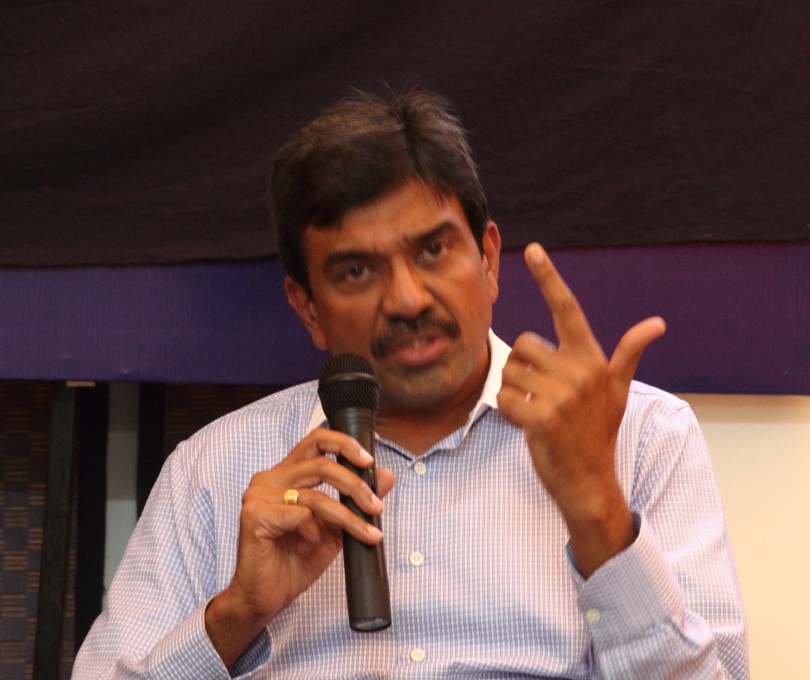 The seed association claims legal validity for the mandate of the company it proposes under the PPVFR Act but the courts have not endorsed its interpretation so far, reports Vivian Fernandes.

The National Seed Association of India has proposed to the agriculture ministry a joint venture company with participation of public sector research institutes to stack genetically-modified (GM) Bt cotton with several proprietary traits to confer immunity against various pests and tolerance to weedicides. It addressed a letter conveying this intention to agriculture minister Radha Mohan last month. The company will also obtain biosafety approval for the stacked traits from the GM regulators, which is a lengthy process.

It estimates the cost of the project at Rs 65 crore over 6 years. The companies forming the consortium will contribute Rs 15 cr in the first year and Rs 10 cr over each of the remaining five years.

It has offered to claim intellectual property protection for hybrids with the new traits under the Protection of Plant Varieties and Farmers’ Rights (PPVFR) Act and not under the Indian Patent Act, the law under which Mahyco-Monsanto Biotech (MMB) has got protection for its popular BG-II bollworm resistance technology.

Seed companies which use the traits will pay a fee of 10 percent to begin with or Rs 80 on a packet of Bt cotton seed selling for Rs 800. This will taper over the years. In addition, they will pay a royalty of 5-8 percent “as per the norm globally” in the form of “benefit share” to the PPVFR Authority. MMB charges Rs 180 as trait fee on BG-II cotton seed. This rate is valid up to a selling price of Rs 930. That amounts to 18 percent share of the selling price. Since the government has fixed the price of Bt cottonseed at Rs 800, the trait fee rate at the moment is 22.5 percent.

NSAI says the free use of traits developed by companies like Monsanto was not possible earlier because the Genetic Engineering Appraisal Committee (GEAC) would insist on a non-objection certificate from the technology developer before approving a hybrid containing their trait. The PPVFR Authority also required a NOC from the technology developer for use of their traits to register a new plant variety. It recently dispensed with the NOC requirement but as breeders, seed companies applying for registration of a new plant variety containing a proprietary GM trait will have to certify that they have “lawfully obtained” the genetic material.

NSAI believes this two developments allow breeders to use proprietary GM traits without payment of royalty to the technology developers. The Delhi High Court has not agreed with this interpretation. But while upholding the patent rights of GM trait developers, it has denied them pricing and licensing freedom, saying they are bound by norms in this respect framed by the government. This aspect of the judgement is now under challenge before a division bench of the high court.

NSAI says the stacking of seeds with proprietary GM traits will be extended to maize, rice, soybean, wheat and chana or chickpea. It has identified GM traits that are “available” for stacking. These are mostly the property of Monsanto.

NSAI has said the proposed joint venture will be established in Hyderabad. Partners will contribute through debentures which can be converted into equity, if they opt for it.

NSAI is led by M Prabhakara Rao, the founder and managing director of the Hyderabad-based Nuziveedu Seeds who was MMB’s biggest Bt cottonseed franchisee before Monsanto terminated the agreement in 2015 over non-payment of trait fee dues. Since then Rao has been engaged in a no-holds barred fight against Monsanto in the media, the law courts and the agriculture ministry.

That fight saw a split in the seed association, with companies engaged in original research forming an additional body to represent them. Several MNCs have stopped or scaled down agri-biotech research in India because they find the regulatory environment hostile and are unsure about intellectual property protection. Monsanto has itself withdrawn its application for commercial approval of BG-III cottonseed technology which has enhanced protection against bollworms and also provides herbicide tolerance.

NSAI believes such proprietary crop traits can be used without consent provided the seed companies or breeders pay a fee decided by the PPVFR Authoritty, which it will pass on to the trait developer as “benefit” rather than as royalty. The proposed company will engage agricultural scientists, bio-safety specialists and an expert in intellectual property law.  NSAI wants the Indian Council of Agricultural Research (ICAR) and the Council of Scientific and Industrial Research (CSIR) to be involved as well.