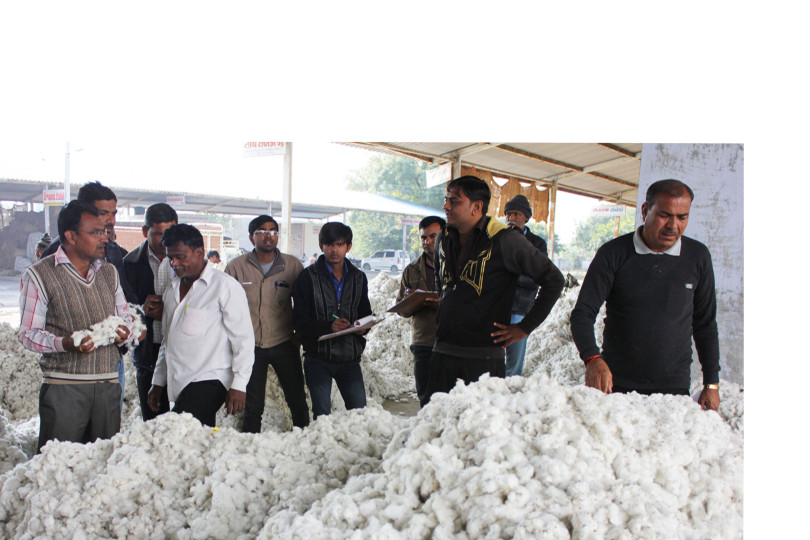 The adoption of new agricultural technology in a country where most farmers are poorly educated is a fraught exercise. A scientist rewinds to about ten years ago to emphasize the importance of communication. There is a lesson in this for the top leadership of seed companies. While marketing executives will do the hard selling, good practices should not be ignored despite the stock markets’ quarterly focus, reports Vivian Fernandes.

Bt cotton technology did not fail the farmers of Vidharba. Poor communication by seed companies in the initial leg of Bt cotton deployment (after it was approved for cultivation by farmers in 2002) and aggressive pushing of Mahyco Monsanto’s hybrid (Bollgard) without regard to soil and rain conditions resulted in a mismatch of Bt hybrids and agro-ecological factors. While there were gains, these were not uniform across the region.

This is the conclusion drawn by Rabindra N Padaria, principal scientist in the extension department of Indian

Agriculture Research Institute (IARI) on the basis of a survey  of Yavatmal, Wardha and Akola districts of Vidarbha region (apart from Punjab, Andhra, Karnataka, Madhya Pradesh and Karnataka) conducted over one month in 2008-09. The findings were presented at a seminar on integrated pest management at IARI in March, 2015.

Padaria said the soil in Vidharba is not uniform. Some parts of the region have water-retaining heavy soil, in others it is medium, and in yet others light or sandy. Similarly, there are areas which have irrigation, and most others which are rainfed.

The choice of Bt hybrids should have been determined by a combination of the two. For example, farmers said that RCH2 (of Rasi Seeds) was the best choice for rainfed light soils, while Bollgard Mech 12 (of Mahyco Monsanto) was the preferred hybrid for irrigated farms with heavy soil. But Bollgard seeds were pushed hard between 2002 and 2005, resulting in huge variations in yield, Padaria said.

We contacted the spokesperson for Mahyco. He said Bollgard Mech 12 was no longer being sold and had been replaced with better hybrids.  The spokesperson for Monsanto said in an email response that the company’s field teams did educate farmers about how to manage their crop in normal, scanty and excess rainfall conditions  with an eye on improved yields and incomes. Seed technology was important, she said, but only one of the seven variables that affect productivity.

Despite initial glitches, farmers across the region were better off with Bt technology, Padaria emphasized. Progressive farmers were able to get 27-30 quintals (100 kg) of yield per acre by extending the cotton crop to April-May and taking as many as five pickings. Earlier, they would take two pickings by November and sow wheat in December. Farmers reported to getting on average of 10-15 quintals per acre in irrigated heavy soils. Those with indifferent soil dependent solely on rains managed to get 3-4 quintals an acre.

These yields were better than before, but those farmers who got less felt short changed. It was a failure to manage expectations, Padaria said.  Farmers had to fend for themselves initially and learn by trial and error. Quite a few were put to loss. In Karnataka’s Haveri district, Padaria came across a cotton field which had dense vegetation but no cotton bolls. In another field, the crop was stunted and sparse.

The number of sprays had reduced after Bt cotton was introduced. Large farmers were not the only gainers. Even small ones benefited. Padaria gave the example of a landless farmer — Ganesh Shanker of Apti Khurd in Akola district.. He had taken two acres on lease for Bt cotton. With income from the crop he was able to repay a loan of Rs 5,500.  In Kita village of Yavatmal district a group of farmers had got out of debt with higher yields and a minimum support price of Rs 2,850 a quintal in 2008-09.

There were some sceptics who had turned believers. Padaria cited the example of Arun Bhaukekar of Wardha district who was active in the anti-GM campaign and was a member of the Narmada Bachao Andolan but was converted to Bt cotton by the high yields he had obtained. He had earned Rs 52,000 an acre by extending the crop life to April and getting a yield of 30 quintals.

Farmers had used ingenuity to extend crop life to April. By spending Rs 6,000 more, they were able to get about 10 quintals of extra cotton worth Rs 26,000 in his estimate. In Warangal, Padaria came across farmers (in 2009) who had saved their cotton crop from the drought with drip irrigation.

Bt cotton required a change in crop geometry (that is, plant to plant and row to row spacing), but farmers were not appropriately advised, so they continued with old patterns. The unlearning took about two years of experimentation. The reason for planting five lines of non-Bt cotton plants around the Bt cotton crop (so that boll worms did not develop resistance to the toxic Bt protein) was not ‘properly’ explained, he said. Many did not sow the 150 grams of non-Bt cotton that came with every 450 gm packet of Bt cotton seed.

Scientists also gave conflicting advice. There were those who felt that bollworms could prey upon other crops like pigeon pea. Since farmers had been cultivating pigeon pea as an inter crop with cotton they found it a paying option. Planting non-Bt hybrids as refuge lines entailed additional cost in terms of labour and pesticides. Companies cottoned on and are providing pigeon pea instead of non-Bt cottonseed with the Bt seeds they sell.

In Padaria’s view, with better communication and farmer education, much of the unintended consequences could have been avoided, and opposition to GM crops perhaps muted.