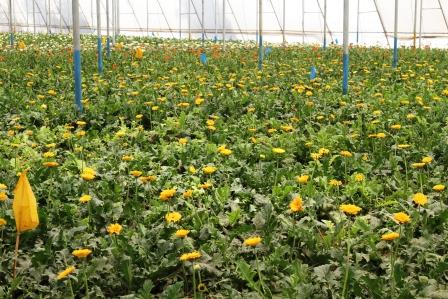 Is protected cultivation in poly houses profitable? Indervir Singh, Faculty Member of the Central University of Himachal Pradesh, and researcher Biyaso Ram set out to find. One of them conducted a survey in Saho panchayat of Chamba district. Fourteen farmers were doing protected agriculture and some of them had begun in 2009-10. They had 23 poly houses between them. Each of them got 80 percent capital subsidy from the state government with is promoting horticulture in poly houses under two schemes. Eighty-six farmers had attended formal training programmes. Despite the investment and training, farmers gave up poly house cultivation –  some of them within five years. As of January 2020, there were six farmers left with just 10 operational poly houses. They were growing flowers and vegetables and were also on the verge of closing down. None of the farmers was interested in spending their own money on repair and maintenance.

The researchers analysed the costs and gains under three scenarios: In A, they considered only the variable cost or expenditure on seed, fertiliser, manure, irrigation, transport, maintenance, wages of hired labour and interest on loans for meeting these expenses. The value of own and family labour was excluded. The cost of cultivating carnations in a 250-metre square was Rs 27,929 –  with or without subsidy. The net profit was Rs 8,233.

In second scenario B where interest on fixed capital at 10 percent a year was added to variable cash expenses mentioned above, the cost was Rs 32,521 with subsidy and Rs 50,886 without subsidy. The net profit was Rs 3,640 in the first case and a loss of Rs 14,725 in the second instance.

Since the opportunity cost of family labour is nil because members may not want to work other than on the family farm, poly house cultivation should at least make money under scenario B without subsidy. The earnings must compensate for the interest on fixed capital. But they do not. That is why, farmers give up poly house cultivation once they have to spend on renovating the structures.

The researchers find that poly house cultivation is not profitable on its own without subsidy and is not sustainable. Of course, this may change with access to markets. If the poly houses are closer to cities and can get better prices for the produce, the cost-benefit equation might change.