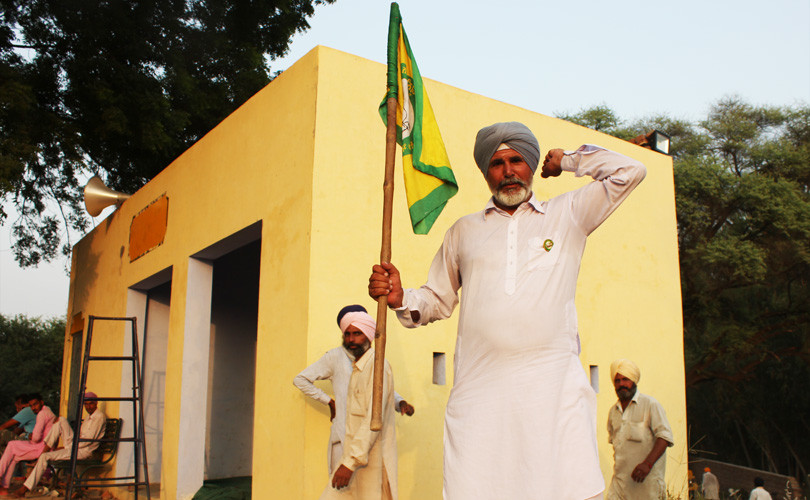 Punjab’s farmers are lurching from one crisis to another. From a slump in cotton prices earlier this year, to a glut of potatoes, to the loss of cotton crop to white flies and basmati selling for less than the price of common rice, they have been getting it in the chin both from nature and from the market. This article, first published in the Indian Express, is reproduced here with permission of the author, who is himself a farmer in Abohar district.

From breadbasket of India, Punjab has become a basket-case economy.  Endowed with ample water and good soil, Punjab’s happy, progressive people had a dream that is now a memory. Punjab’s decline started with its trifurcation. In its bid to establish a separate identity, the political establishment obsessed over a religious-political agenda and steered the state towards the dark days of terrorism. Haryana, once considered the backwater of joint Punjab, focussed on the economy. Today it has a higher per capita income. (Rs 1,19,860 Vs Rs 84,686. This is the average of three years from 2011 to 2014- editor)

Ajay Vir Jakhar at his farm in Panjkosi village in Abohar district. Photo by Vivian Fernandes.

The centre’s policies aimed at increasing food production to ensure adequate supply of grain, coupled with export restrictions, have taken a toll. The expected progression of Punjab from agricultural economy to industrial powerhouse to service-sector leader never took place. Food processing, essential for agricultural prosperity, never bloomed.  Punjab exports wheat but imports flour.  Till such time as off-farm jobs are not created, discontent will rise. Over the last decade, Punjab has had a more than a fair share in the union cabinet. But this has not contributed to the state’s progress.

It is not right to blame the Green Revolution for the mess. Starved of state government funds, Punjab Agricultural University’s (PAU) faculty strength has depleted and new research has ceased it the last decade. The state government imposes high taxes on the purchase of food grain by the Food Corporation of India. If just five percent of this were provided to PAU, it would help its revival.

Punjab is suffocating from its estimated six lakh plus tractors. Tractor ownership is viably only if they are operated for over 900 hours a year.  Average farm-use in Punjab is possibly half this figure. As a result, once a farmer buys a tractor, he works for the bank for life to repay the loan and interest. Alternatively, three-year interest-free loans to equipment hiring entities would allow farmers to access mechanisation without taking on any financial burden. This would raise crop yields by twenty percent.

Overexploitation of ground water because of free power has resulted in the water table falling to dangerously low levels. The cost of drawing water from greater depths is causing more indebtedness among farmers. Augmenting inadequate free power with diesel engines works out to be more expensive. If the leadership showed political will, farmers would happily pay one rupee per unit for good quality and consistent supply.

Urea is sold at one-fourth the price of table salt today. (The maximum retail price of urea is Rs 5,360 a tonne. That of common salt on alibaba.com ranges from $50 to $200 or Rs 3,250 to Rs 13,000 a tonne, depending on quantity purchased – ed). But excessive use destroys the soil and leads to more plant vegetative growth. An explosion of insect and pest populations is inevitable. Indiscriminate and unregulated sale of pesticides and spurious products is leading to an ecological disaster. To prevent this, a ten percent annual reduction in pesticide use is important. Increasing urea prices and simultaneo0usly subsidizing DAP (Di-ammonium phosphate) would be a quick interim measure towards more balanced fertilise use.

At the time of the infamous farm loan waiver (by the UPA government in 2008-ed), Punjab used to contribute nearly half of the grains to the central pool but received less than two percent of waiver funds. Not because farmers were not defaulting on debt but because of the way banks were window dressing accounts.

The simmering discontent over seed and pesticide scams, the decimation of the cotton crop, and low crop prices had farmers blockading rail and road traffic (in the first half of October). Frustration with the manipulation of religi8ous institutions, the flip-flops over pardons and the desecration of the Holy Guru Granth Sahib inflamed passions and matters of faith took precedent over matters of livelihood. This is now politics alternates and repeats itself in Punjab.

(Top photo: A farmer protesting at Pathrala village near Badal in Bhatinda district on  11 October 2015.  Photo by Vivian Fernandes)

(2)   On Diversification away from rice

(3)  On farmers protest in October 205 over white fly outbreak

(4) Why handling of the white fly outbeak spells poor governance