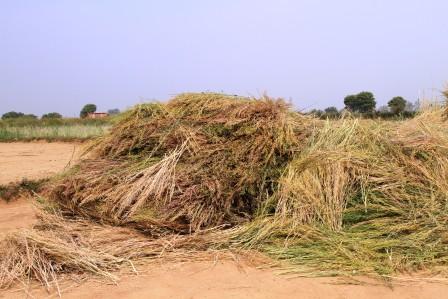 Varieties are released to farmers for cultivation as per protocols of the 1966 Seed Act and there is no provision in it for anybody launching them, says Dr. Virender Latther, former principal scientist of the Indian Council of Agricultural Research (ICAR) in response to the PM “dedicating” 35 crop varieties to the nation on 28 September.

Dr. Latther seems to be right because Google search will show that the mustard hybrid RCH 1 which the PM “dedicated” to the nation, is a Punjab Agricultural University (PAU) hybrid. It was released in 2019. It is high-yielding – 26.4 quintals per hectare as per the official press release, with Canola quality (that is, it has less than 2 percent erucic acid and less than 30 parts per million of glucosinolates).

Regarding, another variety which the PM “dedicated” to the nation, this is what an article in the Journal of Genetic and Plant Breeding (March, 2019) has to say: “PDZ-1 [Pusa Double Zero Mustard-31 (PDZM-31)], the

One has not done a check for the rest of the varieties or hybrids to see whether they were also previously released.

The mere release of any variety does not denote that it will be successfully adopted. Only 10-15 percent of crop varieties that are released are adopted by farmers, Dr Latther says. Farmers are not generally guided by hype. They grow crop varieties as per their needs and resources as proven by the centuries-old varieties of desi wheat namely C-306, Bansi and Sharbati which are preferred by farmers even if poor yielding in comparison to hybrids or improved synthetic varieties. Sona- Moti, a landrace grown by farmers of Indus Valley civilization is still being cultivated in Pingalwara (Amritsar).  Higher quality crop varieties are generally poor yielders but don’t fetch higher minimum support prices (when the government procures them), Latther says.