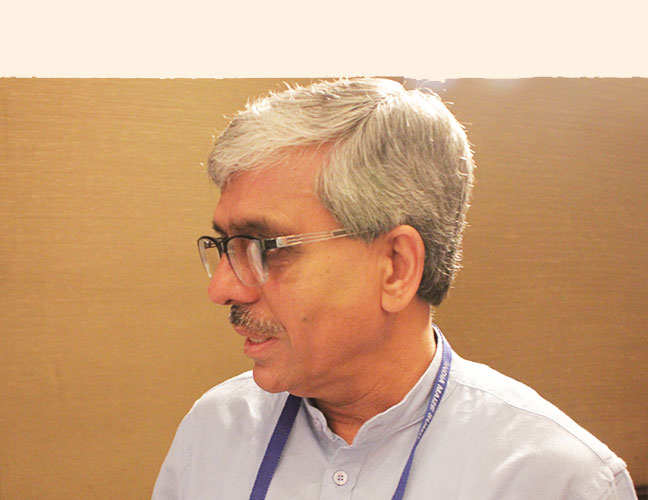 Seeds that perform as well in farmers’ fields as in test conditions, affordable mechanization, direct cash transfers to make up for sale below support prices and linkages with processors are the four pillars on which Suresh Kumar bases his drive to wean farmers from rice to maize. The additional chief secretary, who initiated the diversification, was speaking at the third maize summit in New Delhi on 10 April, 2015. This is an edited version of his speech.

Punjab gave the country food security but lost nutrition security, a lot of biodiversity and plenty of groundwater in the process. In the 1960s, the water table was below ten metres in only three percent of the state; today ninety two percent is affected. The problem is severe in six districts of central Punjab.

(In 9,000 sq km of central Punjab, the water table is below twenty metres or sixty-six feet.  In 110 of 138 blocks, the water utilization rate is more than the rate of recharge, says the state’s 2012-13 economic survey – editor)

We have 1.29 lakh ha under maize. We have targeted two lakh ha this year and are likely to achieve it. The productivity is 3.6 tonnes per ha. I am only talking of kharif maize, which is sown in May-June and harvested at the end of September.

We intend to take 1.5 million ha out of 2.82 million ha under paddy to other crops like cotton, pulses and fruits and vegetables, including half a million to maize over the next three years. In the last two years, the maize area has grown by 18 percent and production by ten percent.

We give fifty percent subsidy for hybrid seeds. We only supply those seeds that have been approved by Punjab Agricultural University as suitable for the state’s agro-climatic conditions. But there is a big gap in the yield we get in regulated conditions and on farmer’s fields. It is nearly half. I request the nine seed companies that are on contract to us to work with state agricultural universities and the Borlaug Institute to ensure their seeds perform in actual farm conditions. ‘Please go to farmers with a credible product.’

Farmers in Punjab (Haryana and Western UP) are used to a minimum standard of living. They want at least Rs 84,000 per ha which rice gives. The earnings from Basmati are higher – above Rs 1 lakh. Maize must give farmers an equal return if they are to grow it. This would mean a productivity of seven tonnes per ha. This is a big challenge. Our maximum yield is 3.9 tonnes per ha.

We are giving subsidy for harvesters, threshers and shredders and are working with John Deere and New Holland Fiat. The machines are too expensive. ‘We are looking for affordable mechanization’. We had set up three big dryers (at a cost of Rs 16 crore each) in the traditional maize growing areas and are installing another five. We are also working to develop portable dryers which farmers can use in their premises.

(High moisture content has been an issue with buyers. Maize should not have more than 13.5 percent moisture but news reports say it has been as high as thirty five percent in some cases).

Yesterday (9 April, 2015) I came for a meeting with agriculture secretary Siraj Hussain on diversification and maize promotion. I go back to him today for the same discussion. We are trying to work out a mechanism whereby government agencies buy maize. The ministry of agriculture says maize is a food crop. If it is for animals; it is still food. All food crops need to be procured by ministry of food and civil supplies. It has detailed guidelines for procurement of maize and other coarse grains which say that if there is a loss on procurement by state agencies, fifty percent of the loss will be reimbursed. But which state will bear the loss?

Now there seems to be a rethinking and if the farmer loses money, the gap will go as a direct benefit transfer to the farmer.  We are doing the first brainstorming on it. We have been asked to propose a scheme on those lines.

(Excited by high prices they got in 2013, farmers planted ore area with maize in 2014 but prices fell.  Since state agencies are unwilling to buy at Rs 1,310 per 100 kg, the centre has proposed that they can sell in regulated mandis and if the price is short of MSP, the difference will be paid into their bank accounts –editor).