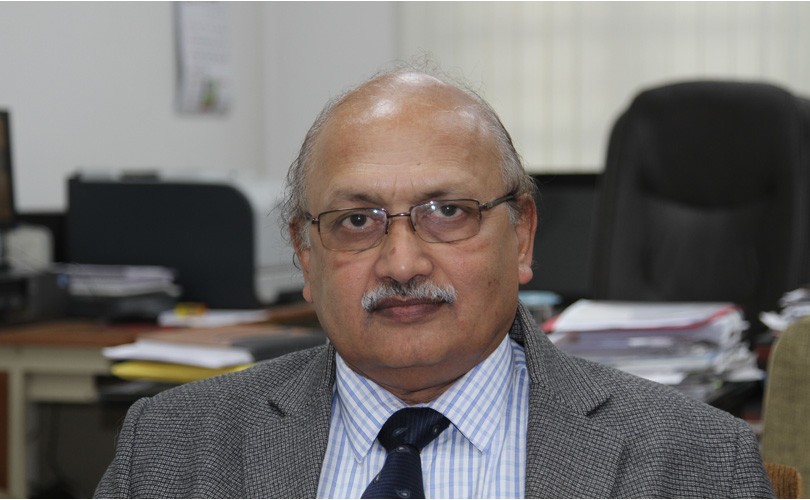 Barnase-barstar system enables “perfect hybrid development,” says K V Prabhu, Joint Director (Research) at the Indian Agricultural Research Insitute(IARI), when asked to comment on the utility of Dhara Mustard Hybrid-11 (DMH-11), developed by a team of Delhi University scientists led by geneticist Deepak Pental. The hybrid uses three foreign genes: two to enable cross pollination of the largely self-pollinating plant, and one for selection of transgenic hybrids from non-transgenic ones. The use of foreign genes has put it in the crosshairs of ideological outfits like the Swadeshi Jagran Manch (SJM). The hybrid is awaiting regulatory approval for cultivation in farmers’ fields. The team had submitted its application in September 2015.

Prabhu is an accomplished plant breeder. He has been associated with the development of 23 varieties of rice, wheat, mustard and barley, including popular ones like Pusa Basmati 1121 and 1509 and the wheat variety, HD 3086. In an interview to this website, Prabhu said DMH-11’s “safety issues have been perfectly taken care of.” He lauded the environment ministry for putting a summary of the bio-safety dossier in the public domain. “A good number of people reacted to it; almost 800 people from different walks of life. The heartening point is that a large proportion — more than 85 percent — were able to understand its goodness and suggested we must try it out.”

Prabhu said “to the best of our knowledge, the trials were conducted as recommended,” and the bio-safety document which the environment ministry uploaded for public education “deals with every point that was contended and gives clarifications.”

Prabhu said conventional, cytoplasmic male sterility (CMS)-based process was not as efficient as the transgenic method of creating mustard hybrids. It was also time consuming. This is because, CMS requires three parental lines: a male sterility line, a fertility restorer line and a male sterility maintainer line. The maintainer line takes “a minimum of five years to develop”, he said. “Ever time a new hybrid combination is developed you need to convert one into a male sterile plant and its maintainer and convert the other line to possess fertilility restorer gene keeping the rest of the parental constitution as near as the original as possible. This is very cumbersome, and time-, resource- and land-intensive.”

With barnase-barstar, once a parental line pair is identified as being capable of heterosis (hybrid vigour) for yield, the genes can be quickly transferred using recurrent back cross breeding method and in three years many parental combinations can be obtained for testing a large number of hybrids. “There is a better chance of getting a superior hybrid,” Prabhu said.

Prabhu was not overly concerned about the yield of DMH-11. Even if it was not as high as claimed, better parental lines can be crossed for superior yield. That could happen once the transgenic method of creating mustard hybrids was approved.

The hybrid’s herbicide tolerance was not a worry because glufosinate, which is sold under the well-known trade name,Basta, was not being used for normal agricultural purposes.”It is not a recommended herbicide in India,’ he said. (The herbicide tolerance gene has been inserted in the hybrid to distinguish it from non-transgenic ones at the time of hybrid development, its developers say).

DMH-11 has been developed in the public sector with public sector money, but agri-biotechnology is a sector where multinational corporations have an edge. That does not worry Prabhu. “I do not bother about this multinational versus nationalist stuff,” he said. “It is a trade game as in every other product and category.” If Samsungs and iPhones were acceptable, there is no reason why MNC agri-technology should not be. “If they ae allowed to come in we must accept their superiority if indeed they are superior. Or do not allow them in at all.”

The agriculture ministry has been playing favourites in the past two years. It has given a multinational corporation a really tough time with price controls on Bt cotton seeds, trait fee reduction, an abortive attempt at rescinding patent protection and a reference to the Competition Commission of India.

Prabhu said farmers were discerning customers. They will not buy something that will not give them economic yield. “You cannot fool the farmer more than once,” he said. “Their decision is the final decision, multinational or no national.”

IARI itself is invested in transgenic technology, Prabhu said. “For brown plant hopper and yellow stem borer in paddy, spot blotch in wheat and pod borer in chick pea (chana) and pigeonea (tur), we have no option but to look for this.” There is no resistance in any of the native evolved species against fruit and stem borer in brinjal. “Those who say on the streets that we are causing dis-balance don’t know the amount of pesticide that goes into brinjals they are purchasing from the market.”

Jairam Ramesh, who was environment minister in 2010 had disallowed transgenic Bt brinjal, which is resistant to the fruit and stem borer from being cultivated in the country. The moratorium continues. Bangladesh has allowed cultivation of Bt brinjal with Indian bio-safety data.

“In my own kitchen garden, if I do not spray once in 12-15 days, the brinjal I pick up is bound to have a fruit borer inside.”

Prabhu is one of the contenders for the post of IARI director. That position is in the charge of a lady scientist.  The contest has become a nasty. Observers say Prabhu was served a show-cause notice for inviting Finance Minister Arun Jaitley and Agriculture Minister Radha Mohan Singh to witness the harvesting of a new variety of pigeonpea which matures early and at one go. The reason? The yield was not as high as touted. Those in the know say the yield claims are real, it is just that in two of the past four years, yield had declined because of erratic weather.