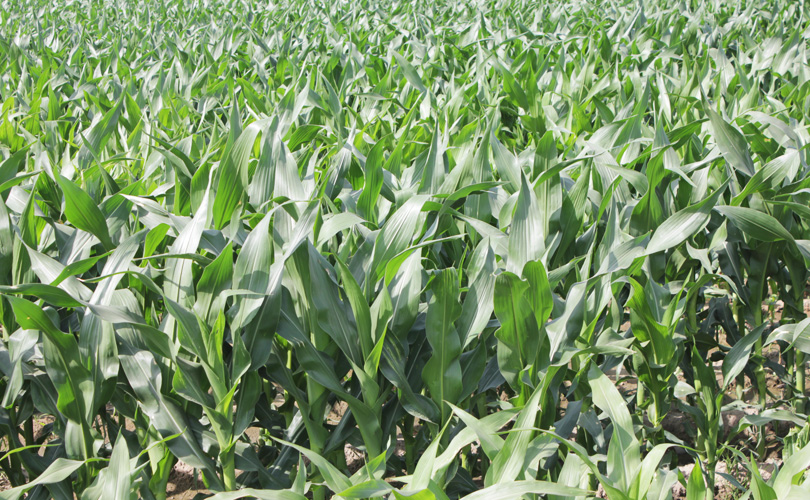 A campaign has been mounted to force the state to reverse its recent permission for field trials of GM crops. We contest the basis.

(1) The World Health Organization has classified glyphosate (to which genetically-modified crops can be made resistant) as ‘probably carcinogenic to humans.’
What the WHO said: The International Agency for Research on Cancer (IARC), a specialized body of the World Health Organization, in a monograph released on 20 March, 2015 assessed the carcinogenicity of five organophosphate pesticides. It termed the herbicide glyphosate as ‘probably carcinogenic to humans,’ along with malathion and diazinon. Click here for its reasoning.

Monsanto’s response:  Monsanto is the producer of Roundup, a herbicide, whose active ingredient glyphosate, was patented in 1970.  Philip Miller, Monsanto’s vice president for global regulatory affairs, says the German government in January completed a four-year evaluation of glyphosate for the European Union. After reviewing the data which IARC considered, it concluded that ‘glyphosate was unlikely to pose a carcinogenic risk to humans.’

Monsanto finds IARC’s conclusion to be a ‘dramatic departure’ from the conclusion reached by most regulatory agencies. It disagrees with the IARC classification.  The company says IARC did not use any new research data and asserts, ‘there is no link between glyphosate and an increase in cancer when the full data set is included in a rigorous review.’

Our view: Glyphosate is already being used in India.  Trials of crops tolerant to the herbicide should not be stopped on the basis of a probability of harm to human health.   At the moment no such crop has been officially approved for cultivation in India, though a big farmer we met in Yavatmal in 2013 said he was  growing herbicide tolerant cotton using seeds smuggled from abroad, and so were a few others.  This indicates the difficulty they face in de-weeding.  If in future, the government takes an adverse view on glyphosate, the market for HT seeds will vanish.

At a seminar in February 2015 on integrated pest management in New Delhi, Saidur J Rahman, a member of the Review Committee on Genetic Manipulation (RCGM), said more crops with herbicide tolerance traits were being developed in India than those for insect resistance.

(RCGM is an apex body under the department of biotechnology in the ministry of science and technology. It is a technical committee which lays the protocols for research in genetically-modified crops and their trials for food and environmental safety).

Bt technology should be welcomed because it obviates pesticide sprays, Rahman said.  ‘Bt cotton has benefited farmers and uplifted them economically,’ he observed. ‘As an entomologist and as a bio-control scientist I can say that because of the introduction of Bt cotton pesticide consumption in India has come down.’ If someone argues against it, he said, there are data to prove otherwise.

In Andhra Pradesh the cotton crop used to be subject to thirty sprays.  These have become unnecessary after Bt cotton was introduced. (Prof Rahman is principal scientist at PJT State Agricultural University, Hyderabad).  But spraying is being done to control sucking pests. Rahman was ambivalent about rendering crops tolerant to herbicides, though he acknowledged that weeds were a ‘major problem’ and labour was not readily available.

(2) The petition quotes the Supreme Court appointed Technical Expert Committee (TEC) on GM crops as saying that herbicide tolerant crops will displace hundreds of people engaged in weeding work.
Our view: Across the country farmers are complaining of a shortage of labour. They say it is just not available when needed most. Surveys of the National Sample Survey Organization have shown that labour is a significant item of agricultural cost.  Herbicides make farmers autonomous of the local labour situation.  They do not have to wait for workers to turn in while weeds eat plant nutrients.

(3) All field trials and commercial release of HT crops should be banned.
Our view: Anti-GM activists cannot have it both ways. They cannot say there are not enough bio-safety data but block field trials that generate the data.

(4) Most of the developed countries refuse to grow GM crops.
Our view: GM crops are being grown on 181.5 million ha in 28 countries, including 19 developing countries. Even Spain in Europe grows GM maize on 131,500 hectares. The area under GM crops has increased 106-fold from 1.7 m ha in 1996, when they were first grown. Eighteen million farmers are planting them now, including 7.1 m farmers in India and 7.7 m in China. USA has the largest acreage under GM crops at 73.1 m ha (40 percent of total). Brazil comes next at 42.2 m ha; Argentina third at 24.3 m ha. India and Canada rank fourth with 11. 6 m ha each.

(5) Most of the developed countries refuse to grow GM crops:
Our view: Many European countries and Japan do not grow GM crops. But they import GM food stuff or feed their animals with it. (To know why India should not follow the EU, please click here). The Guardian newspaper reported in April that the EU has agreed to allow import of seventeen more GM food items as part of a trade deal with the United States, though national governments could still block them. In Korea four events including drought tolerant rice are under risk assessment, according to Soo-Chul Park, director of the National Centre for GM Crops. (Click here to find out about Korea’s role in India’s Bt brinjal story). Japan does not grow GM crops itself but allows food and feed to be imported and processed locally.

(6) Canada and Australia are reducing their acreage.
Our view: Acreage  devoted to a crop varies with weather and market conditions. There is no rethink on GM crops in either country.

(7) In USA GM is growing at barely one percent.
Our view: The United States had the highest annual increase in GM acreage in 2014 at three million ha. Growth in acreage beyond current levels will be slow because 92 percent of US maize, 94 percent of soybean and 96 percent of cotton is GM.

(8) Europe, Japan, Korea, Israel are not growing GM.
Our view: On 13 January, 2015, the European Parliament lifted the EU-wide ban on GM crops and allowed national governments to decide for themselves. In April, the EU agreed to import seventeen more GM food items as part of a trade deal with the US. European countries remain opposed to the technology through UK may relent. Spain grows GM maize. Israel does not do GM for trade reasons: its exports of fruits and vegetables to Europe may suffer. Many countries probably refrain from GM crops for the same reason. For comment on Japan and Korea look up answer 5

(10) After twelve years of Bt cotton, Maharashtra farmers are still committing suicide.
Our view: Suicides have multiple causes, an inability to repay debts contracted at usurious rates being the proximate reason.  No one crop can be held responsible as the recent increase in incidents shows. Farmers have killed themselves in West Bengal due to crash in potato prices following a glut. They have ended lives or died of shock in Uttar Pradesh on seeing wheat crop ready for harvesting destroyed by freak rains.  A failure of soyabean crop in Vidarbha on account of prolonged rains in 2013 triggered a similar response.

The number of suicides in Maharashtra among farmers rose steeply between 1996 and 2000. It spiked in the middle of the last decade and has declined thereafter.  There is an inverse relationship between Maharashtra’s Bt cotton acreage and farmer suicides. If Bt cotton were the culprit, neighbouring Gujarat should have mimicked Maharashtra. That is now the case. It remains a low-suicide rate state.

The Central Institute of Cotton Research did a survey of 720 farmers in 120 villages of 24 tehsils of Wardha, Yavatmal and Nagpur districts of Vidarbha region between 2006 and 2009. During this period, Bt cotton area increased from 35 percent to 98 percent. The net profit per ha increased more than three-fold from Rs 1,855 to Rs 6,209 during this period. Before Bt cotton, farmers could not recover their investment because of high expenditure on insecticides. CICR concluded ‘it is unlikely that cultivation of Bt cotton in Vadarbha region could be linked in any way to instances of farmers’ suicides.’  Click here to read more.

(11) Pesticide use has declined on bollowom but drastically increased for other pests.
According to CICR, the quantity of insecticides sprayed for bollworm control declined from 4,470 tonnes in 2002 to 222 tonnes in 2011,  But that for control of sucking pests increased from 2,110 tonnes to 6,362 tonnes. (Bt is toxic to bollworms, not to sucking pests).  The saving on bollworm control was more than made up by the increase in costs of controlling sucking pests. CICR Director, K R Kranthi, attributes the menace of sucking pests to (a) approval of a large number of Bt hybrids – 1,128 by 2012 – most of which are susceptible (b) increase in area under sucking-pest susceptible hybrids and (c) development of resistance to recommended sprays.  The amount spent on cotton pesticides according to Kranthi was Rs 6,863 cr in 2002 and Rs 6,828 in 2011, though there sharp changes in between.  (More in the link above).

(12) Traders no longer stock the original diversity of locally adapted and cheaper seeds which can be replanted each year.
Our View: Traders will stock whatever sells. Any cotton variety can be spiked with the Bt gene. This is what Gujarat Agriculture University has done with its popular Shankar-6 and Shankar-8 hybrids. The burden of protecting biodiversity cannot be on farmers alone. Their jobs is to produce and profit. Our state institutions have a repository of all the germplasm.

(13) The main beneficiaries are companies who take royalities and traders who get high commissions o Bt seeds.
Our view: Companies have gained as they have licensing and royalty arrangements. The profit motive drives them to reach out to more farmers. It is up to the government to regulate the deals (without micro-managing them). There is price control on Bt cotton seeds. Currently, the two approved strains cannot sell for more than Rs 930 and Rs 980 per packet of 450 grams. Even state agencies are selling at this price. Nothing prevents them from lowering  the price and forcing others to follow.

Far from banning field trials the government must encourage them in the public sector so that the profit maximising instinct of private enterprises is kept in check.

(14) Maharashtra field trials are a complete violation of TEC recommendations
Our View: The Supreme Court itself has disregarded the recommendations and not blocked field trials of GM crops. The report of the TEC is not unanimous. There is a dissent note by an eminent agricultural scientist. The February 2014 resolution of the National Academy of Agricultural Sciences (NAAS) has endorsed GM crops as a necessity for India. It called upon states to lift the unofficial ban on field trials.  The resolution was passed under the chairmanship of eminent agricultural scientist M S Swaminathan. Click here to read that report.

(Top picture shows a spring maize field in Jalandhar, Punjab. The earlier image was not of a maize field. The mistake was corrected on 30 April, 2015. Photo by Vivian Fernandes).