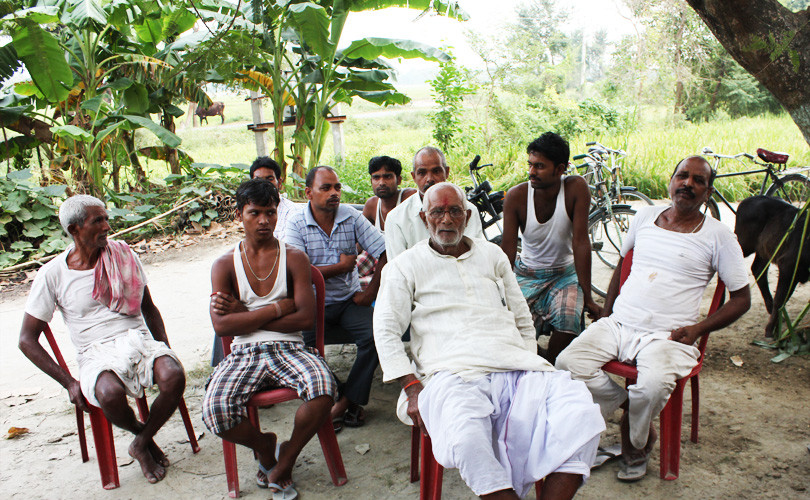 Indian Express Rural Affairs Editor is mystified by Indian economists’ lack of interest in the country’s agriculture. Some of the best work in recent times on this sector which has seen much change, he says, has come from geographers, sociologists and anthropologists.

There are hundreds of economists in India specializing in monetary and fiscal policy, investment and banking, infrastructure and international trade but the specialty of agriculture is a desert. A few like Ashok Gulati, Ramesh Chand, Abhijit Sen or S Mahendra Dev thrive there like succulents, but otherwise the terrain is bare.

Harish Damodaran in his piece in the Indian Express (see link below) says the disdain is unwarranted because agriculture has a larger footprint than its 15 percent share of GDP. That share merely reflects the value of primary produce.

But if value added in derived products (flour, biscuits, sugar, alcohol); the influence on industry segments like motorcycles, fast moving consumer goods, commercial vehicles and rural finance; the share of workforce engaged in farming – 49 percent; and the influence of food price inflation on interest rates were toted up, agriculture would not seem so peripheral.

Damodaran says agriculture attracted outstanding scholars between the 1950s and 1980s. He lists Raj Krishna (who coined the phrase ‘Hindu rate of growth’), Dharm Narain, M L Dantwala, B S Minhas, V M Dandekar, C H Hanumantha Rao, A Vaidyanathan and Y K Alagh among them. These economists, he says, belonged to diverse ideological streams from the free market espousing Chicago Schoolers to those who reposed faith in the market.

“Such economists – people having knowledge of agriculture, grounded in theory, data and empirical studies – are a rarity today” remarks Damodaran. He finds this mystifying considering the transformation that agriculture has underdone in the past two decades. These changes, in his view, cannot be reduced to simplistic ‘crisis’ narratives. Between 2004-05 and 2011-12, the size of India’s agri-workforce fell by 31 million, the first time in recorded history. B R Ambedkar, better known as the droughtsman of the Constitution, had underlined the importance of this a century ago when he had remarked in the Journal of Indian Economic Society in 1918 about the need to reduce pressure on land by creating non-farm employment: “Strange though it may seem, industrialization of India is the soundest remedy for the agricultural problems of India.”

Damodaran says some of the best work in recent times on land and labour, commodity mandis, the impact of Bt cotton and other cropping systems has come not from economists but geographers, sociologists and anthropologists. It is they who are asking the larger political economy questions.

Damodaran’s parting advice: If our economists wish to stay relevant they must once again start going to the fields – literally.