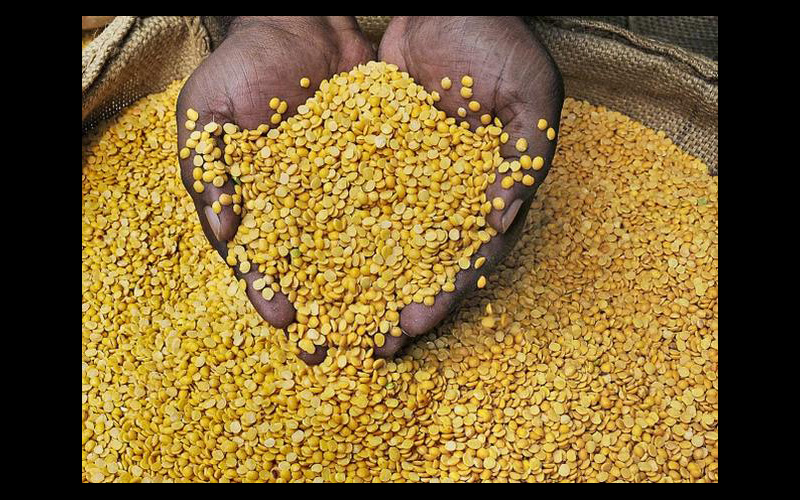 Farm scientists in half-a-dozen premier public sector institutions, led by the Indian Institute of Pulses Research (Kanpur), are using cutting-edge technologies – molecular marker-assisted breeding and transgenics – to create seeds that offer powerful and precise protection against the complex environmental and natural factors affecting pulses across the country. India needs modern science to overcome the shortage of pulses. That cannot happen if the Prime Minister gives in to those who are opposed to it for ideological reasons says Nidhi Nath Srinivas, Chief Marketing Officer of NCDEX and formerly Commodity Editor at Economic Times.

Tur dal has become a status symbol- again. And that is hardly surprising. Pulses – tur, chana, lentils, moong, urad – are highly susceptible to hot weather, pests and disease. Unless we take dramatic steps to protect them from the effects of climate change and other dangers, the primary source of proteins for vegetarians in India are going to remain off the table.

Fourteen pulses are grown across the country, from Kashmir to Kerala. While they can withstand drought, flood and frost, any abnormal temperature when the plant is ready to bear fruit affects the yield. Pests and disease are the other big nuisance in the field and for the crops in storage. Pod borer and thrips attacks wipe out a third of the chana crop annually. Diseases such as blight, rust and wilt take a further toll. Weeds can inflict 17-20 percent losses. Stray cattle and the blue bulls invade fields during summer. In tur, over eighty percent of flowers produced on plants are shed.

Farmers do the best they can, given that most are cultivating tiny fields dependent on rain, with tired seeds and depleted soils. But conventional pesticides, weedicides and cultivation practices offer inadequate protection. The upshot is the while India has the largest acreage under pulses, output per acre trails Myanmar and parts of Africa by thirty percent. The high cost of chemicals and labour, coupled with the low yield, make pulses an expensive proposition.

This year, the most efficient farmer on average spent Rs 43 per kilo on tur, Rs 50 per kilo on moong and Rs 45 on urad, according to the Commission for Costs and Prices, under the Ministry of Agriculture. Despite frequent increases, the minimum support prices offer a net return of 6-16 percent. As a result, farmers grow pulses only on land they can afford to ignore, in the rain-fed rice fallow period, or mixed with other crops such as soyabean and sugarcane. If rice is at hundred in terms of returns and moong at sixty, the choice becomes a no-brainer. Especially since the government announces the MSP only for five out of fourteen pulses, and procurement is whimsical. Despite the obvious need for crop insurance, there are no incentives for pulses farmers.

Smarter growing techniques do help but not much. The Central government’s ambitious National Food Security Mission, launched in the Eleventh Plan to promote pulses production, could barely make a dent in thirty eight low-productivity districts after spending Rs 2,148 crore in targeted technology demonstrations, distribution of seed kits and irrigation equipment. Area under pulses in these districts declined seventeen percent from 2006-07 to 2010-11, when the plan ended, while yields remained below average. The Accelerated Pulses Production Programme that followed suit with an investment of more than Rs 800 crore is nothing to write home about.

Though it appears overwhelming, the fight against heat, pests and disease is not unique to pulses. Cotton was similarly struggling to survive the odds. Indian textile mills were importing cotton to make cloth since domestic production was insufficient. Then came Bt cotton and the tides turned. Production more than doubled within six years. India became largest cotton grower and second largest exporter after USA. Pulses are now begging for a similar dramatic victory.

Luckily, the solutions are ready. Farm scientists in half-a-dozen premier public sector institutions, led by the Indian Institute of Pulses Research (Kanpur), are using cutting-edge technologies – molecular marker-assisted breeding and transgenics – to create seeds that offer powerful and precise protection against complex environmental and natural factors affecting pulses across the country. Once popularized, they will allow the farmer to get sufficiently higher yields for attracting larger acreage, mechanization and better cropping practices. At present, less than a fifth of the acreage is sown with new seed each season. That should change.

What is needed? Trust and political will. The government should allow genetically modified pulses to meet the current protein deficit. And the nation should believe its scientists when they promise it is safe to eat. Pulses production needs to accelerate at least four percent annually to keep pace with consumer demand. The latest seed technology can create that paradigm shift.

Former agriculture minister Sharad Pawar understood the potential of Bt cotton and managed to convince the naysayers. But he failed to do the same for food crops. After he became Prime Minister, Narendra Modi gave the slogan of “Jai Kisan, Jai Vigyan”. The time has come to make good that promise. Pulses sorely need modern science to stand tall and bear fruit. Instead of rushing bowl in hand to other countries for its daily protein fix, India should rush to its labs. Or else, millions of malnourished people, especially the vegetarians, will remain deprived of a basic building block of health.

(This article was first published in Huffingtonpost. com.  Reproduced with the permission of the author)