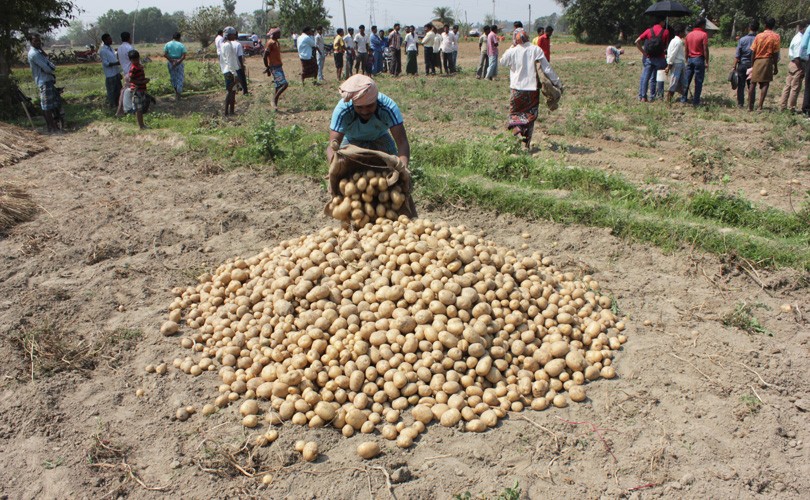 In a comment in the Indian Express, Harish Damodaran, its Rural Affairs Editor explains how farmers end up losing both when prices rise and fall because of the government’s focus on consumers. Inflation-targeting based on the Consumer Price Index, in which food items have a higher weight of 45.8 percent may have made the bias worse, as food items (both primary and manufactured) have a lower weight of 24.3 in the Wholesale  Price Index.

The government’s focus on inflation explains the stop-go policy on agricultural trade, Damodaran says. Last week Commerce Minister Nirmala Sitharaman announced a 5 percent subsidy for onion exports. The Maharashtra government has given a grant of Rs 100 a quintal to farmers who sold onions in the state’s regulated mandis between July 1 and August 31. This follows the collapse of wholesale prices to Rs 600-620 in the Lasalgaon market.

When prices were ruling high (Rs 5,700 a quintal on Aug 22), onions could not be exported below $700 a tonne or Rs 4,555 a quintal. This was done to force domestic prices down.  Before that, in July 2014, stock limits were imposed on onions after many years.

Potato exports are subject to floor prices now. On July 26, the government announced they could not be exported for less than $360 a tonne or Rs 2,400 a quintal. In July 2014, the MEP was $450 a tonne or Rs 2,700 a quintal. That was the season when prices had climbed to Rs 1,500-1,600 in Agra rising to Rs 2,200 by November. The MEP was removed in February last year, when there was a glut in potato production and prices had collapsed to Rs 200 a quintal in the wholesale market.  Farmers made huge losses but got little relief from the government.

Damodaran says the boom-bust cycle is likely to repeat in pulses this year because of a good crop. If the government does not arrest a price slump through procurement and buffer stocking, farmers are likely to plant less next year, leading to a repeat of high pulses prices seen earlier this year. New arrivals have forced arhar or pigeonpea prices down to Rs 5,600 a quintal in Gulbarga. This compares with Rs 15,000 mid-October last year. Moong dal (green gram) is selling for Rs 4,000-4,600 a quintal, below the minimum support price of Rs 5,225. Damodaran says the government must stop importing pulses. State agencies have contracted 1.8 lakh tonnes and their value has eroded because of falling prices. It must also lift stocking limits.

Though the government professes love for farmers, it is more affectionate to manufacturers.  While agri-exports are subject to restrictions, manufacturers are being protected with minimum import duties ─ on caustic soda, PTA (an ingredient used to make polyester fibre), vitrified tiles and steel.

(Top photo of farmer with white onions in Jalgaon, Maharashtra. All photos on this page by Vivian Fernandes).