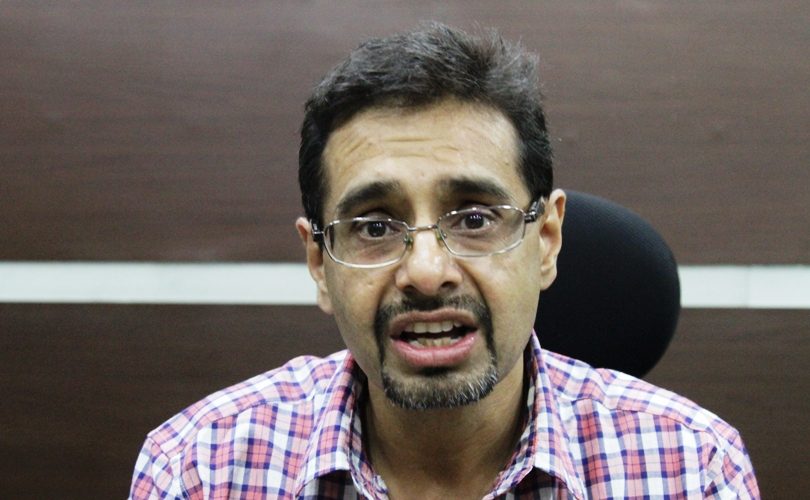 Investors in the warehousing industry are realizing that getting the police to help enforce collateral against politically-influential rural borrowers is a big ask, reports Vivian Fernandes.

Holding the Essential Commodities Act (ECA) in abeyance except in emergencies for, say, 10 years, is one of NITI Aayog’s proposals for agricultural marketing reforms, its member Ramesh Chand said, articulating a demand of the warehousing industry. These will be considered by a committee of chief ministers that has just been set up. It is headed by Maharashtra Chief Minister Devendra Fadnavis. But the founder of a start-up that can be called the Oyo of warehousing says it is not just the ECA, the difficulty in enforcing collateral is also deterring organized sector investments in commodity management, and lending against agricultural produce.

Apart from low commodity prices, uneconomical holdings and a consumer-centric policy of holding prices down, one of the reasons why farmers who have made the country food secure, are themselves financially insecure is because produce markets are not decoupled from credit markets. Farmers borrow from input dealers or commission agents who force them to sell and clear their dues soon after the harvest when prices are low.

If farmers could store their produce in scientific warehouses and borrow from banks against warehouse receipts, they could gain when prices rise. But Sandeep Sabharwal, Group CEO of Sohan Lal Commodity Management (SLCM), says enforcing the collateral “is the biggest problem” because “to liquidate the collateral I have to take it out of the warehouse aur wahan par dus strongmen aake kade ho jate hain (strongmen prevent the stuff from being taken out).” The police, he says, is unhelpful. They say ‘you are a company, he is a small farmer, woh bichara mar jayega (the poor guy will die).” He gives the analogy of a car and scooter accident, where the car driver is presumed to be in the wrong. “I have empathy but if you have taken a loan and you are not servicing it, I cannot sit and say I will get a waiver from somebody. I have to enforce that collateral.”

It is like music, video and computer software piracy, which was once thriving but has been brought under control because of the initiative of aggrieved corporate players. By making the police aware of the laws that protect intellectual property and providing actionable intelligence they have smoked out the offenders. Since policing is a state subject, the chief ministers’ committee could focus on collateral enforcement too.  Getting the police to act against politically-influential agricultural borrowers will be difficult, but necessary if farmers are to get a wider choice of organized lenders.

The problem cannot be trivial when voiced by a company that claims to have handled 764 million tonnes of produce so far through the equivalent of 1,155 football fields of space (66.5 million square feet) across 4,081 warehouses – 700 of them active – and none of which it owns.  SLCM also has a finance company that lends only against the security of agricultural produce. In the last three years, Sabharwal says, it has given loans worth Rs 1,975 cr against 44,522 warehouse receipts. That works out to an average loan size of Rs 4.43 lakh. But Sabharwal says lending against small lots does not make commercial sense though in a pilot project in Gujarat on behalf of a trust, it had lent against 10 kg of castor. To defray the expenses and make money on a lending rate of 12.5 percent, Sabharwal says the collateral offered should be 300-500 tonnes and the loan size about Rs 50 lakh.

This is where aggregators come in. That task is now performed by arhatiyas or commission agents. But companies that abide by the law cannot deploy their methods of collateral enforcement.

Sabharwal says managing real estate is not what differentiates players like SLCM. Getting the desired space at fine rates is no doubt important. But it is the knowledge of the science of preservation of the collateral that sets the winners apart. The produce may gain excessive moisture in the monsoons, or lose moisture below the thresholds levels in summer and depreciate in value. It may get infested with bugs. Food-grade quality may deteriorate into animal feed. Preservation of the collateral in a form that makes it liquid or saleable at all times requires multi-year weather data of the storage location (temperature and humidity) to be paired with fumigation and aeration techniques that are unique to a commodity. The safe limits of exposure to fumigants vary. If it is an export commodity, the laws of the importing country will apply. If the produce has been grown organically, chemicals cannot be used. The collateral manager has to keep a tab of prices; if the value of the collateral falls below the comfort level, the borrower will have to top up.  Curbing pilferage is very important. Warehouses must be monitored round-the-clock (remotely and centrally to check costs). Not only is access to them controlled, the readings from produce samples taken randomly are fed into GPS-enabled, hand-held devices and uploaded to a central repository. The warehouses are also secured with unique (plastic) seals.

Sabharwal regards his business more like insurance. SLCM has developed a piece of software (patent-pending for seven years) that throws up a checklist of things to do when a hand-held device is fed with essential information about the collateral.  He says his company is properly into managing risks. If warehousing losses (around 10 percent) are brought down (as he claims) to 0.5 percent, he should get to retain a part of the value of the averted losses. Customers initially allowed him to do so, but when they realized he was gaining more than the warehouse rents, they renegotiated the contracts.

Sabharwal has the build of a sparrow and the intensity of a kite. He is steeped in the art: his granddad, Sohan Lal, did the only thing he knew: run a dal mill which he set up in Delhi’s Kishanganj after fleeting Pakistan during the Partition. His father took over the reins thereafter. Sabhwaral stepped him when his father fell ill. He interrupted his MBA training in the US and completed it in India while running the business.

SLCM has eight private equity investors who have put in Rs 300 cr in five rounds of investment. On a topline of Rs 3,600 cr last year, it made a profit after tax of Rs 11 cr, says Sabharwal. He began with Rs 16 lakh in capital and four employees. Currently, he has 1,500 persons on the payroll.

Growth for a company like SLCM can come from partnering with the government which is the largest procurer, transporter and holder of food grains. Despite acquitting itself well in dealings with the Bihar and MP state warehousing corporations, Sabharwal says he has to contend with inertia. The government chooses warehousing service providers on the basis of the lowest bids and not for their skill in assuring quality or reducing losses.

One of the reasons why the government resorts to policing methods to check hoarding or speculative stocking as it calls it, is because it lacks information about the stock of a commodity in the country. If warehouses were networked and posted their stock positions daily to a central registry, the government can regulate supplies and have a better grip on prices. That can happen when warehouse management is done substantially by organized players.