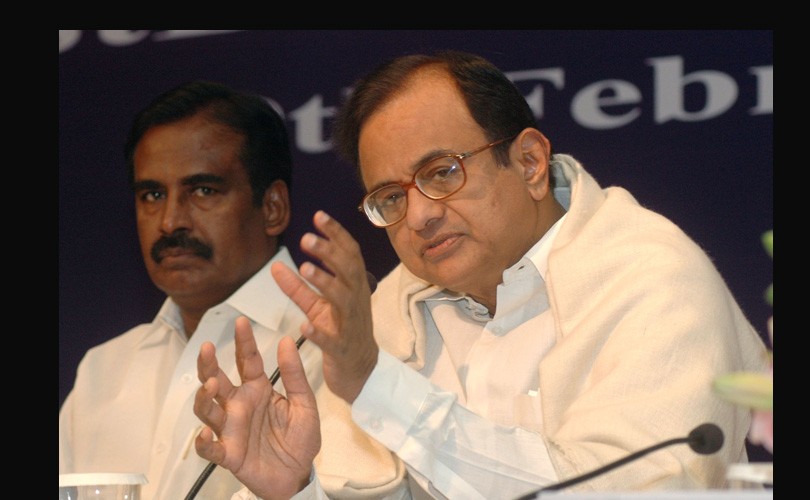 In its manifesto, the BJP had promised that if voted to power in Uttar Pradesh it would write off loans to farmers and fresh loans to them would be free of interest.
In Punjab, the Congress Party had promised that if it formed the government it would “waive off agricultural debt ─ the biggest concern of state cultivators.”  It said the Punjab Settlement of Agricultural Indebtedness Act, 2016 would be made “more comprehensive and effective.” District-level settlement and reconciliation forums would be broad-based with a retired judge as their chairman and one representative each from the public, the government and the lending agency as their members. The settlement of debt would be time bound.

Meanwhile, Maharashtra’s Chief Minister Devendra Fadnavis led a delegation of New Delhi to seek loan waiver for the state’s farmers, who had faced two consecutive years of drought before last year’s monsoon relief. In the Assembly, the leader of the opposition Radhakrishna Vikhe Patil of the Congress Party moved a breach of privilege motion against State Bank of India chairman Arundhati Roy for saying that loan write-offs to farmers disrupted “credit discipline” and borrowers would expect future loans to be waived off as well. “For the time being we will get our money back as the government will pay for it. But farmers will keep waiting for the next election for the next round of waiver,” columnist Tamal Bandopadhyay quoted her as saying.

The renewed interest in farm loans waivers reminded Vivian Fernandes of the mother of all farm loan waivers. In the second week of March 2008 following Finance Minister P Chidambaram’s announcement of the Agricultural Debt Waiver and Debt Relief Scheme, 2008 in the Union Budget presented at end of February that year, he travelled to Sivaganga, Chidambaram’s Lok Sabha constituency in Tamil Nadu to gauge people’s response. Here is a report based on his observations then.

Clean  Slate is what the finance minister and Prime Minister Manmohan Singh have termed the Rs 60,000 cr write-off, supposed to be the biggest loan waiver since Independence.  (The debt actually erased, according to the reply on 8 August 2012 to Lok Sabha Question No 5230 was Rs 52,275 cr till 31 March, 2012. This was based on data given by the Reserve Bank and the agricultural development bank Nabard, the government said. But two years before, on 17 August 2010, the government had said in response to Lok Sabha Question No 3788 that 3.69 cr farmers had benefited from the scheme to the tune of Rs 65,318 cr estimated provisionally).

The one-time settlement was meant to boost agriculture  and revive the animal spirits of farmers’ enterprise by relieving them of their debt burden. Before the budget, the Finance Minister was urging people to shun moneylenders and borrow from state-owned banks but not to treat loans as a “Pongal gift”. But after the Budget announcement, his arguments had changed. On his first visit to his constituency after announcing the farm loan write-off, the finance minister was on a high. The announcement had given Congress workers something to crow about. The finance minister said “there is enthusiasm among party workers since they are in touch with people.”

At Kundrakudi, the finance minister inaugurated Bank of India’s 2956th branch. The ceremony was out of proportion to the occasion. It gave him an opportunity to justify the write off. The debt relief is not a favour, he said, it was repayment of a debt of gratitude to farmers who had kept the nation fed despite suppressed incomes resulting from low prices, unfavourable trade policies, unfair terms of trade, policy neglect and poor public investment.  Defaults among farmers were among the lowest, he said, and few of them wilfully defaulted.

Farmers were not being singled out for compassion, he said, banks had a habit of accommodating industries in distress. Some of India’s biggest groups and corporations ─ Tata, Essar, Sail ─ had loans written off when in difficulty. And not just steel mills, even the sugar industry got frequent loan waivers as it was subject to boom-bust cycles.

Among farmers the reaction was mixed. E Muthulakshmi, a farmer of Devekottai said she had repaid a loan in one shot with a lot of difficulty. She wished she had repaid in instalments instead and got the benefit of the debt waiver scheme.

L Vallikannu,a farmer from Sanmuganathapuram was also disappointed because her loan was from a private bank and not a scheduled commercial bank.

There were villages where a large number of people were in debt. Many of them have borrowed against jewels, which they have strived to repay promptly, so as not to forfeit valuable collateral. Their loans were not overdue, and therefore not eligible for write off. There were also small individual farmers who borrowed as a joint family to qualify for a bigger loan, and would gain partially..

For M Raj, the scheme meant little. He owned two acres and had taken no loan. “This is of no use for poor farmers and coolies like me. Only big land holders will benefit,” he said.

V P Chokkalingam who owned 3.5 acres and owed Rs 175,000 to Indian Overseas Bank, wished he got better prices for his produce. “For paddy, we should be paid one thousand rupees a quintal, for cane one thousand five hundred rupees a tonne. Our earnings will be higher and we will be in a position to repay and we will not be caught in debt,” he said.

A Sathiakala said she owned one acre and had an agri-jewel loan of Rs 50,000 outstanding. “it is a good thing. Now that they have written off this loan, I will be prompt in payment in future.”

M Dhanalakshmi also had a jewel loan of Rs 15,000. “I pledged my jewels to borrow. This write-off will be good for us,” she said.

But farmers were in no illusion that the loan write-off was a new beginning. Farming had become less than paying for a variety of reasons and unless incomes improved, they did not see an escape from the trap of debt.

V Balamurugan, who owned six acres jointly with his brothers had taken a loan of Rs 5 lakh from State Bank of India for a tractor. “There is not enough work going around. My tractor is lying idle. I am unable to repay my loan. I do not have title documents to the tractor too.”

Earlier that month, at the customary post-budget joint industry chamber interaction in Delhi, the Finance Minister had quoted precedents. He cited two: the 1937 debt waiver by Rajaji, the first chief minister of Madras Presidency and deputy prime minister Devi Lal’s 1990 scheme writing off farm loans up to Rs 10,000. (Till 1994, according to Bandopadhyay, Rs 6,000 cr had been written off under this scheme). He also quoted two other examples. In 1987, Tamil Nadu chief minister MG Ramachandran had waived off interest and penalty on overdue farm loans. The UPA government itself has rescheduled loans twice, waived off interest in some regions, and provided loans with an interest subsidy of 2 percent.  The 2008 package was not the first; it was the biggest.

But the loan waiver had not benefited Chidamabaram electorally. In the 2009 Lok Sabha elections he had scraped through with 3,354 votes.  That was quite a drop from his 163,000 vote victory margin in 2004.