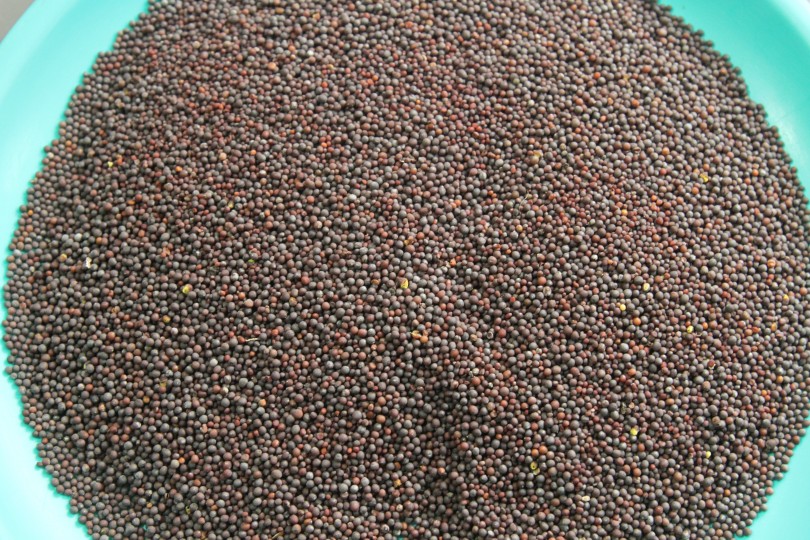 The environment ministry has posted a set of FAQs on its website explaining the process involved in genetic manipulation of the mustard hybrid, DMH-11, whose commercial release was recommended by GEAC, the regulator, on Thursday, 11 May.  They explain why genetic manipulation is a better technique than conventional cross pollination. Incidentally, the FAQs can no longer be located on the website. They were prominently displayed for a few hours till about 4 pm on 12th May. Have they been withdrawn for corrections?  (Yes, said GEAC Chairperson Amita Prasad in a text message. The FAQs will be uploaded after corrections are made).

Here are excerpts relating to safety (with a few grammatical wrinkles ironed out).

Will transgene (barnase, barstar and bar) get transferred to humans or animals when GM food is consumed?

The regulatory agencies assessed thoroughly the dossier and evaluated critically the safety data on toxicity and allergenicity in humans and animals. They found that the introduced proteins do not have any toxicity.

Can the seeds of this GE mustard be directly consumed?

The seeds of this GE mustard are as safe for consumption as other conventionally-grown mustard varieties in India.

Will it be safe to consume leaves of this GE mustard?

This GE mustard’s leaves are as safe for consumption as other conventionally-grown mustard varieties in India.

Will medicinal products containing oil or leaf from this GE mustard hybrid be safe?

Medicinal products containing mustard oil or leaves from this hybrid have been assessed to be as safe as other conventional mustard varieties.

Will my genome structure be altered by consuming this GE mustard? Will GE mustard make me a monster?

The introduced barnase and barstar proteins of the GE mustard are expressed in a specific tissue (anthers) and are not found in other parts of the plant. Bar protein is expressed in leaves but is rapidly degraded during cooking. Also, the expressed proteins show rapid digestion in the human gut in in vitro (test tube or petri dish) tests. Moreover, there has been more than a decade of history of safe use of these three proteins. Hence it can be concluded that these proteins will not alter anyone’s genome after consumption of this GE mustard.

Will this GE mustard taste different?

The compositional analysis of this GE mustard shows that all the biochemical/nutritional components of GE mustard are similar to those of conventionally-grown mustard varieties (Varuna and RL1359).

Will GE mustard be more pungent?

The compositional analysis of GE mustard reveals that the glucosinolate content (responsible for pungency) in this GE mustard is similar to commercially-grown varieties in India (Varuna and RL1359). So, this GE mustard is not expected to have a change in taste.

Will the male sterility-fertility restorer technology have an impact on humans?

The genes responsible for male sterility and fertility restoration are specific to plant cells. They have no selectivity to human reproductive cells. Moreover, in 90-day sub-chronic feeding studies conducted with edible plant parts (leaf and seed) no toxic effects were observed on reproductive organs of rats.

Is this GE mustard still nutritious?

In compositional analysis, this GE mustard is found to be a substantially equivalent to commercially-cultivated mustard varieties Varuna and RL1359. Hence, GE mustard will be as nutritious as conventionally grown varieties in India.

Will milk produced by cattle having this GE mustard in diet be different in colour and nutritional value?

Will mixing of this GE mustard oil with other oil result in dietary toxicity?

After inhalation of this GE mustard pollen, will it have any effect on our body?

Mustard crop have been cultivated for a long time in India. Pollen characteristics of this GE mustard have been assessed and found to have no abnormal characters as compared to conventionally-grown varieties.

Whether farmers are required to use herbicides for cultivation of GE hybrid mustard?

No herbicide is required or recommended for cultivation of GE hybrid mustard.

Does this GE mustard hybrid have terminator technology?

This GE mustard hybrid is developed using barnase-barstar technology and does not have terminator technology.

(Top photo: Conventional mustard. Even the GE variety will not alter your genome, says MoEF.  Photo by Vivian Fernandes)