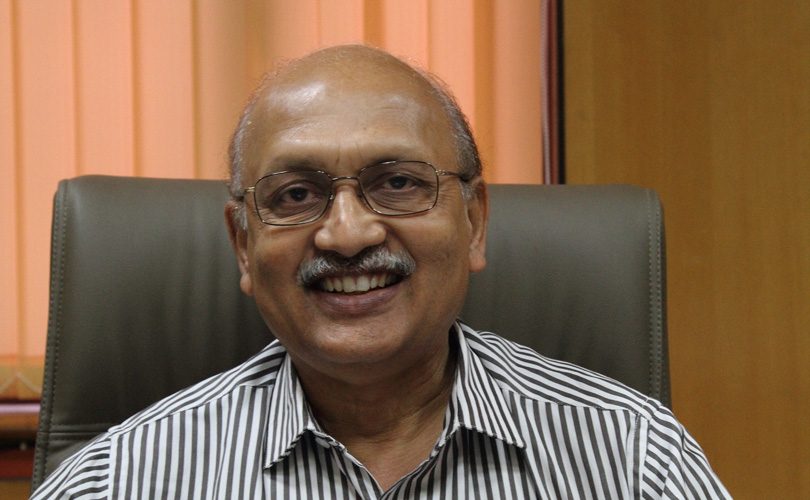 Creating awareness about the rights of farmers and plant breeders to the plant material they have conserved and improved, and enabling them to profit from them will be priorities for new PPVFR Authority Chairman, K V Prabhu, reports Vivian Fernandes,

On 6 February, Kumble Vinod Prabhu took over as Chairman of the Protection of Plant Varieties and Farmers’ Rights Authority (PPVFRA). He was Joint Director (Research) at Indian Agricultural Research Institute (IARI) till then. Given the byzantine ways of the agriculture ministry it was apt that there was a gap of10 ½ -month between selection and assumption of office.

Such weighty matters as alleged violation of protocol regarding showcasing of a new “super short-duration” pigeon pea variety ─Pusa Arhar Determinate 16 ─developed by IARI and awaiting notification came in the way. Another make-or- break issue was a complaint that the candidate had wrongfully taken joint credit for Pusa Basmati 1121, a block buster variety. It was released in Delhi in 2003, and notified in 2005. At that time, to be eligible for the appellation, the immediate parent of an aromatic rice variety had to be traditional basmati.

In 2008, the commerce ministry accepted the reasoning that quality parameters like aroma, colour, kernel elongation and volume expansion should be the criteria and not lineage for aromatic rice to called basmati. That boosted exports manifold.  Prabhu had led the effort. In appreciation, V P Singh, the chief breeder of 1121 wrote to S A Patil, then Director of IARI, and got Prabhu included as one of the authors of the variety. For his detractors it was an instance of credit grab.

These anxieties took their toll of the candidate, resulting even in a medical event requiring hospitalisation.

The rivalry in the genetically-modified (GM) Bt cottonseed industry that generates annual revenue of around Rs 3,500 cr, has made the chairmanship of PPVFRA a hot seat. It has split the industry into two camps. The one led by M Prabhakara Rao, the Chairman and Managing Director of Nuziveedu Seeds, a former franchisee of Mahyco Monsanto Biotech (MMB) asserts that India erred in extending patents to GM seeds and, correctly, the PPVFR Act should apply. In their view, the power to fix fees for use of GM traits should vest in the PPVFRA and not the trait owner.   Seed companies should deposit a share of their sales with with the authority, which in turn should compensate the trait owner. This camp also does not want the authority to insist on no objection certificates (NOC) from trait owners as a pre-condition for accepting an application for registering a new plant variety containing their genetic material, provided the applicant self-certifies that the genetic material has been legitimately sourced.

In October 2016, the agriculture ministry made Rao a member of the PPVFRA.   On 31 May last year, on the last day of the chairmanship of R R Hanchinal, the Authority passed a resolution dispensing with NOC requirement from trait owners.

Fearing that under the circumstances, it would not profit from its patent Mahyco withdrew its application for regulatory approval of herbicide-tolerant Bt cotton in the middle of 2016. The government is now cracking down on the illegal proliferation of herbicide-tolerance cottonseed, but has no approved alternative to offer farmers.

For Prabhu, the issue of plant patents is a settled one. He does not see a conflict between PPVFR Act and the Indian Patent Act. “Trait or expression cannot be patented,” he says. “The process can be patented, the resultant event can be patented and the gene sequence can be patented.”  (An event is the location of an artificial gene construct containing a desirable trait in the anatomy of the plant).

Prabhu says he is more keen on ensuring that farmers and traditional breeders (including communities) are not only recognised for conserving, improving and making available plants with useful traits for the development of new varieties, but also gain financially from the effort.  Only then will they protect their rights, have an interest in conserving plant material and prevent its theft by commercial entities.  Otherwise recognition will be merely “decorative.”

Every year the authority gives 35 Genome Saviour Awards. Apart from a citation, they carry prizes ranging from Rs 1 lakh to Rs 5 lakh each.

The PPVFR Act gives farmers broad rights. They can produce, save, use, sow, re-sow, exchange, share and sell their farm produce, including seed of a variety protected under the act in an unbranded form.  Under the Act researchers can also use a registered variety for conducting experiments or as an initial source for creating other varieties. The right of farmers to sell protected unbranded seed does not agree with UPOV, or the International Union for Protection of New Plant Varieties. For this reason, it has given India only observer status.

To begin with, Prabhu wants to create awareness among farmers about their rights. He intends to engage with state agricultural universities, Krishi Vigyan Kendras (KVKs) and the institutes of the Indian Council of Agricultural Research. In turn, he expects them to reach out to farmers and communities. These institutions can sponsor for registration the plant material that has been conserved by farmers and communities. Landraces or local varieties that have been improved with traditional agricultural methods do not need testing. Registration can be granted on the basis of documented history or authenticated common knowledge, Prabhu says. For example, registration could be granted to salt- and flood-tolerant varieties of rice grown under the Pokkali system of cultivation in paddies that face sea water intrusion in Kerala. If these varieties are registered and used to produce commercial seed, communities can get a share of the earnings.

Since the 1960s the Rasabale banana grown in Karnataka’s Nanjangud area has been affected by the fusarium wilt, a fungal disease. By the beginning of this decade, the crop had reportedly shrunk to just 10 acres. By propagating plant material that had not been affected by the fungus, the University of Agricultural Sciences, Bangalore, revived the crop. If communities or individual farmers had been incentivised they would have conserved wilt-resistant varieties which would have saved the exotic banana from near extinction.

Prabhu also wants to take the filing, tracking and assessment of applications online.

Over time, an evolved national electronic mandi system should enable registered breeders to keep track of sales of produce containing their material, and demand payment for it. This happens in the case of basmati. Millers aggregate it at mandis variety-wise (Pusa Basmati 1, 6, 1121, 1509, 1612 , 1637, 1728…) rather than mix them

All this is in the realm of possibilities. It is 11 years since the Authority began accepting applications. Shaking off the inertia will not be easy. If Prabhu manages to do that in the five years he has in office, it will be worth the anxieties he has endured in the run up to assuming the post.