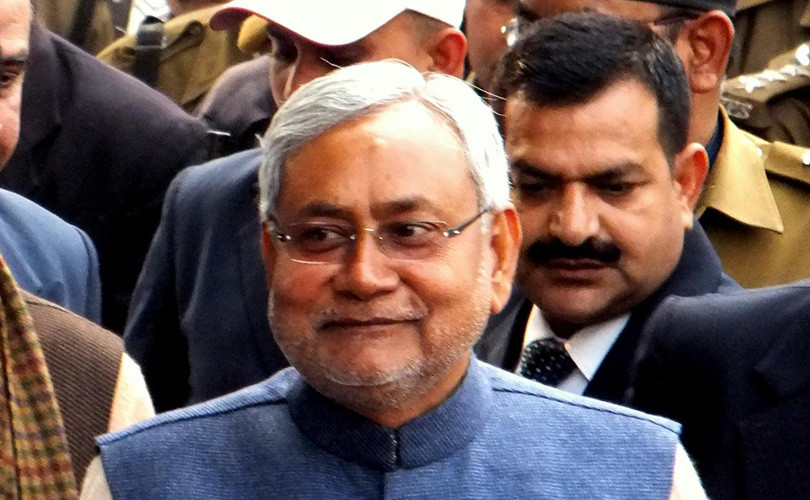 Bihar’s farmers are willing to give their crops what it takes if shown the money. For this they must have access to markets and irrigation. Chief Minister Nitish Kumar had made it a mission to provide electricity to homes. Now that he has been re-elected he must set up a separate electricity grid to energize farm pumps, reports Vivian Fernandes.

An editor had predicted in his Sunday newspaper column that Bihar Chief Minister Nitish Kumar would be returned to office for aggressively bringing electricity to rural homes. This along with law and order and good roads had endeared him to voters; there was no anti-incumbency.

During a visit in June, a private producer of poultry feed in Samastipur said power supply was so good it has junked plans to relocate.

But power is not available at the farm level; pumps have to run on costly diesel. This year rains failed the state once again. Precipitation for the three months ended 30 September was 742 millimetres. This was twenty-eight percent short of normal rainfall ─ against the national-level deficit of 14 percent─ and in line with the trend this decade.  Except in 2011, when there was three percent excess, the state has been in deficit ranging from seventeen percent to thirty percent in four of five years.

For Musafir Rai, 72, of Vaishali district’s Senduari village, the monsoon season was wasted one.  He used a technique called direct seeding which requires no transplantation in stagnant water in paddies but could neither save the basmati crop nor another high yielding variety whose seed he had purchased from a German multinational. ‘With diesel costing Rs 50 a litre how much can one irrigate,’ he asked.  He had lost big, he lamented.

The story was the same at the district’s dalit-dominated (Paswan) Kanhuli Dhanraj village, adopted by the Borlaug Institute for South Asia to demonstrate climate-resilient direct-seeded rice. Shiv Chander Paswan, 55, who owns a little less than half an acre was not confident of harvesting even a quarter of the expected yield. Paying Rs 120 an hour to irrigate two kattas ─ one acre is twenty two kattas ─ from a 180-foot deep tube well was not economical. ‘The crop would have been good if there was a little moisture,’ he said. The Bainsa Lotan canal is nearby, but officials of the irrigation department, residents said, had cut off supply, following a violent clash.

‘There is little point in giving high yielding genotypes or teaching farmers good practices if there is no irrigation,’ says Deepak Bijarniya, research scientist at BISA also engaged in extension work.

The state’s agricultural growth therefore swings like a pendulum from year to year.

Bihar’s farmers may not be as quick in adopting new technology and practices as those of Punjab, but they are willing to adapt if shown the money. Despite the state reputation for lagging on many parameters of progress, it has pockets of very high maize productivity. Farmers this correspondent met in Samastipur district extract seven to eight tonnes per hectare, against the state’s average of three tonnes, and the national average of two and a half tonnes per hectare. True, Bihar’s maize is grown in the rabi season, which unlike monsoon maize is less prone to pest and disease attacks. Silt from the flooded rivers also enriches the soil. But farmers buy hybrid seeds from private companies and generally follow prescribed agronomic practices because their lean-season harvest has ready buyers at higher prices from the poultry and starch industries.

The second green revolution is supposed to happen in eastern India, starting from wet districts of Uttar Pradesh adjoining Bihar. As finance minister Pranab Mukherjee gave an impetus with a programme called BGREI and a budget provision of Rs 400 cr in 2010.  Bihar’s average rice production in the following three years was nearly fifty percent more than the average of the previous three years.  Its average rice productivity would have caught up with the national average if not for havoc caused by the Kosi floods.

In 2008, the state charted pathways to a green, white and blue ─ ‘rainbow’ ─ revolution. In 2012, this was extended for five years till 2017 with a target investment of Rs 150,000cr in irrigation, agricultural marketing and agro-processing.  The impact on agricultural growth is mildly discernible. Average agricultural growth since the 2008 plan was 5.5 percent, against 4.6 percent in the previous six years.

Subsidized seeds, fertilizer and diesel will not help if farmers do not get a good price for their produce. The procurement effort is lagging. Bihar does not a regulated mandi system like other states. Primary agricultural cooperative societies are supposed to procure rice and wheat for the ration system. But they are few, and there are cases of the government not honouring its part of the bargain. Bir Chander Tiwari, 70, a retired school teacher, says the cooperative in Vaishali’s Suratpur Vidya village was left with rice stocks last year after the government failed to lift them. Farmers were also paid less than what they had signed for.  They have to sell to traders who force down rates below the minimum support price.

Bihar’s farmers will also have to diversify from cereals. They must grow high value crops like vegetables. A visit to the Indo-Israel central of excellence  at Gharaunda in Haryana’s Karnal district was illuminating. The emphasis here is minimal land, water and energy use and on profitability. Farmers are taught protected agriculture in green houses where temperature and relative humidity are controlled. The centre supplies two to four week old seedlings of brinjal, capsicum, cauliflower, and cucumber for Rs 2 each. These are bred for resilience and uniformity. Six million of them are sold every year.

Satyender Kumar Yadav, the official in charge says about 1,400 poly houses have come up in Haryana. They grow exotic vegetables like oblong, plum and beef tomatoes, with a bias for the off season. The plants are designed for uninterrupted production. Tomato vines grow up to 25 feet and yield fruit for nine months, unlike conventional ones that are two feet high and last three months. The investment of Rs 35 lakh in one-acre poly houses can be recovered in about two years, prices permitting, Yadav says.

Dan Alluf, the official in charge of Mashav, Israel’s organization for international development, says despite little land and arid climate, Israel is an exporter to Europe of fruits and vegetables. Farmers get as much water as they need for irrigation; it is all recycled and treated sewage, which they have to pay for. He says farmers are innovative; they pressure the industry to innovate and find solutions.

In Bihar there are farmers who have diversified out of cereals. Sudhir Kumar Pandey, 52, of Bishanpur Bakhri village of Muzaffarpur district grows ginger, yam, citrus and turmeric.  His village is picture postcard-like with cemented streets and drains. It proclaims its caste affiliation with a signboard that says ‘Boomihar Tola.’

Private companies should hand-hold farmers like Pandey for mutual gain. Herbicide companies that have developed molecules which are surgical in knocking off weeds can promote direct seeded rice. Multinational wholesalers like Walmart and Metro cash-and-carry, and organised retailers, must be invited to encourage farmers to grow fruits and vegetables, including high value items during the off season under protected conditions in areas that are not prone to flooding. Since the state does not have regulated state mandis, there should be little opposition from entrenched arhatiyas or commission agents to private markets being set up.

In India’s case agriculture is much more effective in reducing poverty than growth in other sectors. If Nitish Kumar makes Bihar’s agriculture must more productive and paying, he will have a strong claim on another term in office.

We look forward to your comments. Kindly post them in the comments box or email them to smartindianagriculture@gmail.com