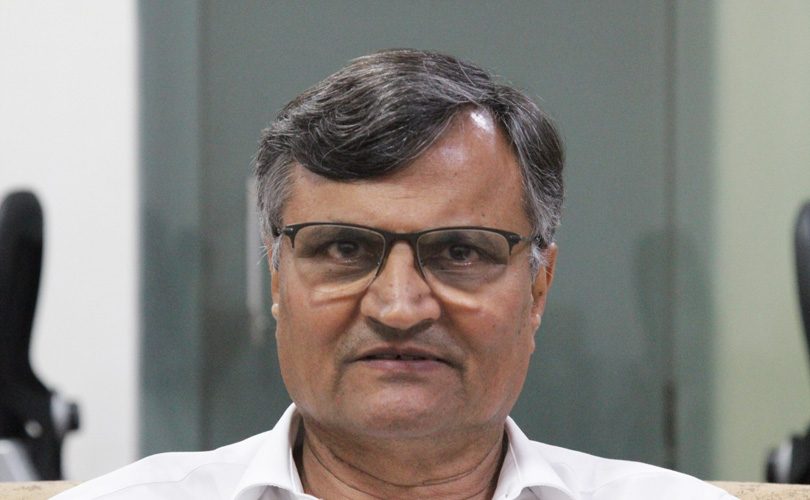 One of the four items on the agenda of NITI Aayog’s Governing Council meeting held on 15 June was the reform of agricultural marketing laws: the APMC Act and the Essential Commodities Act, both of them enacted in the 1960s. The Prime Minister said a committee of chief ministers should be set up. Vivian Fernandes spoke to NITI Aayog’s member (agriculture) Ramesh Chand to find whether the committee would be just another talking shop.  Chand, an agricultural economist, was India’s candidate for the post of Director-General of the Food and Agriculture Organisation but withdrew from the contest last week.

Vivian Fernandes: What is the purpose of the high-powered committee of chief ministers on agriculture?

Ramesh Chand: In the agenda (for NITI Aayog’s Governing Council meeting) we listed four reforms. They are not progressing. The states are not adopting them. Agri-marketing is a state subject. The model Agricultural Produce Marketing Act was drafted in 2003 (to allow farmers to sell their produce outside the regulated mandis without having to pay mandi cess). The second attempt at reform happened in 2013 when a committee of state agricultural marketing ministers headed by Maharashtra’s (minister for cooperation) Harshwardhanji (Patil) gave a report in 2013. The third attempt was made in 2017 when livestock was brought within the ambit of the act and contract farming was excluded.

Last year, in the budget,the Finance Minister announced the setting up of 22,000 grameen haats (agricultural markets for which he provided Rs 2,000 cr for infrastructure). They should be kept out of the purview of the APMC Act. We want to know the states’ view.

The third is the model contract farming act.

The fourth is tweaking the Essential Commodities Act. Currently, it covers only three commodities but it can be clamped on others anytime. This is deterring investment in agricultural marketing (because it imposes stocking limits). Organized sector investments are not happening. Those players want an assurance that the act will not be applied for let’s say the next 10 years. We are not saying that the act should go. It may be necessary in special circumstances like a prolonged dry spell or floods which affect production. This is the fourth reform.

No state has opposed amending the APMC Act in our (NITI Aayog) meetings. But there are apprehensions.

VF: States have implemented the model act of 2003 in a truncated manner.

RC:  No state has adopted the model APMC Act in its entirety except Arunachal Pradesh. The others have inserted riders.

VF: Given the political clout of the arhatiyas or mandi commission agents who are politicians, or related to politicians or finance their political campaigns, is it realistic to expect states to repeal or amend their APMC acts to allow competition?

RC: There is a misperception that the act will do away with commission agents. Not at all! It will only make them more competitive. If somebody in a private mandi charges a commission of 1 percent it will force the arhatiyas at other places to improve their services if they want to charge 2 percent.

VF: Sir, the incumbents don’t want to lose their income as they charge 6-10 percent in commission and charges.

RC: Any change will lead to disruption.  But I believe that it will not pose a threat to the commission agents. It will make them competitive.

How much produce passes through the mandis? I have completed the calculation for eight states. In those states, not even 30 percent passes through the mandis. The rest is informal, unorganized and illegal trade. It is not transparent. I feel that if you make it competitive and there is a better treatment for farmers at the mandis the amount of produce that comes to the APMC mandis will increase.  It will not pose any threat to the arhatiyas who are efficient.

VF: How do you propose to incentivize the change?

VF: If the Essential Commodities Act were held in abeyance for, say, 10 years to attract investment in scientific warehouses and so on, will the government depend mainly on trade policy to regulate prices in case of production slumps and spikes?

RC: The best method for controlling prices is buffer stocking and trade. We have buffer stocks for wheat and rice and now for pulses. There must be timely decisions on trade (to trigger imports and exports). Even with the ECA we have not been able to control price volatility. Unscrupulous traders keep their stocks at farmers’ fields (to bypass stocking limits).

VF: The Essential Commodities Act is a blunt instrument. It is being applied because the government is not sure how much of a commodity is held in stock across the country. If warehouses were networked and their daily stocks were reported to a central database, regulating prices would be easier?

RC: But the people who want to make large investments in such warehouses want the ECA restrictions to be lifted.

RC:  Perhaps the inspector did not notice that some firms are having contract arrangements with farmers. You have to create enabling conditions by law. A farmer from Amritsar came to me and said he was selling directly to the consumer. I asked him did you check the APMC Act of Punjab. (He would have had to pay the state’s stiff mandi cess on such transactions). If nobody is noticing you doing it, it’s fine.  Many states are allowing but it’s case by case. The model act we have proposed protects the interests of farmers. It looks at all possible scenarios. It is about institutionalising the process.

VF: Does the goal of doubling farmers’ income by 2021-22 still hold in view of just 2.9 percent agricultural GDP grown in the last five years?

VF: But is it possible for farmers to shift away from cereals quickly?

RC: Diversification in India is happening at a very slow rate. Why is there so much exotic fruit that is now available? Import substitution is the first big possibility in the case of horticulture. Nowhere will it happen that cereals will be replaced by fruits and vegetables. You arrive at an equilibrium which gives you optimum returns. The present level of cereal production where we have to export 10 million tonnes of rice every year has its own implications for water.  If we divert more area the price of cereals will rise and we arrive at a balance.  I find there is a lot of scope for diversification.

VF: Will the committee look into easing the leasing of land and the consolation of small holdings?

RC: The committee has not yet been constituted. The terms of reference are being drafted. It will be done very soon. But I gather from the concluding remarks of the PM that the high-powered committee will look into implementation. There are so many things in agriculture. To achieve something we need to have focus. The focus should be on agriculture marketing and private investment in agriculture which is happening at a slow rate.