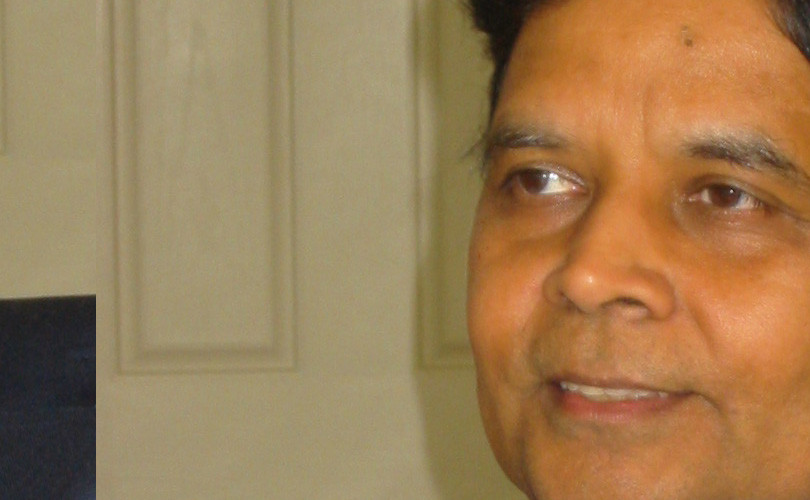 Vivian Fernandes sums up NITI Aayog’s position on GM technology from its 16 December paper on strategies to raise the productivity and profitability of Indian agriculture.

NITI Aayog has made a forceful case for genetically-modified seeds in its paper on ‘Raising Agricultural Productivity and Making Farming Remunerative for Farmers.’ It calls them a ‘powerful new technology’ which makes higher productivity possible with lower use of resources like fertilizer, weedicides and pesticides.

The paper cites the example of Bt cotton, India’s only GM crop approved for cultivation by farmers. It addresses the contention of the Central Institute of Cotton Research (CICR), Nagpur, that the increase in average cotton yield cannot be entirely attributed to Bt cotton. According to CICR, cotton yields almost doubled from 186 kg/ha in 2001-02 to 362 kg/ha in 2005-06, when the acreage under Bt cotton was a tenth of the total. While partially accepting the validity of the argument that the coverage of Bt cotton was small to make a big difference, NITI Aayog says when Bt cotton was introduced in 2002, cotton yields were declining from the peak of 265 kg/ha achieved in 1996-97. The new technology reversed the trend. It spread rapidly after 2006-07 and coverage rose from two-thirds to 95 percent of the cotton acreage in 2014.  Alongside, insecticide usage fell by half in that decade. Farmers in the three main cotton-growing states ─ Maharashtra, Gujarat and Andhra Pradesh ─ made ‘large’ gains, the paper says.

Fears about the health risk of GM foods and their impact on biodiversity are over-blown, according to the commission. ‘No compelling evidence supporting either of these fears has emerged more than two decades after the original introduction of GM foods in 1994,’ it asserts. On the other hand, the technology offers benefits in terms of lower chemical use to control bugs, fortifying foods with nutrients and making crops resilient to pests, diseases and aberrant weather.

Making a case for approval of GM mustard developed by geneticist and former Delhi University vice-chancellor, Deepak Pental, NITI Aayog says India will have to raise the productivity of oilseeds to reduce dependence on imports. Even if India doubles the productivity of oilseeds, imports will remain substantial at 40 percent. It says India has been importing GM rapesed (or canola) with no adverse health effects reported so far. The United States, it says, has benefitted from the technology for one and a half decades.  GM technology also holds promise for relieving the shortage of pulses.

It notes that opposition to GM technology came from a journalist whom it had consulted along with scientists and farmers. It cites an open letter in Swarajya magazine to NITI Aayog’s chairman, Arvind Panagariya, from two scientists that the ‘world’s leading scientific bodies’  including those of the United States, Germany, United Kingdom, the European Union, New Zealand, Canada and India have declared that GM crops are safe. That Panagariya chose to take cognizance of the letter shows which way he inclines.

One of the writers, Shanta Shantaram, teaches biotechnology in the United States and was earlier executive director of the agriculture focus group of the Association of Biotech-led Enterprises (ABLE-AG), which has thirteen companies with an interest in GM technology. (Disclaimer: This website is supported by ABLE-AG).  C Kameswara Rao, the other writer, is associated with the Bengaluru-based Foundation for Biotechnology Awareness and Education. The revived Swarajya magazine, which was started by C Rajagopalachari (Rajaji) to oppose Jawaharlal Nehru’s socialist policies, says it is a ‘big tent of right liberal ideas’ espousing individual liberty and enterprise, free markets, a small state, openness and cultural rootedness.  R Jagannathan, the former editor-in-chief of Firstpost, a views website, is its editorial director. The letter was written before he took over.

Ashok Chowgule, of the surname-sake industrial group of Goa, and an office-bearer of the Vishwa Hindu Parishad,  is associated with Swarajya. He had tried to bring the Sangh Parivar groups  together for a one-day conclave on GM crops in Pune in October under the aegis of Vijnana Bharati.

Despite the success of Bt cotton, the paper notes that India has not approved any other GM crop for cultivation. It says ‘after all the relevant official bodies had cleared Bt brinjal,’ the environment ministry under Jairam Ramesh blocked it in February 2010. The non-visible consequences of that decision? (a) traditional brinjal varieties are sprayed every third or fourth day with chemicals to kill the fruit and shoot borer and (b) the loss of interest among students and researchers in agricultural biotechnology after the boost the subject got from the success of Bt brinjal. The paper errs in blaming the Supreme Court for the ten-year moratorium on GM research. The Supreme Court, in fact, declined to order a stay demanded by anti-GM petitioners. There is no ban on field trials, though states like Maharashtra have suspended them for ideological reasons.

The paper is aware of the nationalist sentiment of decision-makers in the ruling coalition. Given those sensitivities, it says, it may be ‘prudent’ to proceed only with domestically-sourced GM seeds. (But even GM seeds of MNCs are domestically sourced; they are not imported!). Here, it echoes nuclear scientist Anil Kakodkar who made a similar plea in his concluding address at Vijnana Bharati’s conclave.  Luckily, despite the bashing that the technology has received from activists, journalists and some farmer groups, NITI Aayog notes that Indian scientists and research groups have been quietly but actively pursuing the science.