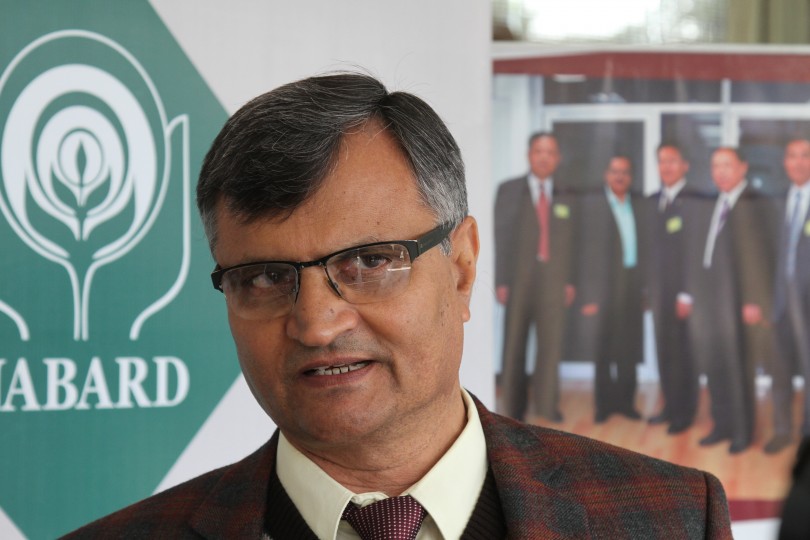 The involvement of companies is essential for profitable and innovative agriculture, but their investment in the area is negligible, agricultural economist and NITI Aayog Member Ramesh Chand said. He was speaking at a two-day meeting of the Asia-Pacific Rural and Agricultural Credit Association in Delhi on 9-10 December.

The share of farmers in agricultural investment at 84 percent overshadowed that of the government at 14 percent and private companies at two percent, Chand said. But private corporate investment was like leavening in dough; it can make farmers income rise significantly while also teaching them sustainable practices like low-water use.

Chand cited the example of Jain Irrigation and its pivotal role in Jalgaon district’s banana revolution, which has placed Maharashtra among India’s top producers of the fruit. The company manufactures and sells drip irrigation equipment, but to drive that business it introduced high-yielding and disease-free suckers (saplings) in the 1990s.

Private companies could change farming practices, which have little changed over time. Farmers transport produce by trucks instead of carts, Chand said, but they sell in the same old manner in regulated mandis. Flood irrigation is the norm, not micro-irrigation. There is also little science in seed preparation and the application of fertilizer.

When told that the government itself was stifling innovation, the denial of approval for cultivation of genetically-modified (GM) mustard hybrid DMH-11 being an example, Chand said the government had to reckon with political sensitivities and “10,000 farmers” descending on Delhi to protest against it.

Chand’s views in this respect do not seem to mesh with reality. It was farmers who planted insect-resistant GM cottonseed, forcing the government to approve it in 2002. They have done it again with herbicide-tolerant cotton despite no approved version being available. The government is now investigating how large tracts are planted with herbicide-tolerant cotton. There are anecdotes about farmers planting insect-resistant GM brinjal which has not been approved for cultivation in India but is being grown in Bangladesh.

So there is no reason why farmers will resist the GM mustard hybrid which has been recommended for approval by the regulator, when mustard yields are stagnant. GM technology is also a more efficient method of creating mustard hybrids.

According to Chand, in NITI Aayog’s assessment cultivation of GM mustard might jeopardize Indian exports of de-oiled cake to Europe, which, according to him, enjoys premium pricing because it is GM free.

This is a departure from NITI Aayog’s earlier stand that GM technology is good for agriculture, but in view of political sensitivities, India should take ginger steps by allowing cultivation of indigenously-developed GM crops till the public is reassured about their safety.

India must also weigh the gain from selling GM-free mustard oil cake in Europe against the loss of income its farmers suffer on account of low yield.  NITI Aayog had welcomed GM mustard technology because of India’s huge  dependence on imported cooking oils. India is not GM free. It produces Bt cottonseed oil cake in large quantities which is used in animal feed.

Chand said the income of farmers from farming varied between 28 percent and 35 percent of the income of non-farmers.  Without targets to double their income in by 2022, and special drives to achieve it, it would take 27 years to arrive at that goal in a business-as-usual scenario. Processing must be encouraged, extensive warehouse built and small holder farmers organised to check volatility in prices and enhance the bargaining power of producers. Chand said contract farming and farmers producer organizations (cooperatives or companies) could help achieve these objectives.