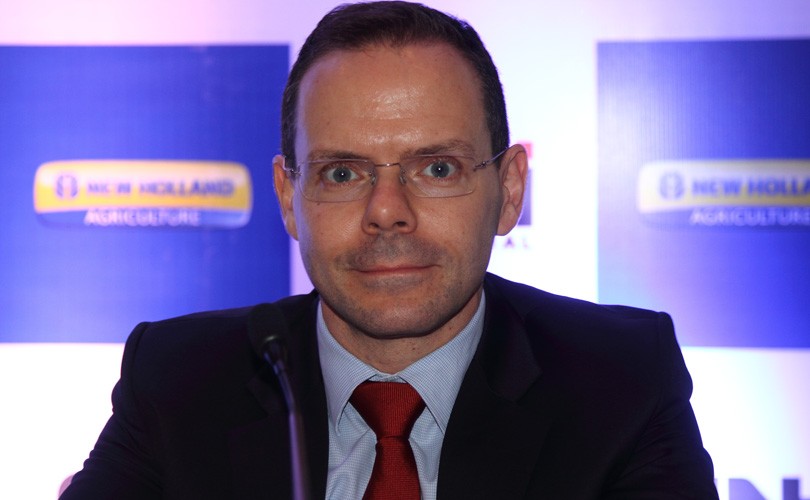 Severe pollution caused by burning of paddy straw in the fields of Punjab has drawn the attention of global agricultural machinery makers like CNH International which is helping the state’s agriculture department with harvesters suitable for wheat sowing without ploughing the fields or setting them on fire, reports Vivian Fernandes.

Sowing wheat in Punjab’s combine-harvested paddy fields without ploughing or setting them on fire is the best way to manage paddy stubble, according to the state’s agriculture department and the agricultural machinery major CNH Industrial (India), which has launched a combine harvester suited for the practice.

“Enforcement was good,” Manmohan Kalia, Joint Director in Punjab’s agriculture department said about the ban on stubble burning. About 5.3 million tonnes of straw was processed and not burnt this year. This, according to him, is about a million tonnes more than last year. The incidence of burning declined by a third, he said. Punjab produces 18.7 million tonnes of paddy straw annually.

What the official termed as good was not good enough as the pollution load in Delhi reached alarming levels on some days in November owing to a combination of vehicle emissions, industrial pollutants, construction dust and soot and smoke from Punjab’s burning fields.

CNH Industrial (India), formerly known as New Holland Fiat (India), launched a combine harvester in October that cuts paddy three inches from the ground (depending on undulation).  Once the grain is separated, it spreads the straw across the field after chopping it. Conventional combines leave 12-16 inch tall stubble.  A seeder that follows makes 1.5 to 2 inch deep slits in the ground through the straw cover, and sows wheat along with fertilizer in them. The New Holland harvesters cost Rs 23 lakh. They are at least Rs 5 lakh more expensive than those being used in the state, but at 130 horsepower, at least 30 percent more powerful.

Punjab has 12,000 combine harvesters of which 7,600 are of 100 horsepower or less, Kalia said. The costliest straw management device sells for Rs 1.4 lakh. Fitting all of them would require Rs 168 cr, though cost would decline with volumes.  Not all the existing harvesters can be retro-fitted as quite a few of them are old and under-powered. The cost of seeders, Rs 1.3 lakh each, is extra. Punjab’s agriculture department has estimated Rs 1,100 cr as the investment required to shift paddy farmers to no-burn practices, if equipment were hired out.

CNH Industrial (India) does not make itself make seeders; it offers them through tie-ups with other equipment makers. At a press conference in Delhi, it made a strong pitch for the harvesting of paddy straw for production of power, gas, paper and particle board. This practice would require three machines ─ a slasher to close cut tall stubble, a rake to gather the straw and a baler to pack them into tight square or round bales. Punjab would need about 10,000 sets of machines if straw were used as an industrial raw material ─ a drooling business opportunity for a machinery manufacturer but perhaps not advised for a state with over-capitalised farms.

Company officials said the use of straw for power production was viable if biomass using plants were located within a radius of 20 km. Kalia said Rs 5,500 a tonne of straw which National Thermal Power Corporation was offering was a losing proposition for farmers if it was the factory-gate price.

CNH Industrial also offered a third option: that of shredding the straw and mixing it in the soil. Apart from the harvester, this would require four other pieces of equipment and five operations. Such a practice was appropriate for fields where potatoes were grown after paddy.

A slightly changed version of this report was published by many websites including thequint.com