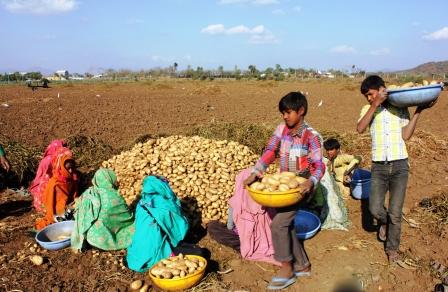 By proposing to protect farmers with a pre-agreed price, the new draft model contract farming act incentivizes farmers not to perform, says a policy analyst and consultant to the National Institute of Public Finance and Policy (NIPFP). The entire premise of the act is to create a legal infrastructure for honouring contract farming agreements. This approach is flawed, says Smriti Sharma, the analyst in an article published in the Mint.

Rather than binding buyers and sellers in an “inconvenient marriage,” the act should strive to prevent contract failures, she says. She warns of monopsony, or many farmers selling to a single buyer, which can leave farmers in a take-it-or-leave-it situation. Information asymmetry can also lead to undesirable outcomes. Contracted farmers can renege on commitments if they get higher prices elsewhere. They may also not understand the terms of the contract, especially the specified quality parameters, which may allow the contracting firm to not honour the agreement to buy, or to buy at a less-than-agreed price. Or the quality contracted may not find other buyers. For example, potatoes grown for making chips and wafers are not the same as those sold in the open market for making sabzi, as they have low water content and high solid matter. This makes the contracting farmers dependent on a single or few buyers.

Sharma also faults the model act for proposing a Contract Farming (Development and Facilitation) Authority with whom all contract farming agreements will have to be registered. This is an additional procedure and cost, she says.

Rather, the model act should try to create an enabling environment by being a repository of information about farmers and farmers producer organisations which are willing to get into contract farming arrangements, the area of land they own, how much of it is available for contracting, the quality of the land, the default rate and so on. Government can also specify standards for crops and enforce them. It can create contract templates with standard features that enable risk-sharing and create incentives for the parties to act in good faith.

(Top photo by Vivian Fernandes of potatoes on contract to French fry maker McCain being harvested at Iqbalgarh in Banaskantha district of Gujarat).