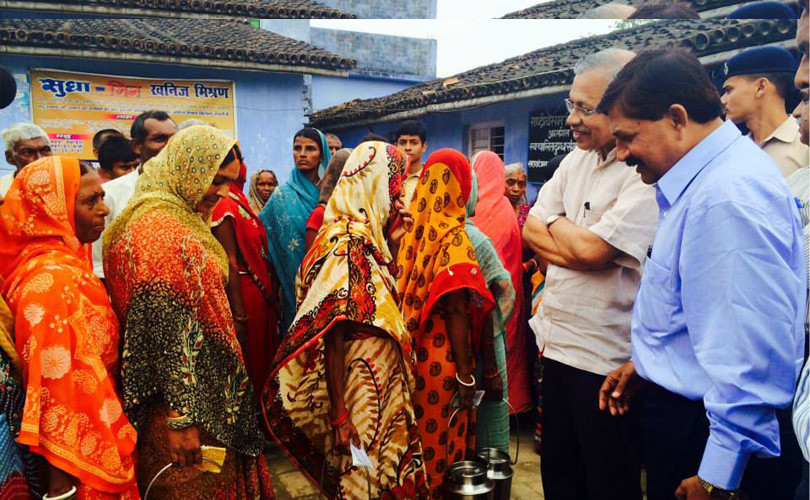 The cooperatives under the Amul brand, and the National Dairy Development Board (NDDB) have made India the largest producer of milk, while at the same time returning to farmers a substantial part of the retail price. NDDB now proposes to do likewise with pulses, with one difference: the pulses will be bought from farmer producer companies. Here are responses from NDDB Chairman, T Nanda Kumar, to a set of emailed questions from Vivian Fernandes. Kumar was secretary in the food and agriculture ministries between 2006 and 2011.

How does NDDB propose to organize pulses farmers? Will it be under the aegis of the existing milk cooperatives? When will the initiative begin? Any estimate of the number of farmers NDDB proposes to enlist?

T Nanda Kumar: Mother Dairy Fruit and Vegetable Private Ltd (MDFVL), a wholly owned subsidiary of NDDB, is marketing pulses under the Safal brand on a pilot basis. NDDB plans to strengthen the initiative through tie-ups with farmer-producer organisations (FPOs). Small Farmers’ Agribusiness Consortium (SFAC) has already registered the FPOs. In the initial stage MDFVL will source through these FPOs. MDFVL plans to support extension services, inputs to farmers and would do hand-holding to improve productivity and market access. Our focus will be on maximising returns for farmers following the milk model.

What kind of support will NDDB provide: inputs, guidance in agronomic practices, procurement and marketing?

The dairy cooperatives helped farmers direct their own development, placing control of the resources they created in their own hands. The aim was to raise production, augment rural incomes and ensure assured market to the milk producers. NDDBs initiative on pulses would be on similar lines, through the FPOs.

Is NDDB going to tie-up with any public research institution/state agricultural university?

NDDB may tie-up with research institutions and state agricultural universities at a later date for research, and sourcing of certified seeds.

Will the pulses operations be confined to those states that have amended their APMC Acts to allow direct purchases from farmers without necessarily having to go through mandis?

Initially MDFVL would start its operations in major pulses growing states that will allow farmers to sell pulses directly through producer companies to MDFVL. It would also seek exemptions from APMC Act provisions wherever required.

Since pulses are prone to insect infestation, is NDDB going to set up storages on its own or it is going to tie up with storage agencies?

To begin with MDFVL would hire storage facilities but may set up its own warehouses in the future depending on the volumes generated.

MDFVL sells about 250 tonnes of pulses per month. This is proposed to be increased significantly. It plans to target bulk and institutional buyers apart from retail consumers. MDFVL will also leverage the edible oil brand, Dhara’s, network to expand the reach of Safal pulses. The initiative will be supported by sales through Mother Dairy booths and other franchisees.

Which are the dals that NDDB would be interested in?

How about doing procurement operations on behalf of the government?

MDFVL does not intend to be part of the procurement operations.

Your views on genetically modified chickpea being developed by the Indian Institute of Pulses Research and Assam Agricultural University, Jorhat. Will NDDB take up these for cultivation, if they meet regulatory approval, or is this a premature question?

At present, our subsidiary MDFVL is focussing on procurement of good quality pulses. There is no proposal to support research as of now.

An unrelated question: why has NDDB decided not to further fund research and development in Delhi University professor, Deepak Pental’s GM Mustard, which is now undergoing regulatory appraisal for mass cultivation?

NDDB has been supporting the research and development project of GM mustard for quite some time. NDDB does not receive any government grant or subsidy and has to manage on its own resources in the best interest of farmers. Since it has been decided to take up the marketing of pulses and vegetables through FPOs we do not have enough financial resources to support large research projects. It would be appropriate to transfer it to ICAR (Indian Council of Agricultural Research) which has a substantial budget to support research initiatives.

We solicit your comments. Kindly post them on the ‘comments’ box or send them to smartindianagricuture@gmail.com