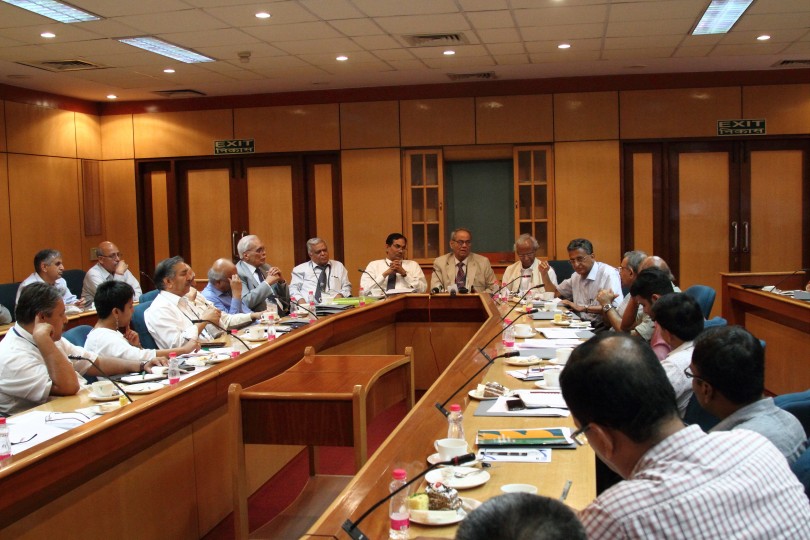 Agricultural scientists are telling the government to stop dithering and start deciding. They are dismayed at the government’s delay in endorsing the regulator’s recommendation for release of GM mustard. “We are just presenting facts and not pressuring the government,” the DG-ICAR said. Vivian Fernandes reports on their bold move.

The National Academy of Agricultural Sciences (NAAS) has urged central and state governments to act upon the recommendations of the Genetic Engineering Appraisal Committee (GEAC) and approve the release of genetically-modified (GM) mustard before the coming planting season so that seeds are available to farmers for sowing in their fields in winter.

In a resolution passed at its annual general meeting, the academy said the GM mustard hybrid DMH-11, which GEAC recommended for release on 11 May, has “fully met the regulatory, bio-safety and performance requirements” and so, should not be denied to farmers.

The resolution said the country must have faith in its scientific and regulatory agencies. “We have apprised ourselves of the of all the conducted studies and unequivocally state that this technology is as safe as non-GE (genetically engineered) mustard. “India’s multi-tiered regulatory system “is one of the most robust… in the world” it said.

The academy said it was “deeply concerned about unscientific and ill-motivated attacks on the use of GM mustard hybrid.”

The resolution urged the government to actively support agricultural scientists to pursue frontier sciences. It said delays in decision-making will only dishearten and de-motivate the scientific community.

A copy of the resolution has been sent to the Prime Minister.

The academy comprises 625 fellows. At the AGM on Monday, 5 June, about 200 fellows were present and they unanimously endorsed the resolution, NAAS President Panjab Singh said.

In a press conference that followed, Trilochan Mohapatra, the Director-General of Indian Council of Agricultural Research (ICAR) said he was not bothered about criticism that the yield of DMH-11 was not as high as claimed. The transgenic technology in it would allow breeders to develop “far more heterotic (better yielding) hybrids” than conventional technology.

He praised Bt cotton, the only GM crop allowed for cultivation in India. It has raised yields and farmers’ incomes and made India an exporter of cotton. It had also been kind on the environment because the use of pesticides on cotton, which was 33 percent of the total used in India, has come down to 10 percent and most of it was for control of sucking pests (which is not targeted by the toxic transgene in Bt cotton).  In short, agri-biotechnology was good for the country.

K V Prabhu, Joint-Director (Research) at Indian Agricultural Research Institute (IARI) likened the transgenic technology in DMH-11 to a “road on  which other hybrids could ride.”  It was faster in creating more hybrids of greater purity than conventional, cytoplasmic male sterility, system he said.

Panjab Singh said GM canola (which is a variety of mustard or rapeseed that has low erucic acid and low glucosinolate content (which gives mustard it pungency) has been used since 1996 when it was approved for cultivation in Canada. So there is long-term proof of its safety. He said mustard is the most important crop for small and marginal farmers. It productivity is low, about 1.1 tonnes per hectare, and has remained stagnant. DMH-11 has 25-30 percent higher yield, so it would improve farmers’ incomes and reduce India’s dependence on imported oil. “People objecting are those who do not understand the science,” he said.

Even the cottonseed oil produced in India is from GM seeds, he said.

Deepak Pental, geneticist and former vice-chancellor of Delhi University, who lead the team that developed DMH-11, those who claimed it would affect the production of honey. On the contrary, being higher yielding, it would put out more flowers for bees to feed on.  Prabhu said though the pollen the bees fed on would have transgenic proteins, tests have shown they did not affect them.

As for the herbicide tolerance, Prabhu said a herbicide was sprayed on mustard fields before weeds emerged. One of three transgenes  inserted in DMH-11 made it tolerant to glufosinate ammonium, a contact herbicide which could be used only during a 15-30 day window when mustard was most sensitive to weeds.

Pental said countries like Germany which fund opposition to GM crop technology use a much larger quantity of herbicides proportionately than India. He said glufosinate was not a cheap herbicide, so farmers would it sparingly even if the government permitted its use on mustard. The hybrid is not tolerant to glyphosate, which is the herbicide that is cheap and most used.

Worldwide, of 33 million hectares under mustard and rapeseed, 8.5 million in Australia, Canada and USA is under the GM version. If India approved the cultivation of the transgenic hybrid, it would add 6.6 million hectares to the global tally.