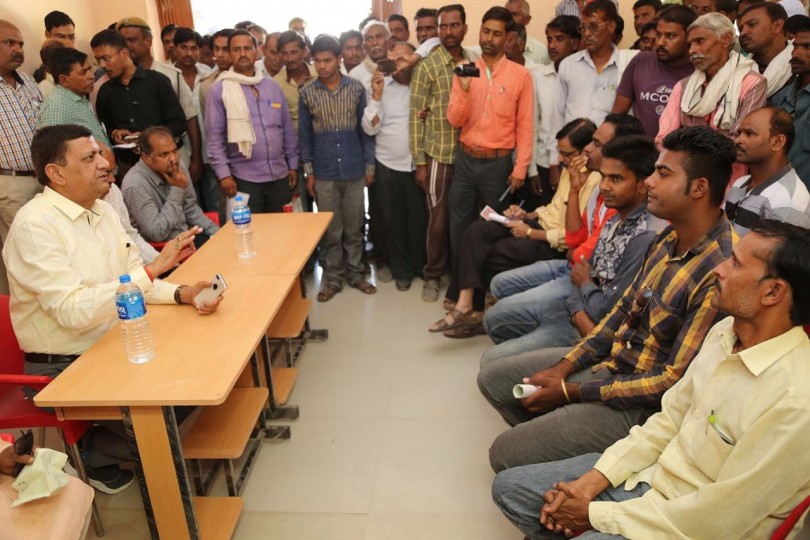 The price of urad or black gram has slumped in Madhya Pradesh. Kuldeep Shukla, a procurement agent for Nafed based in Jabalpur says the state’s Bhavantar scheme is mainly responsible. Because of Bhavantar, the state is not allowing Nafed to procure like it is doing in neighbouring states.

Under the Bhavantar scheme, the government pays the difference between the price farmers get and the minimum support price (MSP). The MSP for urad is Rs 5,400 a quintal.  At MP’s mandis the rates have ranged between Rs 1,400 quintal to Rs 4,000 a quintal this month. Shukla says traders are misleading farmers. Under Bhavantar, the government will only make good the difference between the average modal price between 16 October and 16 December and the MSP. This average is itself the average of modal prices in MP, Maharashtra and UP for the three-month period.

The modal price is the rate at which most lots are sold in a day.

Shukla says farmers will suffer a loss under Bhavantar because not all farmers get the modal price.  In neighbouring states procurement has pushed up urad rates in the market.

Farmers are getting restive, Shukla says. On Thursday, 26 October, they shut down the Narsinghpur mandi. He says there has been farmer unrest also in Bhopal and Jabalpur mandis.

Black gram production is high this year because the government procured urad in good quantity last year. According to Business Standard there has been a 110 percent increase in area to 1.8 million hectares under urad in MP. The paper says prices are low also because rains at harvest time have affected quality. But Shukla says this is not the case.

(Farmers at Shahapura mandi refused to sell their produce till the Jabalpur district collector visited and reassured them. Photo sent by Kuldeep Shukla).