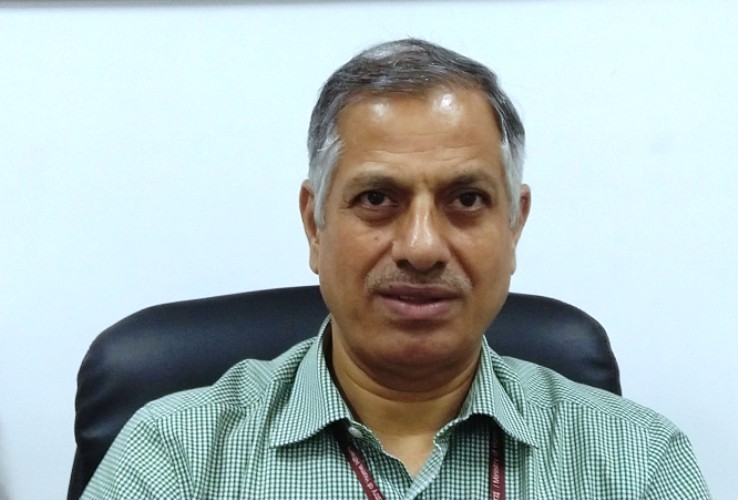 If India is to make a dent in cooking oil imports it will have to expand the acreage under oil palms, increase the yield of fruits and enhance their oil content, reports Vivian Fernandes.

While Mathur, Director, Indian Institute of Oil Palm Research (IIOPR), and the Solvent Extractors’ Association (SEA), an industry lobby, say corporations must be allowed to own oil palm plantations as they can take the financial risk and adopt scientific practices, Vijay Paul Sharma, Chairman of the Commission on Agricultural Costs and Prices (CACP) says plantations are important . But there are other issues that need attention on priority.”

Every Independence Day is an occasion to talk about self-reliance. Finance Minister Nirmala Sitharaman paid homage to that aspiration in her budget speech. She appreciated the farmers for helping the country achieve self-sufficiency in pulses and hoped they would repeat the “success” in oilseeds.

But in oilseeds, India cannot replicate the experience of pulses. It is true that it does not produce enough of the pulses it needs but is getting there. Domestic production meets three-quarters of its annual requirement of 32 million tonnes because of initiatives taken by the present and previous governments.

In cooking oil, India depends on imports for two-thirds of its requirement. Self-sufficiency is almost impossible with oilseeds because there is not enough land available. To make a dent in the import bill, it must increase palm oil production because oil palms have the highest productivity at 4,000 kg of oil per hectare.  In contract, mustard which has a high oil content of 35-42 percent yields 440-500 kg of oil per hectare at current levels of productivity.

Oil palm is a native of the Guinea coast of Africa. It was introduced to India in the mid-1980s under the Technology Mission on Oilseeds. Currently, it covers 3.45 lakh hectares out of a potential area of 19.33 lakh hectares, nearly half of it in Andhra Pradesh.

Uncertainty of income deters smallholder farmers from investing in a long-gestation crop which yields fruit after three years of planting for 27 years, says Ravi Mathur, Director, IIOPR at Pedavegi in West Godavari district. The price of Fresh Fruit Bunches (FFB) is based on the weighted average price of imported crude palm oil and the oil recovery rate. The current monthly price of FFB in Andhra and Telangana varies between Rs 7,200 and Rs 8,000 a tonne. A year ago it went down to Rs 6,000. For farmers to make a profit, the price should be Rs 9,500 a tonne, Mathur says.

It takes 5.88 tonnes of FFBs to produce a tonne of palm oil. The processing cost is Rs 2,858 per tonne. At Rs 9,500 a tonne of FFB, the price of a tonne of crude palm oil will be nearly Rs 14,000 more than price of Indonesian oil including an effective duty of 44 percent. At the current price paid to farmers for FFB, the differential will narrow down to Rs 4,500.

Nasim Ali, CEO, Oil Palm Plantation, Godrej Agrovet (GAVL), says the government must pay farmers the difference between the normative cost and the actual purchase price. But the parameters should be continually tweaked so that inefficiency is not bred. Eventually, it must converge with the market price.

GAVL is a leading player in the industry with 64,000 hectares under contract. As in sugarcane, oil palm farmers are required to supply to a mill in the vicinity which must pay the price fixed by state governments.

Low productivity also haunts the industry. India produces five tonnes of FFB per hectare on average, says Mathur. In Andhra, it is eight tonnes per hectare. Many farmers there get 20 tonnes, while some do as much as 40. The best yield of 53 tonnes was achieved by a farmer in Mysuru, but that’s an exception.

Farms on contract to Godrej get an average of about 17 tonnes per hectare from the ninth year. This is closer to Malaysia’s productivity of 20 tonnes of FFB per hectare.

Low yields translate into low capacity utilization of the processing plants which adds to the cost. There are half a dozen companies in the business. The government pays them between Rs 91 and 117 each for supply of one-year seedlings to farmers from imported planting material. Ali says if the government pays Rs 250 each, tissue culture or semi-tissue culture seedlings capable of yielding 22-24 tonnes of FFB per hectare can be supplied to farmers. He wants these palms to be of the dwarf variety so they fruits can be harvested easily. Currently, mature palms grow to a height of 30-40 feet. Tree climbers are not easily available and charge a packet. Machines, if devised, would be more efficient and affordable.

India’s average palm oil yield is 0.88 tonnes per hectare, compared to Malaysia’s four tonnes and Andhra’s two tonnes. The East Asian country has the advantage of daily rainfall. In India, irrigation is a big cost which can be reduced with drips and sprinklers.

Mathur believes corporations should be allowed to do oil palm cultivation as they can bear financial risks and do farming scientifically. The SEA endorses that proposal. For that oil palm would have to be declared a plantation crop. This would lift the bar on companies from buying agricultural land. The CACP, which fixes minimum support prices, had recommended a mix of smallholder farms and corporate plantations in 2012.

Vijay Pal Sharma, Chairman, CACP, says “plantations are important. But there are other issues that need attention on priority,” like better planting material, more oil content and higher yields. In the north-east, the condition of the roads is such, he says, that FFB often cannot be brought to the mills within 24 hours and there is much oozing of oil owing to bumpy rides.  The current purchase price is also not remunerative, he adds.

Ali thinks corporations will not make a big difference. They may not get large tracts of irrigated land. Smallholder farmers can give the palms better care. Processing companies should do a better job of providing extension services to them, he says.

One reason for depression among farmers and oil processers is the current slump. Palm oil is selling at less than 40 percent of peak 2011 prices. Earlier this year, the European Union banned subsidies for bio-fuel for palm oil from Malaysia and Indonesia, because it was being produced unsustainably by cutting down rain forests. That has swelled the supply.

Prices might remain subdued in the near term because of the global economic slowdown, Sharma says, but they will eventually rise. India must be prepared. He, like Ali, prefers a cluster approach. Rather than spreading them thin, states must deploy resources n areas which are most conducive for oil palms.