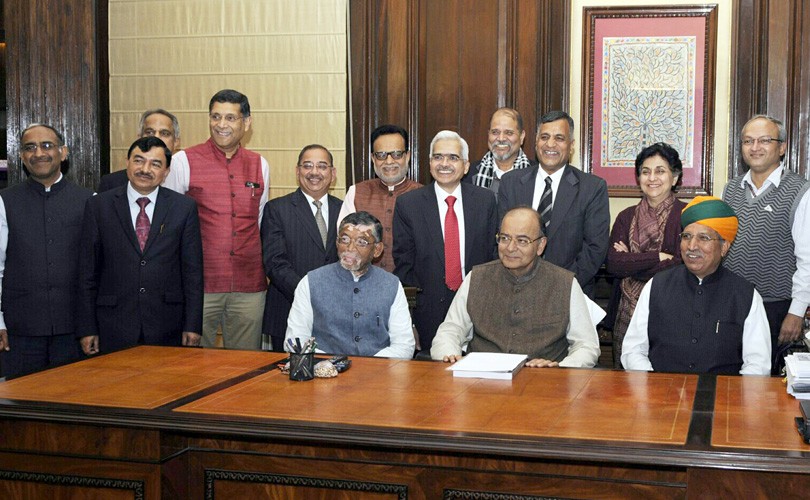 Vivian Fernandes scours the budget to glean hidden gems but finds none.

What is there in the Budget for farmers?

The Finance Minister has set a target for next year of Rs 10 lakh cr in agricultural credit up from Rs 9 lakh cr this year.  That is an increase of 11 percent. According to the Economic Survey, 84 percent of this year’s target was met by September 2016 compared to 59 percent of the target (of Rs 8.5 lakh cr) being met by September 2015 in the previous year. The Finance Minister said special efforts would be made to provide credit to farmers in eastern India and in Jammu & Kashmir.  A sop to farmers was announced at the end of last year:  interest for 60 days on farm loans was waived to mitigate the pain of demonetization.

About 63,000 primary agricultural cooperatives will be computerised and integrated with the Core Banking System of district central cooperative banks. This will be done over three years at an estimated cost of Rs 1,900 cr with state governments also contributing. This will facilitate lending.

The coverage of the crop insurance scheme launched in January 2016 will be increased from 30 percent of cropped areas this year to 40 percent in the coming financial year and 50 percent in 2018-19. The budget provision this year was more than doubled from Rs 5,500 cr to Rs 13,240 cr in the revised estimates to meet claims. For the coming year a provision of Rs 9,000 cr has been made.  Because of massive subsidy, farmers pay 2 percent premium for kharif crops, 1.5 percent for rabi crops and 5 percent for horticultural crops. The rest is borne by the government. But while coverage in terms of both farmers and area has increased, there is little change in speed of settlement of claims. This is still done by visual inspection when technology, in the form of drones and satellites, should have been deployed. State governments have delayed premium payments, denying compensation to farmers in some states, reports economist Ashok Gulati. The government will have to pay attention to this aspect.

The soil health card scheme was launched in February 2015.  According to the its website, so far 2.5 cr samples have been taken. This is the sample size required to map all 14 cr agricultural holdings in the country, according to the 2011 census. Of this, 1.75 cr samples have been tested. In all 5.5 cr soil health cards have been printed. The budget promises to set up mini labs in all 648 Krishi Vigyan Kendras. Though there are about 1,600 soil testing laboratories, only a third can test micro-nutrients like zinc. The government has said it will also provided credit- linked subsidy to those who set up mini labs.

The Long-Term Irrigation Fund’s corpus has been doubled to Rs 40,000 cr. A  Rs 5,000 cr Micro Irrigation Fund will be set up in Nabard to achieve the goal of ‘per drop more crop’. Nabard will also set up a Rs 8,000 cr Dairy Processing and Infrastructure Fund with Rs 2,000 cr to begin with.

The coverage of National Agricultural Market (e-NAM) will be expanded from the current 250 markets to 585 regulated mandis. Assistance up to a ceiling of 75 lakhs will be provided to every e-NAM market for establishment of cleaning, grading and packaging facilities.  This should help farmers sell marketable produce and earn more. States would be urged to denotify perishables like fruits and vegetables from the APMC Act which requires these to be compulsorily sold at mandis. De-notification will allow farmers to sell perishables to whoever they want at the farm gate.  This is an enabling provision.

(Top photo of Finance Minister Arun Jaitley posing with officials in his office on the eve of Budget presentation courtesy of PIB).