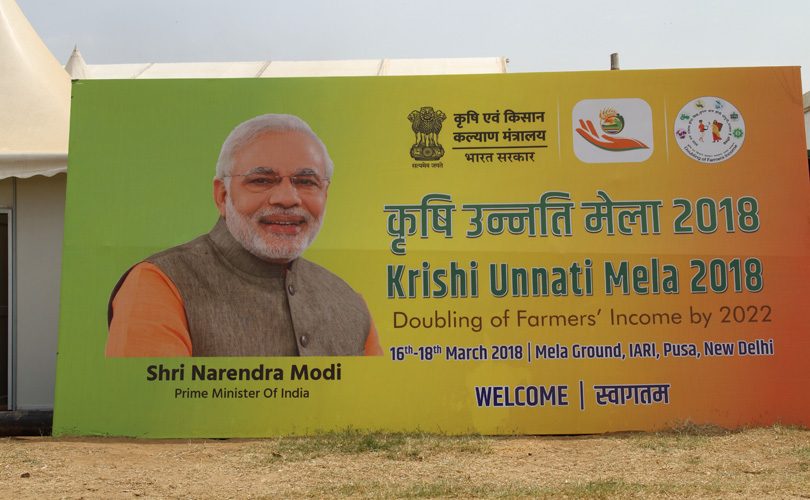 In its four years in power,  Prime Minister Narendra Modi’s government has scored some successes, but there are many disappointments and deep reforms will have to be taken up after the general elections, says former agriculture secretary Siraj Hussain in an article in Mint.

The Rs 500 cr price stabilization fund for onions and potatoes gets a thumbs up from Hussain as also the “handsome increase” in support prices of pulses, and efforts to ensure actual procurement. This has ended the dependence on imports, he says. (This conclusion might be premature-Ed).

The abolition of 50 percent levy on rice mills to reduce excessive procurement and the discontinuation of bonuses to wheat growers to check over production, also gets his approval.

But there are many misses, Hussain says. Foremost is the failure to reform the sugar economy. The Rangarajan Committee had recommended that farmers should be paid fair and remunerative prices (FRP) fixed by the centre when prices are low, or 70-75 percent of the revenue from sugar (including byproducts like molasses) at other times. But  the government failed to implement this when the time was right – that is, when sugar prices were ruling high in the 2016-17 season. The previous government had abolished the 10 percent levy on mills and the quota for monthly releases, making the sugar division of the food ministry redundant.  The proposal to re-introduce stock limits and monthly release quotas is a throwback to the control regime, he says.

The crop insurance scheme has slashed the premium payable by farmers but has not met its promises. States are violating timelines and the discipline of the scheme. Many states have not paid their premium subsidy for kharif 2017. Farmers have not been paid their claims long after suffering losses.

The electronic national agricultural market scheme is also a disappointment because the number and volume of trades on  the platform is low, inter-mandi trades are few and there is little transparency in payments.

The Modi government has failed to reform the Food Corporation of India as per the advice of the Shanta Kumar committee. That committee had said the share of beneficiaries of food subsidy should be reduced from 67 percent to 40 percent, and cash should be paid in lieu of grains to those eligible at least in food surplus areas. (Supporters of the public distribution system like economists Jean Dreze  and Ritika Khera will not agree. They say cash transfers are not a better alternative to subsidized grain.  Nor do they support the linkage with Aadhar numbers-Ed). The committee had also said that the price of urea must be decontrolled and subsidy should be paid in cash into the bank accounts of farmers (a proposal whose efficacy is doubted because many farmers are cash-poor and may not be able to pay for fertilizers upfront-Ed).

This is a reflection of the poor leadership of the agriculture ministry under Radha Mohan Singh. To Hussain’s list of misses one must add the following: Singh’s obsession with organic farming, his love of relatively low-milk yielding indigenous cow breeds, the scant regard for intellectual property rights and the freeze of agri-biotechnology research. The difficulty of trading in cattle has led to an explosion of strays. This has deprived farmers of extra income while keeping them awake at night to protect their crops. But the ministry has been good at organizing spectacles like Krishi Unnati Mela in Delhi and commissioning voluminous reports for doubling farmers’ income.