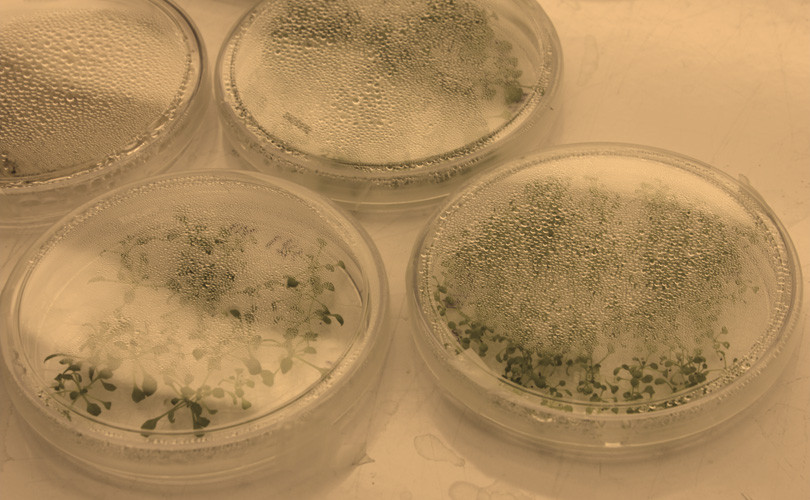 Without a national policy to guide them researchers in GM crops are chasing a black cat in a dark room, says regulatory specialist Gajendra Babu.

Biotech crop research in India started in the 1990s. The first product, insect-resistant Bt cotton was released in 2002. The last one, a different version of Bt cotton, was approved in 2009. Now, we have over half a dozen Bt cotton versions approved for commercial cultivation, which are planted on 95 percent of total cotton area.

With the huge success of Bt cotton and a smooth regulatory mechanism, the private and public sectors got enthused and heavily invested in developing biotech crops. New varieties of cotton, maize, rice, wheat, mustard, brinjal, castor, sorghum, and chickpea are being developed and are in the regulatory pipeline.

The pace of biotechnology approvals slowed down from early 2010, with the moratorium on Bt brinjal trials by the ministry of environment. Research in biotech crops has been moving at a glacial pace since then. It got worse with a new requirement  — no objection certificates from state governments to conduct field trials. Non-functioning regulatory bodies, pending cases in the Supreme Court, and a parliamentary standing committee’s adverse report on biotech crops has added to the uncertainty. Out of these, the first two are the most stifling for technology developers. With no permissions coming for conducting field trials, and with the missed May-July planting window, chances of field trials in 2015 are almost nil. Helpless applicants are staring at another year lost in waiting, without progress. This status quo has severely impacted ongoing and planned research projects, funding, talent retention and morale. In fact, we are going backwards with all these delays.

To revive crop biotech research, the Modi Government must first clearly spell out its  intentions through a national policy for development and adoption of biotech crops. Second, the government must restore the functioning of the regulatory mechanism. Both these will impart immense confidence to stakeholders. Third, the concerned central ministries should initiate a dialogue with state governments seeking their opinion on aspects of agricultural biotechnology: basic research, product development, field trials, commercialization, public acceptance and so on. Based on the feedback, a road map for commercializing biotech crops can be evolved. The national policy and the road map should guide technology developers in choosing crops, technologies and the states to test and sell their products.

Such a policy framework will provide certainty and predictability to stakeholders: corporates, public institutes, funding agencies and scientists. Without it we would continue to search a black cat in a dark room. Only a strong national policy backbone coupled with support from state governments can end the current suspense.

(Top Photo: Sepia-tinted biotechnology. That is how Indian research in GM crops will look if the current stalemate continues. Featured here is GM mustard culture in Prof Deepak Pental’s laboratory in Delhi University).

(Gajrendra Babu is a Ph.D in agricultural entomology from Tamil Nadu Agricultural University. He was regulatory scientific affairs lead at Pioneer Hi-bred International until June this year)