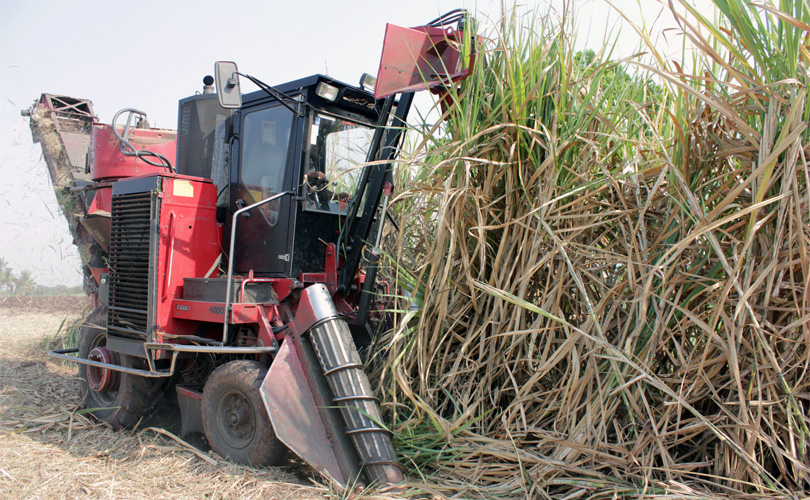 This story first published on www.firstpost.com samples pockets of vibrancy in the Indian countryside. Vivian Fernandes cautions that too much focus on rural distress could lead to wrong agricultural policy prescriptions.

“Spray 50 parts per million of Gibberellic ralic acid, 6BA and 0050 grade potassium on leaves. Apply muriate of potash at the rate of 25 kg per acre.“

Almost every morning, Sanjeev Mane sends messages like these in Marathi to his 5,100 followers on Whatsapp in Maharashtra and the border areas. The post above, of 20 April, was advice to farmers on preparing their cane crop for the summer season. Cheap Internet technology has made Mane’s two decades of experience in extracting high yields from cane, and the wisdom of a couple of retired scientists, available to farmers who are keen on raising their productivity. That the club, called Sanjeev Mane Oos (for sugarcane) Sanjivani, has grown from 300 members when it started on 24 February last year is proof of its practical value.

Amid the daily ─ and necessary ─ reportage of farmers being driven beyond the brink by price slumps and weather-induced crop damage, it is easy to assume that Indian agriculture is a wasteland of unremitting despair. To give in to that view would be to ignore the pockets of vibrancy in the countryside, which are begging to be amplified and scaled up.

Mane, 57, is an arts graduate who owns 16 acres in Sangli district’s Astha village. By observing an  innovative cane farmer in a nearby village, talking to scientists at the sugar research station in neighbouring Satara district, and being curious and open minded, he has been able to increase productivity from 22 tonnes an acre is 1988 to 116 tonnes last year. At Rs 2,500 a tonne, he made Rs 2,90,000 an acre, or a two-fold gain on his cost of about a lakh rupees. Mane’s breakthrough came in 1995, when he got 85 tonnes an acre by adopting drip irrigation technology. (Please note that Mane’s cane is longer-duration Adsali crop of 14 to 16 months, unlike North India’s shorter-duration crop. Temperatures below 16 degrees centigrade also inhibit cane growth and sugar content. This note added on 1 May, 2015).

This stood traditional belief ─ more water, better yield ─ on its head. Sangli is water-rich, being irrigated by the Krishna and Warana rivers. Scientists told him the key was water management: cane should be given just as much water as needed and the root zone should be well- aerated and drained. Along with drip irrigation, Mane adopted a set of practices.  Soluble fertilizer was applied drop by drop (called fertigation), in various combinations and doses. Out of about 2

lakh secondary shoots or tillers that emerge in an acre, he culls eighty percent so that the rest grow fat and healthy. Mane is a big farmer in a district where most own less than five acres. But technology is scale-neutral. Another group of 550, with which he is also associated, meets every month to exchange notes and discuss with scientists. It is called the 150 tonne club after the target they have set for themselves. Some of them belong to a water cooperative in nearby Ahirwadi village, which has one hundred members sharing 104 acres between themselves. Because of the topography, the area is water logged and saline, so they pooled at the rate of Rs 1.65 per acre last year to fetch river water from 5.5 km away. They are all converts to drip irrigation and fertigation. In the very first year of operation, Arun Shankar Yadav, 50, chairman of the cooperative who owns ten acres reported a 25 tonne increase in productivity to 70 tonnes an acre.

Elsewhere, Jalgaon district in North Maharashtra produces seventy-two percent of Maharashtra’s banana produce and three of its talukas account for most of the production. If Jalgaon were a state it would rank fifth in India in banana production. Against the national average of 15 tonnes an acre, Maharashtra’s is 23 tonnes, but those who adopt the package of tissue culture, fertigation and drip irrigation get 40 tonnes per acre or a net saving of Rs 2.5 lakh. Credit for this should go to a corporate headquartered in Jalgaon, whose prescient founder had difficulty obtaining sanction for payment of a drip irrigation technology fee of $30,000 to a US firm in the 1980s. He recalls an official in the commerce ministry saying ‘precious’ foreign exchange was not going to be conserved as water was not being imported. Farmers like Laxman Onkar Chaudhari, 63, and Tenu Dongar Borole, 61, now count their annual income in tens of millions rupees. One could not get a job as a primary school teacher despite a diploma in education (D.Ed) and the other was a tea seller, who has morphed from a patronising Tenya to a respectful Tenu Seth. Avinash Patil, 32, a computer science graduate of Shingadi village in Raver taluka (Jalgaon district), turned to banana cultivation in 2008, after a three year search failed to get him a job. He introduced tissue culture over the objections of his father, who feared the family would get deeper into debt. His annual income from ten acres under bananas is not less than Rs 20 lakh. By successfully taking the risk, he has persuaded the entire village to grow bananas like him.

The Borlaug Institute for South Asia (Bisa) is demonstrating a system approach to farming that marries productivity with sustainability on its 500 acre campus in Ludhiana. It advocates no or zero tillage as a prescription for moisture retention, soil structure enhancement and agriculture cost reduction. This is a radical departure from conventional agriculture which requires massive earthmoving and churning before every sowing. Bisa deploys a machine which is a combination of harvester and seeder. Even as paddy is harvested wheat is sown in untilled fields covered with straw and stubble that are still burnt by farmers in Punjab, Haryana and Western UP despite an official ban. The paddy residue helps retains moisture and prevents growth of weeds. It decomposes and enriches the soil as well. When wheat is harvested paddy is simultaneously sown with direct seeding machines in furrows just two centimetres deep; there is no transplanting and puddling. Moong beans are planted between rows of standing wheat to enrich the soil with nitrogen.

Innovations are happening in the countrywide which the media does not capture adequately. Talk of only gloom and doom helps those who see farmers as supplicants ever in need of state crutches.  What we need instead is a problem-solving approach on the part of the government that builds on the enterprise of farmers and taps into the self-interest of enlightened corporate and cooperatives.