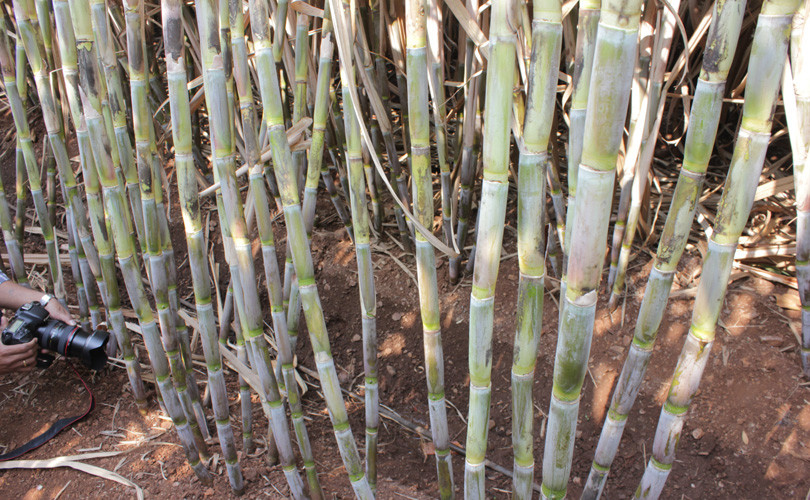 In this second episode of the ten-part series, ‘Smart Agriculture,’ broadcast on CNN-IBN and CNBC Awaaz television channels, we travel to the rather misappropriately named Jalgaon to report about how a company has made the Maharashtra district the most productive in bananas with a combination of tissue culture, drip irrigation and fertigation. If Jalgaon were a state it would rank fifth in the country in banana output. Jain Irrigation and its farmer-customers live off each other. It is a symbiotic relationship which is mutually enriching. We also travel to Sangli in Maharashtra to see how cane farmers are making frugal – and profitable – use of water, by choice, for a crop which is said to be water guzzling. It is a lesson for sugar mills in Marathwada, which have laid claim on a scarce resource, at terrible cost to the residents.  Photo by Vivian Fernandes shows drip-irrigated cane at Astha village in Maharashtra’s Sangli district.