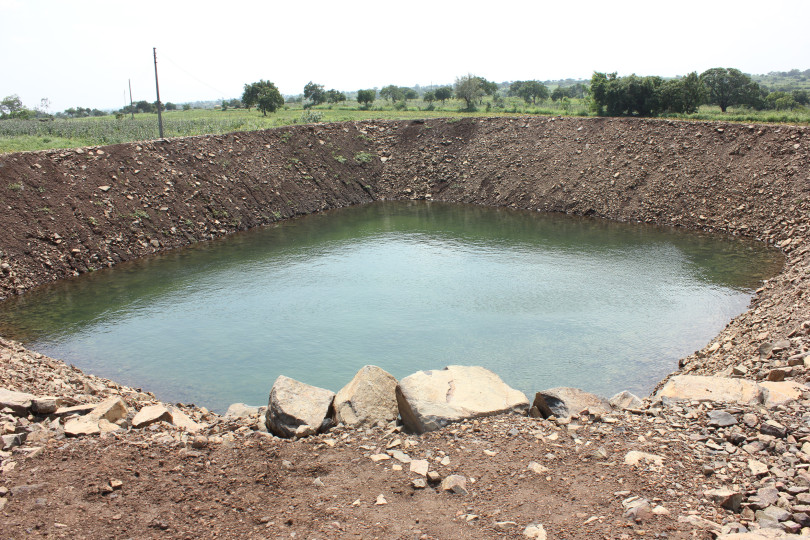 In an interview to Vivian Fernandes, the Vice-chancellor of Vasantrao Naik Marathwada Kurshi Vidyapeet in Parbhani says Marathwada will have to brace for monsoon seasons with fewer days of rainfall and long dry spells. Till end of August this year, the eight districts of the region had received only half the normal rainfall. Rains in September reduced the deficit to 36 percent. But kharif crops are almost lost, except soybean and cotton grown in deep black soils, and tur. Farmers are placing hope on the rabi season.

Has human activity aggravated the impact of deficient rainfall?

We do not see deforestation as in the Himalayan region. This is a dry area. There have been changes in cropping patterns over the past thirty years. Traditionally, Marathwada grew millets and oilseeds which require less water. Over time, their yields have not much improved despite our best efforts unlike crops like cotton, maize and soybean. They have better varieties. Especially in soybean we have a very good marketing system. Buying is done by oil mills and de-oiled cakes are exported to Europe. So soybean has taken a good footing in Marathwada.  (Area has increased from 2.01 lakh ha in 1990-91 to 35.20 lakh ha in 2013-14).
Area under cotton was increasing. It has now stabilised (at 41.60 lakh ha in 2013-14 from 27.21 lakh ha in 1990-91). A compared to millets, pulses and oilseeds, these crops need significantly more water. The same quantity of deficit is showing more impact now than in the past. In the 1960s ad 1970s we had the same deficit ─ about 60 percent deficit in some years. At that time there was lack of food grain and fodder.  But now food grains are not an issue; fodder is. So is drinking water and water for industries.

Have horticultural crops aggravated the impact?

Traditionally, horticulture was practiced in western Maharashtra and to some extent in the Konkan.   Various promotion programmes have increased area in Marathwada under mousami, pomegranate, kesar mango and guava.

Can we say cane is the bane of Marathwada?

Sugarcane has also been steadily increasing (from 5.36 lakh ha to 10.99 lakh ha during the last twenty five years).  I think there are more than twenty five mills.  Another fifteen are waiting for license. This has put a tremendous burden on water requirement.  The same water deficit as in the past is causing a very huge problem for farmers.

I thought soybean was a sturdy crop. But I have seen entire fields where it has wilted.

Soybean does not consume groundwater but chances of failure in case of a rainfall gap are more with soybean than with jowar or millets or pulses.  It is not as resilient. Jowar and tur (pigeonpea) can take twenty five days’ deficit. But soybean grown on light soil will dry up if there is no rain for fifteen days.

So what should be the coping strategy?

The best strategy is to conserve water when it is available. The farm pond scheme is a very good scheme.  The correct strategy would be to harness the surface runoff into the pond rather than building reservoirs in an elevated area (see top photo), and storing water pumped from bores to be used when there is no electricity.  Water conservation is required. There has been excess water conservation effort in Marathwada.  It is more important is to maintain them.  That is what Jal Yukt Shivar is doing. Maintenance work which has been neglected for many years is being done now and one can see the results. We have monitored and can see good recharges of bore wells and open wells.

Will the downpour of 18 September make a difference at this late stage?

Yes it will make a substantial difference because it had come after 45 to 50 days of dry spell. Nothing can be done about crops that have wilted and dried up. But those that have survived like cotton and soybean in deep soils, and tur, are going to be winners despite initial setbacks.

Would you recommend drip irrigation for sugarcane or is even drip-irrigated cane too water intensive for Marathwada?

When you shift from flood irrigation to drip irrigation,  you cut down forty eight percent of water requirement of sugarcane. But crushing also requires a lot of water. We have brought out a publication called ‘What Beyond Sugarcane?’  Mulberry, potatoes, so many crops depending on soil type, can give double the income with half the water for sugarcane. This is an issue where we have no choice. In Marathwada we have to shift to drip regardless of whether the cost is borne by government, mills or farmers and we have to freeze the area under sugarcane.

Area has is more or less stabilised (at 41.60 lakh ha now from 21.27 lakh ha in 1990-91). It is not rising as in the past.  Farmers say that the price of the seed is more.  Sucking pests are still an issue.  Resistance to bollworm is not as significant as many farmers and NGOs claim.  But farmers are still using huge quantities of chemicals which are not required and expensive chemicals when inexpensive options are available because of push by pesticide dealers and companies.  Yesterday (19 Sept) we released an Android app which advises farmers the chemical options and doses for bollworms and sucking pests.  Today we have reached almost ten thousand downloads.

The government is subsidising open wells. Is that wise?

Open wells do not extract water from the deeper aquifers.  We should encourage them. They use water recharged by rainfall.

What are you recommending for rabi seasons in Marathwada?

We have recommended safflower which was a major crop for this area. There is enough moisture in the soil.  September last week is the last week for planting. Earlier we had a problem as labourers would not come to harvest because of thorns. Now we have combines.  We can do large areas in a short time.  We have also recommended Bengal gram and rabi jowar.

There have been many suicides in Marathwada.

Marathwada has been having them for the past three-four years.  Issues are similar both in western Vidarbha and Marathwada. Akola university and we have done many studies and you can never come to any particular conclusion. The reasons are so many and it is a touchy issue.  I can say one of the reasons is drought or rainfall deficiency.  Huge investments where not required, huge indebtedness and pressure to pay the debt triggers them.

I worked in western Rajasthan for eight years at another institute of ICAR. That is, in Barmer, Jaisalmer, Jodhpur, Pali and Jalore. They have a vibrant livestock industry. We used to get only 10 mm of rainfall. They do not have much fodder. But there were grasses and trees.  Even if they lost the bajra crop there has never been a single suicide in western Rajasthan. Never ever. I think it is a complex issue.

You would not attribute it to any particular crop like Bt cotton?

I do not think Bt cotton has a direct link with suicides. When we talk to farmers they say ‘agar kam hota to achha hai,’  (It would be good if the price of cottonseed were less), says Rs 300 or Rs 400 (a packet) but it is not overwhelming because they still spend much more on pesticide and labour than seed.

(All photos by Vivian Fernandes)