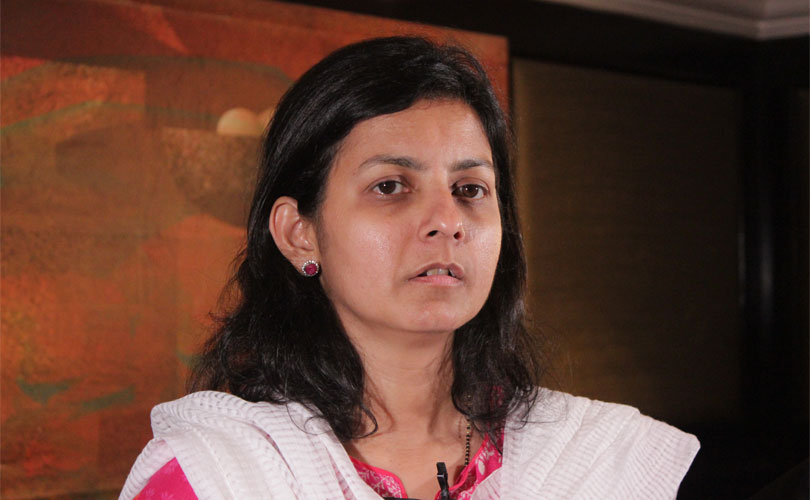 Maize must get a ‘coordinated impetus from the ministries that matter for the crop,’ as it fits in with India’s changing food habits and its need for dollars while addressing a crucial worry: depleting ground water. The ministries of agriculture, food processing and animal husbandry together with seed companies, research bodies and food processors must create a ‘vibrant ecosystem’ where maize can thrive, says Shilpa Divekar Nirula, the CEO of Monsanto India.

The country’s production of maize has increased from 14.5 million tonnes to 24.4 milion tonnes in 2013-14, a ten million tonne increase in as many years. Farmers’ gross earnings (not excluding cost of production) during this period have risen from Rs 13,000 cr to Rs 32,500 cr.

This has been made possible through the use of improved inputs and adoption of better practices. More farmers have been attracted and acreage has expanded to 9.2 million ha. Hybridization stands at 65 percent, though there are pockets in Madhya Pradesh, Gujarat and Rajasthan where varieties (with reusable seeds) are sown.

Nirula gave the example of Saroj Devi Verma, 46, a farmer in Kalpurwa-Bakhrauli village of eastern UP’s Bahrain district who owns four hectares. She got 6.2 tonnes per hectare in 2011 but that only made her aspire for more. With hybrid seeds and proper nurture she was able to extract 11.3 tonne per hectare from her kharif crop and win a state

award in December 2013. Nirula held her out as an example for India’s eight million maize farmers.  There are those in Bihar who get that kind of yield in irrigated conditions but a few also manage the feat in kharif by working ‘incredibly hard,’ she said.

Verma is an outlier. India average yield has improved to 2.53 tonnes per hectare but it is half of the world’s average of 5.1 tonnes. Even neighbours who are not as developed as the United States (whose corn yield is ten tonnes per ha) like Thailand (4.2 t/ha), Vietnam (4.1) and China (5.45) are worthy of pursuit. India’s exports, mainly to South-east Asia, have grown from four lakh tonnes to nearly forty in the ten years to 2013-14. But ‘we can export a lot more,’ to the region, Nirula said, by replacing South America as a supplier.

Food habits shifting to protein-rich diets and increased meat consumption presented an opportunity. Maize is now a feed crop and could be a fodder crop as well, used for silage by the dairy industry. The starch industry growing at 10-12 percent a year on the back of the textile, food, pharma and paper sectors would keep demand healthy.

Maize needed a national policy and vision. ‘We talk of rice, wheat, pulses and oilseeds. We must include maize in it,’ says Nirula. With research, merchanization, improved agronomy and integration with user industries, maize farming could throw up many more Saroj Devi Vermas.

(This is a report based on Shilpa Divekar Nirula’s keynote address to the third maize summit on 9 April, 2015 in New Delhi).