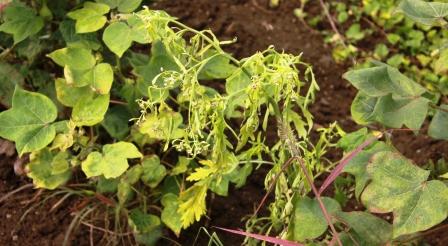 Mahyco, in which Monsanto has a 26 percent stake, has withdrawn its application seeking approval for herbicide-tolerance in bollworm-resistant cotton, according to an exclusive report filed by Mayank Bhardwaj of Reuters, a news agency. The application was before the Genetic Engineering Appraisal Committee (GEAC). The agency says a ‘letter sent by Monsanto’s local partner in India to the regulator strongly objects to the government’s proposal that would force Monsanto to share it technology with local seed companies’. The application was for approval for commercial cultivation of Bollgard II Roundup Ready Flex.  According to Reuters, the letter says the proposal ‘alarmed us and raised serious concerns about the protection of intellectual property rights.’

On May 18 the agriculture ministry virtually issued a compulsory license on patented Bt cottonseed under the Essential Commodities Act. It said licensors of insecticidal traits like Mahyco-Monsanto Biotech could not deny the technology to seed companies so long as their capabilities had been certified by the government.  The notification also put a cap on trait fees that could be charged. In case of Bt cottonseed, the fees were reduced from Rs 183 including taxes to Rs 49.  The fee would taper by 10 percent annually after the first five years. The MRP was fixed at Rs 800 a pack of 450 grams.

Five days later, the notification as converted into a draft for consultation following protests by agriculture research companies and the fear of the shadow it could cast on the Prime Minister’s visit to the US in June. The 90-day consultation period is over. Mahyco India may have withdrawn the application fearing that if approved, it would be compelled to share the herbicide tolerance trait with seed companies virtually for free.

Executives of seed companies have been lobbying the government during the consultation period. The National Seed Association of India, which has been practically taken over by a Hyderabad-based group, wants the controversial notification re-instated. The licenses of the Nuziveedu group for Bt cottonseed were terminated last December by Mahyco Monsanto Biotech, in which Monsanto has a 50 percent stake. This has created fissures within the association which are likely to soon show up in public. Industry chambers like CII and Ficci have said trait fees should be left to private agreements between licensor and licensees.

The agriculture ministry has set up a committee to scrutinize the representations received. Among those in the committee are Shobhana Pattanayak, the agriculture secretary, Amitabh Kant, the CEO of NITI Aayog, Surabhi Sharma, Dy Secretary, Department of Industrial Policy and Promotion, and a few agriculture ministry officials. Agriculture Minister Radha Mohan has taken a dim view of agricultural patents.  In April he had said he would not allow companies like Monsanto to exploit farmers. ‘Monsanto is a good company, it has knowledge but that doesn’t mean you loot farmers and charge any price,’ Economic Times quoted him as saying.

(Top photo of illegal herbicide-tolerant Bt cotton being grown in a field in Yavatmal district of Maharashtra. Photo taken in 2012 by Vivian Fernandes. Thousands of hectares are planted with pirated herbicide-tolerant cotton as farmers want to cut down the cost of weeding).