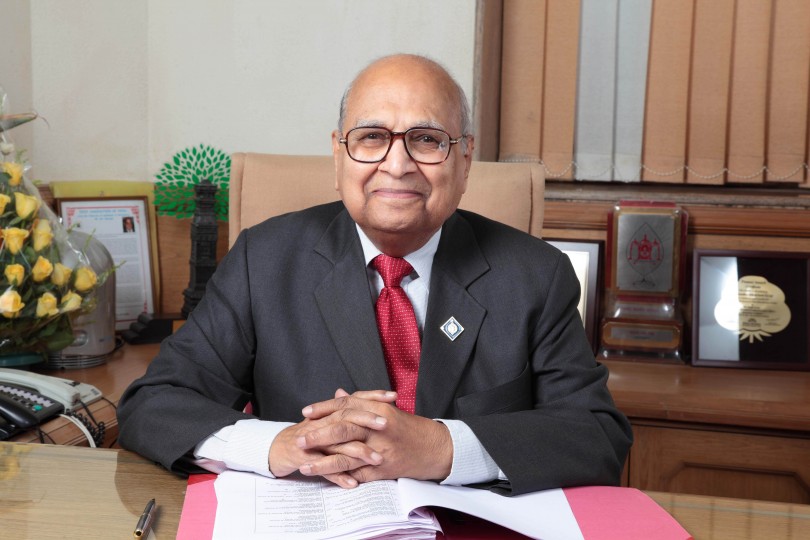 The founder of Mahyco set the foundation for India’s robust seed industry and also flattered the lives of thousands of farmers through useful research, writes Vivian Fernandes.

Badrinarayan Ramulal Barwale, the founder of Mahyco or Maharashtra Hybrid Seeds Company passed away on 24 July, leaving behind a quality seed business that continues to benefit thousands of farmers. He would have been 87 if he had lived till 13 August.  It was Mahyco, which in association with the US multinational Monsanto, introduced Bt cotton in India in 2002. It is still the only genetically-modified crop which Indian farmers can cultivate. That technology made India an exporter of cotton from being an importer and has brought prosperity to the cotton-growing community. It is remarkable that this entrepreneur from Jalna in Maharashtra’s rain-fed Marathwada region should have created a research-based enterprise without formal training in plant breeding or genetics. He had studied till the 10th standard.

Bt cotton adopts a gene from a soil bacterium for resistance against bollworms. A similar “event” happened with Badrinarayan too. He was given away in adoption by a Kagliwal, lower-middle class farming family in Maharashtra’s Hingoli district to the Barwales of Jalna who were commission agents at the local regulated agricultural produce wholesale market. That perhaps lit the latent entrepreneurial spark in him.

Badrinarayan began as a farmer. Like them he was on the lookout for good seeds and found them at a fair in Delhi. He brought a  variety of virus-resistant ladyfinger or okra (bhindi) seeds — Pusa Saoni — developed by the renowned breeder A B Joshi of Delhi’s Pusa Institute  (now Indian Agricultural Research Institute) but when he did not get a good price for his produce, he decided to venture into the production and sale of high-quality ladyfinger seeds. He first produced them for his family and friends and saved some for himself. He then roped in farmers for commercial production. It is a model he followed. Participatory seed production gave farmers higher profits than they would have got by growing crops. It also created employment as hybrid seed production requires manual pollination – a labour-intensive activity. In 1964 he set up the company by which he is known.

Mahyco eventually diversified into the production of seeds of about 30 crops including ladyfinger, jowar, bajra, cotton, a variety of gourds and oilseeds. At one time it has a significant presence in sunflower, but no longer. Currently, it is focused on eight crops including Bt cotton and hybrid rice. It is at an advanced stage of developing hybrid wheat. Apart from chillies, ladyfinger, brinjal and cauliflower are the mainstay of its vegetable seed business. Mahyco also developed Bt brinjal on its own (not in collaboration with Monsanto) but in 2010 was thwarted from bringing it to Indian farmers  by a minister for ideological reasons. Mahyco’s research has benefited the farmers of Bangladesh. The country allowed cultivation of Bt brinjal on the basis of Indian bio-safety data in October 2013.

Despite India’s regulatory system being hostile to genetic modification technology, Mahyco continues to use it as a tool to develop traits like nitrogen-use efficiency, virus resistance and drought and salinity tolerance. After waiting for five years, it got permission for event selection trials this kharif for nitrogen-use efficiency and drought resistance in cotton. This is the stage before bio-safety I or BRL-I trials.  It is also planning to test wheat for salinity tolerance in Gujarat during the rabi season and is hopeful of regulatory approval.

Given the political hostility to GM technology in the country, Mahyco has been keen to project itself as having research interests beyond GM. “We are excited about our work in gene editing but are awaiting regulatory clarity,” says Bharat Char, the head of research. It is also engaged in double haploid technology to produce plants with useful traits within one generation.

For his contribution to agriculture, Barwale was awarded the World Food Prize in 1998. He was the first businessman to get it. While awarding the prize, Barwale’s contribution in developing 321 hybrids of 21 vegetables and 18 other food crops, including 177 varieties developed through in-house research was acknowledged. The award carried a prize money of $250,000, which Barwale said he would give for the development of the seed industry and to educate farmers in better practices.  In 2011, he was conferred the Padma Bhushan.

But the real prize is the gratitude of Indian farmers whose lives he improved. His model of shared prosperity is an example of business as a force for social good.