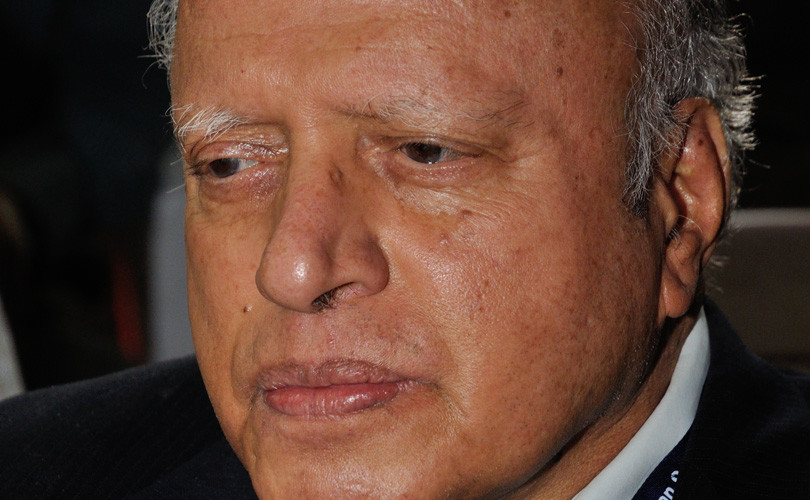 The scientist, known as the father of the Green Revolution, wants an end to the ‘go-no-go’ and ‘on-off’ attitude of states to genetically-modified crop trials. The Times of India endorses his stand in an editorial. It says India has been excessively cautious on GM crops despite a strong regulatory system, and the pendulum must swing in the direction of innovation.

Eminent agricultural scientist M S Swaminathan says the Indian Council of Agricultural Research (ICAR) and state agricultural universities should coordinate field trials of genetically-modified crops across the country to get over the on-off and go-no-go policy attitude of states to them.

Speaking to the Times of India, Swaminathan says the benefits and risks of GM crops cannot be known without field trials. He wanted the government to create a Biotechnology Regulatory Authority of India (BRAI). A bill was drafted by the previous government and tabled in parliament. It lapsed with the last Lok Sabha. The bill has not be re-introduced.

An all India coordinated project, in Swaminathan’s view, would bring uniformity to risk assessments. It will also reassure the public.  The ‘sooner this is done, the greater will be the public confidence in the procedures adopted for assessing risks and benefits; said Swaminathan in the backdrop of a complete standstill on the issue of field trials in many states.

The Times of India in an editorial has also endorsed Swaminthan’s proposal. It says the stalemate that has gripped India after the success of Bt cotton must be broken. Some government committees have taken too negative a view on GM crops. The balance of opinion within government has veered towards excessive caution rather than innovation. India, it says, has a robust risk assessment system which is in line with protocols advocated by the OECD, the club of rich countries, and the International Plant Protection Commission.

In a post on the website of his namesake foundation, Swaminathan wrote in June 2015 that Parliament must approve the BRAI bill so India can have an independent regulator which inspires all-round trust. He said his foundation was engaged in the genetic modification of rice for salinity tolerance using genes derived from the medicinal mangrove species Avicennia marina and for drought tolerance with proteins from Prosopis juliflora, a shrub native to Mexico, South America and the Caribbean.  Unless field testing was permitted, he said, we cannot assess the benefits and risks in a reliable manner. Hence at least field testing of GMOs should not be prevented. They should be released for cultivation after bio-safety clearances. For this the government must set up an independent regulator without delay. Swaminathan wanted public sector research to be encouraged for inclusiveness in access to technology.  There was very good expertise in public sector institutions in the fields of molecular biology and genetic engineering and we should derive the full benefit from them. There was at present no opposition, he said, to medical, industrial and environmental biotechnology as well as the control of technology. Rightly the concerns were around food biotechnology. This is why Parliament’s approval for the BRAI was an urgent need.

We look forward to your comments. You may kindly post them in the ‘comment’ box or email them to smartindianagriculture@gmail.com