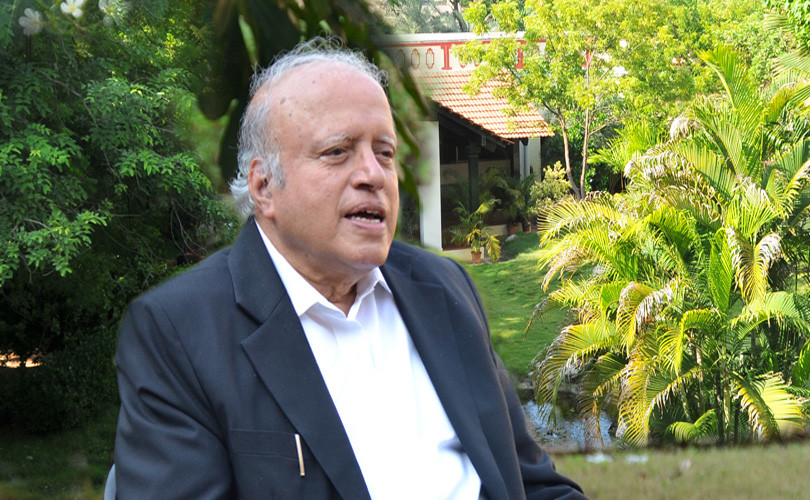 At our request M S Swaminathan’s office sent us his unedited comments to the Times of India on GM crop technology (see next story), which we reproduce in full. We do not wish to prompt you, but set the context: in saying that the release of GM crops for cultivation should await a regulator for crop biotechnology, Swaminathan seems to suggest that the present set up is inadequate. We not agree. Indian safety standards are based on international ones and the Genetic Engineering Appraisal (previously Approvals) Committee is a fine regulator. We do not also agree that farmers choose Bt cotton because they have no option. In fact, cotton varieties have been driven out of the market because they do not offer protection against bollworms like Bt cotton does. This is the reason why even farmers in Vidarbha pay as much as Rs 830 for half a kg of Bt cottonseed, when CICR’s open pollinating varieties are available for Rs 150 a kg. Also, Bt cotton does not offer resistance to whitefly, though whitefly-resistant cotton can be spiked with the Bt gene to ward off bollworms. Swaminathan’s comments follow:

“The history of genetic modification goes back to 1953 when Watson, Crick and Wilkins announced the double helix structure of the DNA molecule. From 1980 onwards methods of gene transfer using suitable vectors have been standardised. The very first GMO was in the flower Petunia. Since then a wider range of GMOs (genetically modified organisms) has become available both for commercial cultivation and for field trials. Because of suspected unanticipated adverse impacts ofGMOs on human and animal health as well as on environment and biodiversity, biosafety regulations have become important. USA has the largest number of GM crops under commercial cultivation. In India, so far only Bt Cotton has been allowed for commercialisation. Bangladesh has allowed Bt Brinjal also.

“Recombinant DNA technology permits us to move genes across sexual barriers and thereby create novel genetic combinations. For example, at MSSRF (M S Swaminathan Research Foundation, Chennai) genes for salt tolerance from the mangrove species Avicennia marina and for drought tolerance, from Prosopis juliflora have been transferred to rice varieties. Unless field testing is permitted, we will not be able to assess the benefits and risks in a reliable manner. Hence at least field testing of GMO should not be prevented. As far as commercial release is concerned, this will have to be done, after the necessary biosafety clearances are given.  For this purpose, we should establish without further delay a National Biosafety Authority which inspires public, professional, political and media confidence. We should also promote more public sector research so that there can be inclusiveness in access to technology. Private companies obviously will produce technologies, where the small farmer will have to buy the seeds every year and where the findings are protected by intellectual property rights. There is a very good expertise in our public sector institutions in the fields ofmolecular biology and genetic engineering and we should derive full benefit from them. There is at present no opposition to medical, industrial and environmental biotechnology. Rightly the concerns are around food biotechnology. This is why a Parliament approved Biosafety Regulatory authority has become an urgent need. This is essential for implementing Prime Minister’s suggestion for harnessing the benefits ofmolecular biology and genetic engineering for agricultural progress.

“There are techniques now available which can achieve the same purpose as recombinant DNA technology. For example, marker assisted selection can help us to have the desired genetic combination. Similarly the new technique ofgene editing is showing promise in the field of medical biotechnology, although there are still doubts about the biosafety aspects in human beings.

“There is another important question relates to permitting scientists to undertake field trials in GM varieties and crops.

“The question of permitting scientists to undertake field trials with GM varieties and crops has been a matter of controversy, although field trials are absolutely essential to assess risks and benefits. The Maharashtra Govt has now given permission to seed firms to begin field trials with GM varieties of rice, corn, chickpea and cotton. (The Maharashtra government gave permission at the beginning of 2015 but suspended it later. At the time this piece was posted, the suspension was not revoked – editor).  Probably other states may also take similar action. In this context, the proposal I made 10 years ago that ICAR should organise an All India Coordinated Project for the field testing of GM crop in the farms of Agriculture Universities with appropriate precautions is worthy of implementation. This will provide a uniform method ofassessment in Farm university controlled land fields. Also, the Project Coordinator should be a biosafety expert, so that the field trials can be assessed from the point of view of biosafety in addition to agricultural utility. Sooner this is done, the greater will be the public confidence in the procedures adopted for assessing risks and benefits.

“Genetic modification is only a research tool. Its value will depend much on the purpose for which it is used. In normal plant breeding, we can make considerable changes in plant architecture and yield potential.

“More recently, new techniques like CRISPR or gene editing have become available. They may in future help to breed novel genetic combinations without resorting to the recombinant DNA pathway.  However at the moment there is enough scope for attacking the problem of hidden hunger through naturally occurring biofortified plants. Ultimately, the Mendelian and molecular breeding should be used in a mutually reinforcing manner, to achieve higher productivity coupled with greater stability of yield.

“In the absence of alternative choices, cotton farmers have been taking to Bt hybrids which recently have also been affected by white fly. Fortunately, the Central Institute for Cotton Research (CICR) of ICAR, Nagpur which I established in the 1970s has come out with a cotton variety which is ideally suited for small farmers with limited coping capacity in case of crop failure.  The new cotton variety has triple strengths namely, crop duration is reduced to 150 days from 200 days, secondly, there will be increased yield because of the opportunity for growing more plants per sq.m and thirdly, farmers can keep their own seeds unlike in the case of hybrids where they have to buy seeds every year.  CICR has in the breeders’ assembly line about 21 high yielding pest resistant cotton varieties suitable for cultivation in Maharashtra and Telengana.  Our gratitude goes to Dr K R Kranti, Director, CICR and his colleagues for orienting the scientific strategy to suit the needs of resource poor farmers who normally have to buy seeds every year by taking loan from either banks or money lenders.”

We are keen to hear from you.  Kindly post your comments in the ‘comment’ box or email them to smartindianagriculture@gmail.com