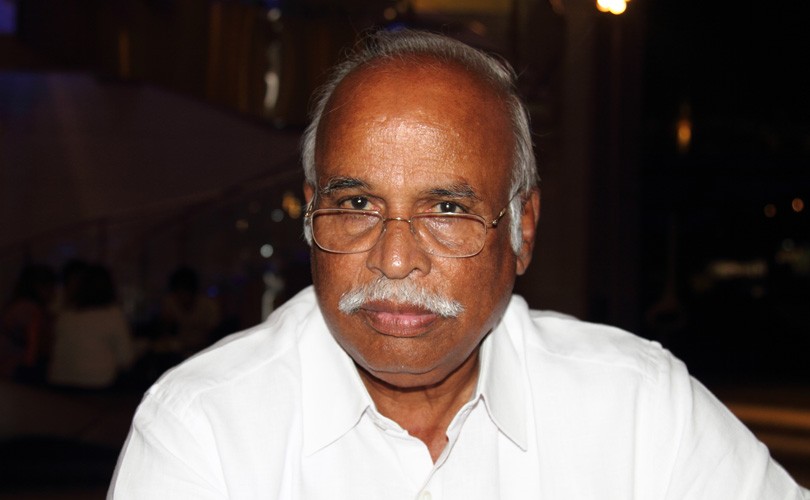 M Ramasami, Chairman of Salem-based Rasi Seeds, is an industry veteran. As Chairman of the breakaway Federation of Seed Industry of India (FSII) that came into existence in August 2016, he has been seeking a crackdown on illegal cultivation of herbicide-tolerant (HT) cotton. In this interview with Vivian Fernandes he says inconsistent policies, unpredictable regulation, the conflict between intellectual property protection laws, and the tendency of all genetically-modified technologies, whether Bt cotton, Bt brinjal, HT cotton and may be, Bt corn to first enter the country illegally does not bode well for farmers and the seed industry.

Vivian Fernandes: You met the environment minister, the environment secretary and the additional secretary who is also the Chairperson of the Genetic Engineering Appraisal Committee (GEAC). What assurance did you get?

M Ramasami: They realized the gravity of the situation. And they assured stern action. Already they have written to the state governments. We explained to them the ground reality, the possible damage that can happen to farmers and the seed industry.

What is the ground reality?

There is large cultivation of herbicide tolerant (HT) cotton in the country, especially in Gujarat, Maharashtra, Telangana and Andhra Pradesh.

Can you quantify “large”?

The report (of South Asia Biotechnology Centre) says around 35 lakh packets. That is around 8 percent of the total annual cottonseed market by volume.

I am sure seed companies like yours were aware of illegal HT cotton cultivation. Why did you have to wait for the SABC survey and report to escalate the issue to the ministry? Did you inform the environment ministry and GEAC earlier?

As a company we do not have any business with GEAC.  In FSII, this subject did not come up. After SABC only the association took cognizance. After the report we moved into the field and realized the gravity of the situation.

Your extension workers never told you?

It was here and there, they used to say. We did not know it was so alarming. This is the first time we are hearing, that too in September. The sales happened in March and April. The operators distributed the seed well in advance (of the planting season). The season starts in south and central India in June.

Is the HT trait in the illegal seeds a proprietary trait?

Yes. It is Monsanto’s patented technology.

Last year when Kavita Kuruganti, who is an anti-GM activist, held a press conference in Delhi, after she was denied the time she wanted by GEAC to make her case against GM mustard, she was saying large tracts were under HT cotton. She blamed Monsanto. So how was industry not aware?

Industry was not aware of the magnitude.

What is the harm that can happen to farmers?

During 2001 and 2002, this kind of illegal proliferation was there in Bollgard I (cotton with genetically-modified, insect-resistant gene). The government took some action. In 2002, Bollgard I was approved for release. This HT technology has undergone all the biosafety studies and was in the final stage of approval. For reasons best known to Mahyco it withdrew the application for approval. Again this illegal cultivation has happened as in 2001.  People are knowledgeable. The technology integration is perfect. The farmers are realizing the performance.

If the technology integration is perfect, is it a professional job?

It is a professional job.

Is it happening in the production plots of seed companies?

It is at research level.  It has not come to my knowledge that established companies are involved in this activity.

In the representation given by SABC to GEAC, the test report of CICR (Central Institute of Cotton Research) is appended. It mentions that two hybrids called Jadoo and ATM, which are brands of Kaveri Seeds, tested positive for herbicide tolerance.

We have no idea. The press reports have not mentioned Jadoo and ATM.

You have not seen the SABC report?

You said action was taken in 2001-02 against illegal insect-resistant cotton. No action was taken. The then chief minister of Gujarat who is now a resident of 7 Lok Kalyan Marg in New Delhi did not act on the GEAC’s directive to have the crop destroyed.

What can happen now?

The government must take stringent action and see that it is contained. It cannot be prevented. Otherwise, it is going to be huge next year.  I have been in this industry for 20-25 years.  Producing 30-35 lakh packets of a new variety takes about 4-5 years. Once you reach that level, the jump is very fast. It may go to 70-80 lakh (packets).   Farmers are facing labour problems. With this technology weeds are perfectly controlled.

If the technology has been perfected, where is the danger?

So far no untoward incident has happened. If unscrupulous operators jump in and seed purity is not there, then there will be devastation.

What kind of devastation?

The sprayed weedicide can not only kill weeds but also the cotton crop if  seeds are not of the required purity (that is, if there is not adequate expression of the HT trait).

The government, you say, has assured stringent action. But on 5 October, the Andhra government issued a notification setting up a committee to study the “efficacy” of illegal HT cotton, when it should have investigated and punished those who were doing the illegal cultivation.

If the government cracks down on the illegality, what alternative can it offer to farmers who want the technology? It cannot offer an approved hybrid because there is none that is awaiting approval, after Mahyco withdrew its application.

In the interests of the farming community and the seed industry,  Mahyco should reconsider their decision of withdrawal.

But if you have the PPVFRA (Protection of Plant Varieties & Farmers’ Rights Act) sword hanging over you, which company will …

(Laughs). As an association we have made a representation to the concerned authorities that there is a conflict between PPVFRA and the Indian Patent Act. This conflict has to be resolved.

Till that is done the government is caught in a dilemma.  On the one hand, it has to contain the proliferation of illegal HT cotton, but on the other it cannot offer an alternative because Mahyco is not assured of intellectual property protection.

Do you think this is a dilemma of the government’s own making?

What did agriculture minister Radha Mohan Singh (whom Ramasami had met just before the interview) say, because he has been trying to undermine the Indian Patent Act (through the Essential commodities Act and the PPVFR Act).

What impact has this so-called conflict between PPVFR Act and Indian Patent Act had on the seed industry?

A seed company develops a block-buster hybrid. In the next two years, 3-4 operators offer copies. This is because we do not get any protection under PPVFR Act.

For GM or non-GM hybrids? Can you give a concrete example?

I do not know whether it is pertinent to state my own case.

In your own case what happened?

Our RCH-659 is a good variety. It is 3-4 years old. It was copied by four operators. We are not getting royalty. It is happening without my approval. We have made an application to PPVFR Authority but registrations are not happening for last 4-5 years. Applications are pending.  (He then explains how the PPVFR Act will deny patent protection to Mahyco for the herbicide-tolerant trait: “Already the material is in their [seed companies] hand. They will say they will do research and put the trait into their [proprietary] varieties).

And you produce seed with the GM trait using conventional breeding techniques.

And then the patent act does not apply because the breeding is a biological process, which is not patentable.

In 2015, the agriculture ministry brought genetically-modified insect-resistant Bt cottonseed under price control nationally and reduced the trait fee from a little over Rs 160 per packet of 450 grams to around Rs 50. Is that one of the reasons why Mahyco withdrew its application for approval of HT cotton? That it found the business not profitable at that price?

That might be one of the reasons.  It may not be Rs 50. I do not know what price the government will fix for a new technology. What I have realized is that technology providers want a consistent policy.

Rasi Seeds is both a franchisee of Mahyco-Monsanto Biotech for the insect-resistant trait in cotton. It also has its own proprietary non-GM cotton hybrids. Do you think government has a role in fixing the trait fee?

For technology the government must fix the price but there should be free pricing for seed. This is because if a poor quality hybrid is sold at the same price as a better quality hybrid, there is no incentive for the company which produced the better quality hybrid. Prices will not rise because as far as (Bt) cottonseed is concerned there are more than 50 competing companies which produce one and a half year’s requirement.  The industry is always carrying over 2-3 crore packets.  Free pricing will not result in exorbitant pricing. A few hybrids might be selling at a better price.

Why deny a free hand in pricing to the technology developer?

That is their prerogative. If I develop a technology I will have to price it based on the investment I made, the gestation period….

Do you think the government’s attitude to technology protection is not conducive for technology to come in?

Exactly, exactly. Do you think Indian companies do not have the capability to develop technologies matching those of the multinationals? Definitely, we have the capacity. But we are not able do so because of inconsistent policies and the unpredictable regulatory regime.  I cannot know when a technology will get approved.

We find there is excessive regulatory caution when a company is abiding by the law and goes through the grind of bio-safety tests for obtaining approval. On the other hand caution is thrown to the winds when farmers use technology illegally. Governments are aware. Monsanto says it has been bringing the illegal cultivation of HT cotton to the GEAC’s notice since 2008. But there has been absolutely no action. Political expediency seems to prevail.

The prevailing conditions are not good for the seed industry. Especially for Indian companies because multinationals have operations across the world.

Moving on. Can you tell us something about the Bt brinjal that you have developed?

I applied for BRL-1 (Biosafety Research Level -1) trial.  It goes to RCGM (Review Committee on Genetic Manipulation) and comes back with some queries. Again we go back and it comes back with more queries.  This has been happening for a year. Beyond that I had to go for NOC  (no-objection certificate) from state governments (Telangana, AP and Karnataka). We made an application to Haryana. We did not get any reply. We have not got NOCs from any state.  We are struggling at the  BRL-I stage.  This is technology from Indian Agricultural Research Institute (IARI). We got the gene from it and took about three years to develop it further

How much have you invested in it?

That has to be worked out. But it is definitely not as high as that of multinationals because of the availability of skilled personnel.

Are you aware of pirated Bt brinjal being grown in the country?

I have heard. Actually, there is a risk. Bt cotton came into the country illegally first. Herbicide-tolerance has also come illegally. Bt brinjal is crossing the (Bangladesh) border. There will be no surprise if Bt corn passes from Pakistan. If everything happens like this who will give us technology and who will develop it (in India)?