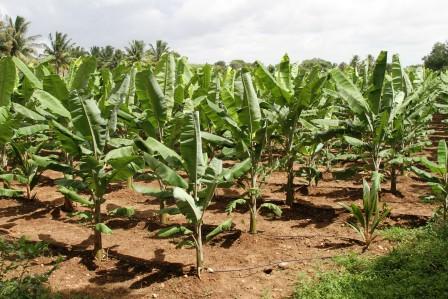 Shruti Rajagopalan, a research scholar at George Mason University in the United States has in an article in Mint welcomed the Karnataka government’s decision earlier this month to allow non-agriculturists to buy agricultural land, remove income restrictions on the buyers’ non-agricultural income (currently Rs 25 lakh) and increase the maximum permissible size of holdings by an individual or family from 10 to 20 units and by larger families from 20 to 40 units. The state also intends to amend the Karnataka Land Reform Act, 1961 in the next legislative session to reflect these changes. The reform was overdue she says and wants other states to emulate Karnataka.

Land reforms were enacted soon after independence to end the zamindari system. In order to prevent distress sales of land after a bad harvest, non-agriculturists with non-agricultural income above a certain limit were barred from buying agricultural land. This has ended up harming farmers in Rajagopalan’s view. The prices of agricultural land have been depressed. The cap on the maximum area that a farmer can own has resulted in fragmenting inherited property to uneconomical sizes.

Rajagopalan speaks of thin and thick markets. Thick markets have high trading volumes and lots of buyers and sellers. There are greater gains, she says, not only when the number of transactions are high, but buyers and sellers have different preferences, productive capabilities and individual endowments.

Vivian Fernandes’ observations: This is an interesting article but what if choice also results in harm to farmers? Moneylenders might have an interest in forcing farmer-borrowers to default in order to acquire their land. Landed farmers might become landless labourers in their erstwhile farms. Farmers may not invest the proceeds from land sales wisely, either because they lack knowledge or safe avenues, risking their own well-being and that of their families. They might squander the money in drink. Agricultural land as an illiquid asset at least offers some security.

Anil Ghanvat, President, Shetkari Sanghatana writes in response to Vivian Fernandes (He is also a farmer): The fear of moneylenders forcing farmers to give up their land to the lender is happening even today everywhere in Maharashtra. The threat of farmers wasting their money in drink and other pleasures is also not true. Many farmers, around Pune, Nasik and Nagpur have sold their land and invested their money properly in other businesses or bought land at cheaper rates in other places. Many of the posh hotels in Shirdi are owned by sons of farmers who sold their land. Land laws have killed the land market. If it opens, farmers may get a better price. There are people who misuse the money but the percentage is very low. We can’t force farmers to stay in poverty and engage in a business which gives no returns. They are forced to be land labourers today. What kind of security can a marginal landholding offer to a growing family?