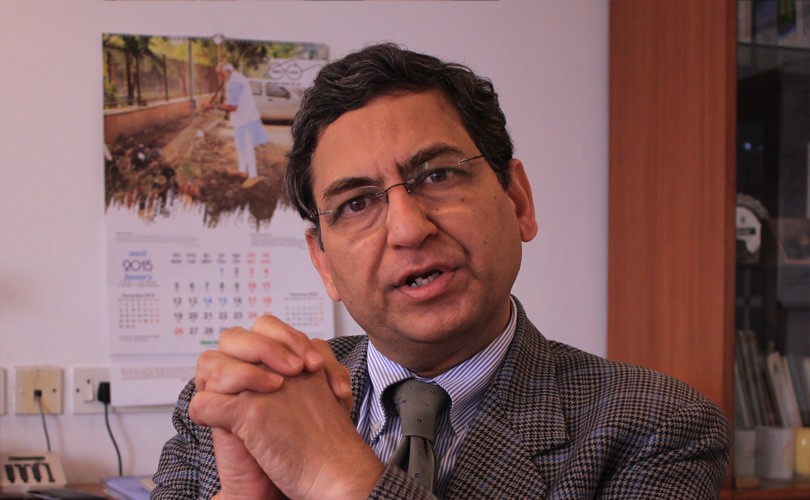 The IAS officer who retired earlier this year suggests how the government can beat a path through political hostility (much of it of its own creation) to access critical farm technology from US multinationals.

The agriculture ministry’s concerted attack on Monsanto and the hostility it faces from an assortment of academics, civil society groups and public sector scientists had promoted former civil servant Pravesh Sharma to propose defence procurement as a model for import of agricultural high technology.

The former managing director of Small Farmers’ Agribusiness Consortium (SFAC) says India cannot do without a continued supply of such technology and it also cannot depend only on itself.  The Green Revolution, he says, was a collaborative effort between non-profit research bodies like Norman Borlaug’s Mexico-based CIMMYT, the International Rice Research Institute (IRRI) of Manila and our own scientists. The reflexive anti-American, anti-MNC sentiment was no weaker then than now, he says, in an insightful piece in the Indian Express, but the political leadership at that time, mainly comprising Food and Agriculture Minister C Subramaniam in Prime Minister Lal Bahadur Shastri’s government did not care for these distractions. It took a strategic decision to import small quantities of dwarf wheat and rice varieties for crossing with Indian varieties, and multiplication. Subramaniam even grew hybrid wheat in his own lawn in Lutyens Delhi, such was his anxiety to end India’s dependence on American food aid.

Sharma told this website that he has sounded out the government while in service but could not make public his views.  If India can import electronic items like smartphones worth $10 billion annually, surely it can afford to pay for critical farm technologies, for free supply or at affordable rates to our cultivators Sharma had retired from the Indian Administrative Service in February. A Madhya Pradesh-cadre official, he energetically drove the SFAC movement to organize farmers into producers companies so they could benefit from economies of scale in procuring inputs, engaging agronomic advisers, and obtaining better prices for the stuff they sold.

‘The political economy of agriculture now will not permit market forces to have a free play,’ says Sharma. He cites the example of Monsanto, who success in genetically-modified Bt cotton has been questioned since it was approved for cultivation in 2002. The agriculture ministry has joined the attack: it has slashed the technology fee payable to the American multinational, imposed countrywide price controls on Bt cottonseed, made a reference against the company to the Competition Commission and petitioned the industry ministry for revocation of patent on the company’s Bollgard II Bt cotton technology.

‘The temptation for state agents to influence economic decisions would remain a threat to businesses in the near term. Only when this situation has improved over a decade or so, and market-determined pricing for inputs becomes accepted practice, can one realistically expect agricultural technology liberalization in the full sense,’ is Sharma’s conclusion.

Tlll then NITI Aayog could identify critical gaps in agricultural technology and procure those that are necessary using government-to-government purchase mechanisms.

(Top of Pravesh Sharma a MD of SFAC by Vivian Fernandes)