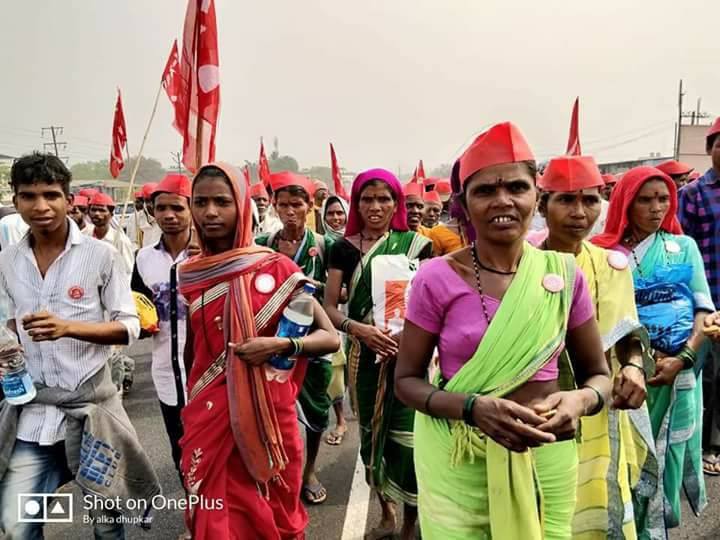 There was a compelling reason for tribals to undertake the 180 km walk from Nashik to Mumbai in the second week of March. Among the states with sizeable (but minority) tribal populations, Maharashtra tops in rejecting applications for land titles, says an IndiaSpend report. Citing figures of the Ministry of Tribal Affairs, it says four states, that is, Madhya Pradesh, Chhattisgarh, Odisha and Maharashra have received 4.19 million applications. (The report does not mention Gujarat, Andhra Pradesh, Telangana and Jharkhand, which also have large tribal populations). Of these 44 percent or 1.83 million claims were rejected. Maharashtra received 3.64 million claims but rejected 64 percent or 2.32 million of them says the report.  The reason most cited was lack of documents, though the Forest Rights Act of 2006 does not insist on them.

In another report in the Indian Express, Rajshree Chandra, explains that for tribals land titles are not just about ownership of immoveable property; they give them a sense of belonging. The tribals of Niyamgiri in  Odisha where Vedanta intended to set up a bauxite mining project, regard the hill as a repository of medicinal plants. They worship it as Niyamraja. Chandra, who teaches political science at Delhi University and is fellow at the Centre for Policy Research, says the Forest Rights Act of 2006 is meant to protect the rights of tribal communities to land or forests they have inhabited and cultivated for generations. It has the potential to recognise tribal rights on an estimated 85.6 million acres and empowering 200 million forest dwellers in 1.7 lakh villages. The rights include title rights, user rights, forest management rights and relief and development rights. It gives village panchayats the right to allow or prevent alienation of forest land for industrial or infrastructural purposes.

“Such demands for forest rights are a call for upholding local practices of belonging. We need to move away from a discourse of governance that thrives on creating internal colonies and fosters subjecthood rather than citizenship,” Chandra says.