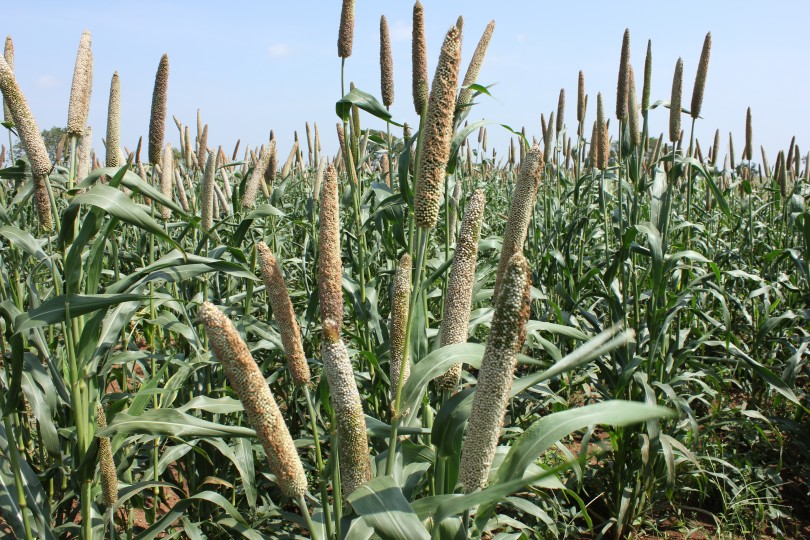 Karnataka is plugging millets as nutri-cereals that are good to eat and grow and kind on the planet. State agriculture minister Krishna Byre Gowda said the perception of ragi (finger millets) and jowar (sorghum), the two principal millets grown in the state, as food of the poor is changing mainly among those with lifestyle diseases. Non-communicable diseases like diabetes and hypertension, have replaced infectious diseases as major risk factors. In some states this transition happened as early as 1986. In others, it took as late as 2010.

The state has developed a brand called “Siri,” which means “rich” in Kannada and is calling millets Siridanya or rich grains. It is trying to expand the market for them through awareness about their health and environmental benefits and working with food companies and the hotel industry to create novel products and dishes. The expectation is that demand will drive supply by persuading farmers in less-endowed areas to grow them and also give the crops better care with protective irrigation for enhanced yield. According to the Indian Institute of Millets Research, the yield of jowar is one tonne per hectare in dry land conditions but with one or two irrigations it can rise to 6-8 tonnes per hectare.

Gowda was recently in Rome to get the United Nations, through the Food and Agriculture Organization, to declare 2018 as the International Year of Millets. Bengaluru is hosting an international fair in January for organics and millets. Both converge as millets do not need chemical fertilizers or pesticides.

The Hyderabad-based International Crops Research Institute for the Semi-Arid Tropics (ICRISAT) said it did face-to-face interviews with 15,500 shoppers at malls in seven cities and surprisingly, about half of them said they were eating millets daily on weekly. It is possible that the interviews were not done randomly, and there was a selection bias towards those who were older, because 42 percent of about 4,000 persons interviewed in Delhi for the survey, cited health complications as a reason for consuming them. Millets have low glycaemic value, which means they release energy slowly and therefore keep blood sugar levels stable. Besides, they are nutritious. According to the National Institute of Nutrition’s food composition tables, 100 grams of ragi have 364 milligrams of calcium; buffalo milk has 121 mg. They are also rich in fibre.

Only eight percent of those interviewed for the Icrisat survey said they liked the taste, so palatability is a hurdle that will have to be negotiated. Millets like bajra do not keep long; so they cannot be blended. These are issues that the Karnataka government wishes to address.

Since taste is often acquired, catching them young through mid-day school meals could help. The Karnataka government is offering a bonus of Rs 400 per quintal in addition to the minimum support price of Rs 1,700-1,725 per quintal of jowar and Rs 1,900 for ragi. The procured millets are supplied through ration shops. Union Agriculture Secretary Shobhana Pattanayak said efforts are being made to supply them to soldiers. If the armed forces agree, a big market would open up.

Recommendation by doctors and trainers was also cited as reason for consuming millets in the Icrisat survey. Curiously, though 89 percent of the interviewees said they were reasonably or very health conscious, only 31 percent were aware that millets were healthy. This calls for an awareness campaign.

The consumption of millets has declined in countries that saw the Green Revolution, which gave food security through high-yielding varieties of rice and wheat. These and maize are now the big three cereals that, according to Joanna Kane-Potaka, Director, Strategic Marketing at Icrisat, provide about 50 percent of the world’s protein intake to humans. Rice alone soaks about 45 percent of the crop research money. Icrisat calls millets smart foods of the 21st century because they are “good for you, the farmer and the planet.” They are the last crops standing during droughts; bajra, it is said, can tolerate 10 degrees C more heat than wheat.

They are also good for animals. Millet fodder sells for the same price as millets, says Gowda because they raise milk yield. Since the dairy industry is thriving, millet producers should hitch on to it. In North Karnataka, Gowda says it is a practice for farm owners to retain the fodder and let tenant cultivators keep the grain for own use or for sale.

Through Icrisat, Karnataka is mapping the genomes of millets of interest to its farmers. Knowing the properties of various genes will help in shortening the time taken for creating new crosses with qualities like better palatability, improved shelf life and higher yield through marker assisted selection.

Karnataka is linking millets to the organic food movement, which it is promoting.  At the January fair the two will converge. Chemical fertilizers are not applied to millets because they will not respond with higher output when grown in poor soils without irrigation. Chemical pesticides are used, but can be replaced with bio-pesticides if the organic tag fetches a higher price. Small farmers therefore need to be organized into producer organizations, so that their small lots can be aggregated and marketed. Karnataka has 14 farmer federations and is giving a thrust to producer companies.

Gowda says the state is not hung up on organic farming. It is an alternative that is being offered to farmers. High output Green Revolution agriculture should be practised, he says, with judicious use of chemical fertilizers combined with compost and farm yard manure to improve soil quality and texture.  “India is a reckless abuser of the environment,” he says. It will have to learn to tread lightly on earth. Standards will have to be evolved and enforced for low- or residue-free chemical- based agriculture.